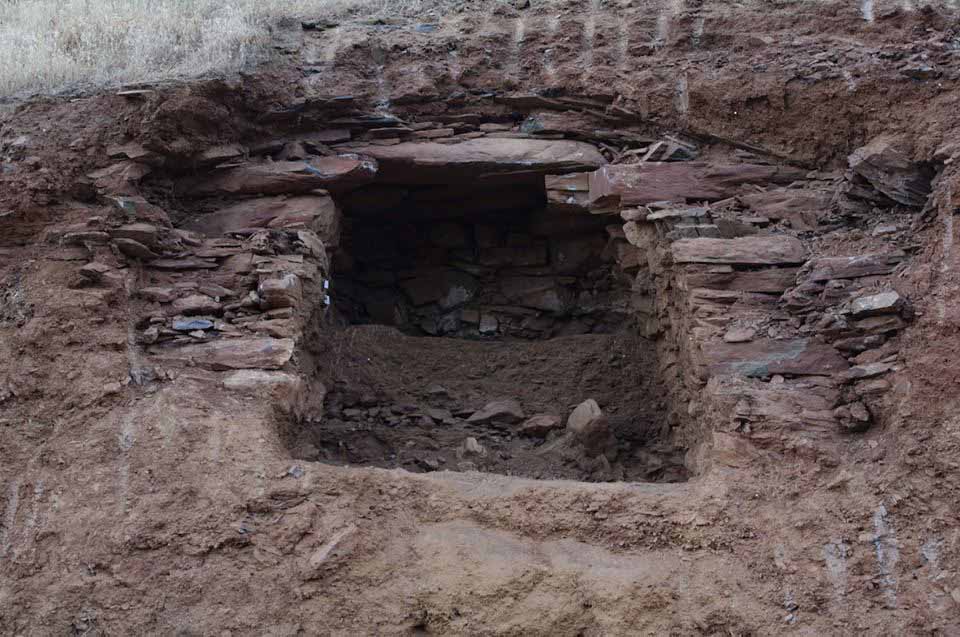 Archeologists investigated in northern Iraq a tomb an age of 2400. In it there were skeletons of six people and a number of artifacts, including the bracelet decorated with the image of two snake heads looking at each other.

It is difficult to define precise number of skeletons because bones of some of them were mixed. Researchers note that it demonstrates that else in the ancient time someone got into a tomb and, perhaps, robbed her.

Also archeologists found couple of bronze ear rings and crocks in total of 48 clay pots, five of which still whole. Judging by artifacts, in a tomb not rich men, but people of quite modest prosperity were buried.

The tomb was constructed in the last years or right after the end of existence of the power Akhemenidov, the ancient state created by a dynasty of tsars of Ancient Persia and won subsequently by Alexander of Macedon. In particular, to date pointed the found bracelet — such jewelry was popular during rule Akhemenidov.

The tomb was found in the summer of 2013 when the workers broadening the road came across it. Scientists note that it “safety is critical for preservation of heritage of Northern Iraq” in the territory of which Islamic groups already destroyed and plundered a set of historical monuments.