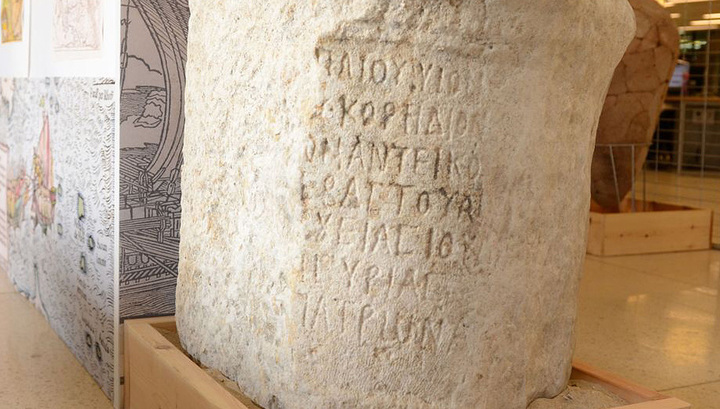 What do we know about procurators of Judea? About one, for obvious reasons, all heard – about the fifth, Pontius Pilate. Even the one who did not read neither Iosif Flavia, nor Tacitus, nor the New Testament, remembers from Bulgakov: “the cruel fifth procurator of Judea rider Pontius Pilate”.

It is curious, however, that all above-mentioned – dear historians, evangelists and even Bulgakov – were mistaken. Pontius Pilate a procurator was not and could not be: this status was injected later. Kuspy Fad in the 44th year of our age became the first procurator of Judea, and Pontius Pilate whose namestnichestvo in Judea fell on the period from 26 to 36 year, was the prefect of the province.

This anachronism, obscure to general public, is important for historians. First, the mistake in the name of an official position of Pontius Pilate indicates that all written sources mentioning it were created after 44 years, that is authors managed to get used to a new job title of the deputy in Judea – the procurator, but not the prefect. Secondly, this anachronism confirms once again that written sources not in everything are reliable, unlike archaeological artifacts of the corresponding period.

For life time of Judea as Roman province, from 6 to 135 year of our age, historians counted 30 governors of Judea – in the different statuses and ranks. The information about many of them had to be got on particles, about some – to guess, but in general scientists were sure that they found out names of all Roman deputies in Judea.

To find a new name – the sensation is more narrow. To find it not in historical chronicles, and on a lifetime artifact – it is invaluable. Such find was made by the Israeli divers in the harbor of the ancient city of Dore.

The stone with the inscription cut on it was found in January, 2016. The storm bared the site of a seabed at a depth only 1,5 meters – so the underwater archeologists from university of Haifa surveying the harbor could notice obviously man-made stone block under water. 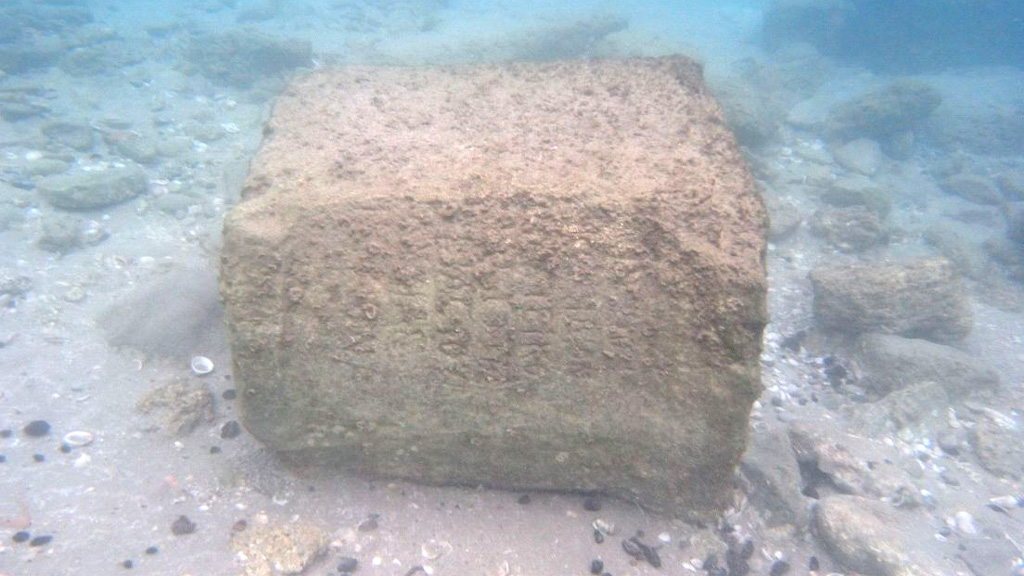 The stone block found in January, 2016 in the harbor of the city of Dore.

The stone the sizes of 70 by 65 cm and weighing about 600 kg was quickly lifted from the bottom, some more months cleaning of sea deposits and interpretation of the found inscription occupied it. In December results of work of scientists were reported by the Israeli news website Haaretz.

Professor Assaf Yasur-Landau from university of Haifa was engaged in interpretation of seven inexact lines executed in Greek. A part of the text is absent, however scientists believe that the original inscription looked so: “Dore’s city in honor of Mark Paktion, the son Publiya, Silvanus Kvint Korediya Galla Garghilija Antiqua, the governor of the Province of Judea, and also […] the province Syria and the patron of the city of Dore”.

Most likely, the stone with an inscription – a fragment of a pedestal of a statue of Gargiliya Antikva, but the sculptural image of the deputy of Judea and the patron of the city Dore was not found yet. 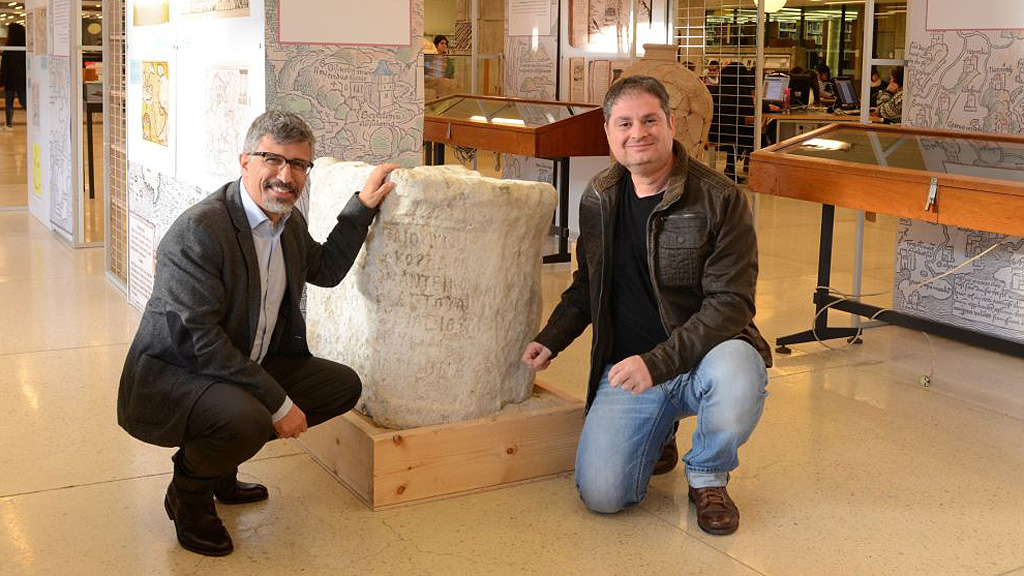 It is difficult to overestimate a significance of several lines on an ordinary-looking stone fragment. Let’s begin with the fact that it is the second inscription of the Roman era in which the Province of Judea is mentioned. Before only one was known – it is about the well-known “Pontius Pilate’s stone” found by archeologists in 1961 at excavation of the Roman theater in Caesarea. An inscription on it inexact, however the remained letters appeared enough for reconstruction of the text: 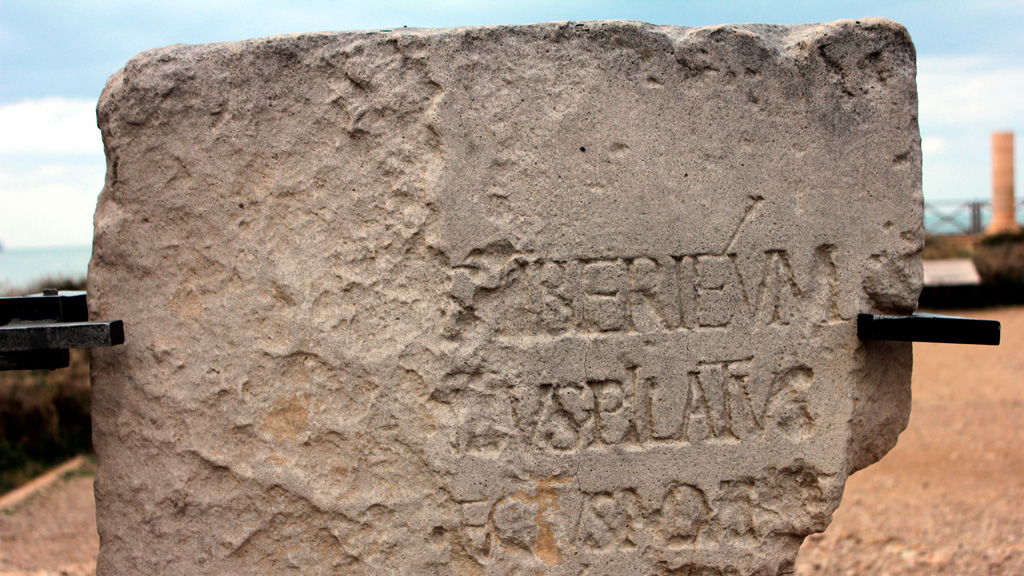 The copy of “Pontius Pilate’s Stone” established in Caesarea.

Nakhodka of 2016 is not less significant. “We for the first time with absolute confidence identified the person operating Judea in critical years before a revolt Bar-Kokhby, and also we found the second mention of the Province of Judea in inscriptions of the Roman time”, – professor Yasur-Landau says.

News was published on the Israeli news website which readers do not need padding explanations: a revolt of Jews against Romans under Shimon Bar-Kokhby’s leadership – one of the major events in the history of the Jewish people. It began in 132 and several years lasted long, it is humiliating for Romans. The end is known: the rebellious province was covered with blood. The historian Dion Kassy reports that during military operations 580 thousand Jews, apart from the dead died from hunger and diseases: “all or almost all Judea turned into the desert”.

However suppression of characteristic province cost much to the mighty empire incredibly. Rome exposed against the risen more than ten legions, three legions were completely destroyed, total losses were estimated in tens of thousands of soldiers. Reporting to the Senate about suppression of a mutiny, the emperor Adrian did not even dare to use a routine formula “I and My Legions We Stay in Wellbeing” in such cases.

The emperor understood that for a final and irrevocable victory it is not enough to exsanguinate the opponent – it is necessary to break his spirit, to erase memory, to break link of people with the earth. So in 135 the Roman province of Judea ceased to exist, it was renamed into Syria Palestinian, by Syria Palaestina. “Jerusalem has to be destroyed”: on its place the Roman city with the Roman name Helia Capitolina in honor of the victorious emperor whose complete name – Publy Ely Adrian began to grow.

The main events are known, however this period continues to intrigue historians. Considering the scale of an event and its consequences, authentic data on a revolt are not enough – it had no chronicler. Бóльшая a part of information contains in the multivolume “Roman history” of Dion Kassiya written in several decades after the revolt Bar-Kokhby and also in talmudical literature that does not add historical clarity at all. Rare archeological finds, in particular, of an inscription on the Roman monuments and written documents of an era of a revolt remain the most reliable source. Opening about which seldom report to general public help scientists to find out the major facts necessary for reconstruction of events.

For example, in 2002 thanks to interpretation of an inscription on ruins of a triumphal arch in honor of Adrian scientists could find out precisely year of final suppression of a revolt – the 136th, but not the 135th as was considered earlier. Shimon Bar-Kokhba, centuries remaining a semi-mythical figure, in the XX century found actual lines: among the well-known rolls of the Dead Sea found in the Judaic desert his original letters were found. In 2009 in the black market of antiquities the invaluable papyrus of an era of a revolt was intercepted, and the grandiose archaeological expedition which has to begin just about will look for in caves near the Dead Sea not only bible rolls, but also the artifacts belonging to the supporters disappearing in caves Bar-Kokhby.

It would seem, from the Roman side of clarity has to be more – the Empire was huge bureaucratic machinery which usually left many marks in the history. The revolt Bar-Kokhby was more narrow the third mutiny of Jews for memories of Romans – the first armed conflict happened still in the late sixties. It is one of the reasons why in the 70th year in Judea the era of procurators ended. They were replaced by deputies with experience of conducting combat operations and more serious status: legatus Augusti propraetore, Augustus’s legate pro-pretor. One of the major differences from prefects and procurators – function of the commander-in-chief of all armed forces which are deployed in the province.

Now “career” Gargiliya Antikva is reconstructed more in details, and the career of this person can tell something about the state of affairs in Judea entrusted to it.

It is known that in 116-119 years Gargily Antikv got experience of management of the province Arabia Petreyskaya, in 119 became the consul-suffektom, and after (about 122 years, scientists consider) it was appointed the deputy of Judea, having released from this duty Lution Kossoniya Galla. As long Gargily Antikv operated the province – still not clearly, perhaps, about two years. However his further career prompts that the namestnichestvo in Judea was successful, in any case, from the Roman point of view. In 135 Gargily Antikv was appointed the pro-consul of Asia that it is possible to consider top of his political activity.

The name of one successful Roman helped to build a logical line-up: during a namestnichestvo Gargiliya Antikva in Judea all was quiet or looked that. That case when the received answer raises even more questions: the revolt Bar-Kokhby began in 132 not from scratch, several years prepared for it. Rebellious moods ripened, rebels stocked up with weapon … The deputy of the imperial province was obliged to report to the emperor about any threat to the Roman dominion and to wait for further orders from “administration”. If concern about affairs of the province increased, traces of such correspondence between Gargily Antikv and Adrian had to remain anyway. But so far everything that was found by scientists, – two fragments of monuments in honor of dear head and the generous benefactor.

Still it is necessary to understand in what context in the found inscription Syria is mentioned (it is authentically known that Publitsy Martsell was a deputy of this province from 128 to 135 year and for others there was no place). Who was a deputy of Judea between Gargily Antikv and “tyrant” Tinej Ruff – too it is unknown.

Anyway, all are happy: scientists received new food for reflections, and fans of history – an opportunity to see the most rare artifact found at the bottom sea and nowadays exposed on a public inspection in library of university of Haifa.