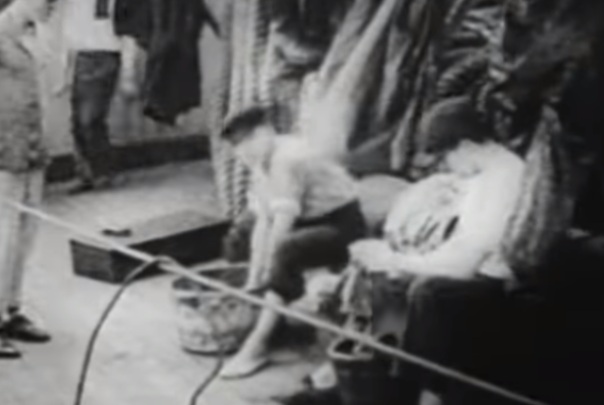 Simple in production but brilliant in content, this is our best-selling video to date. Captain Irving Johnson sailed aboard the bark “Peking” in 1929, as the sun set on the day of commercial sail. During his voyage on the big German windjammer, Johnson compiled unequaled footage of the crew’s daily activities, and spectacular images of a wild storm as the ship made the dangerous passage around. Johnson’s narration of the trip is a delight