At Pskov found the grave of ancient warrior 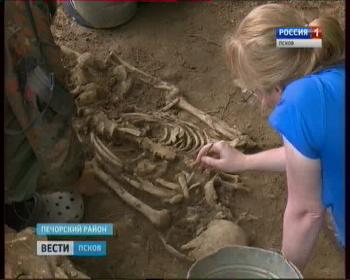 A unique find was discovered by Pskov archeologists under the Old Izborsk. For the first time on the burial ground Ust-Tar was excavated the burial of a combatant of the Izborsk years ago. Before that there were discovered eight tombs, but among the buried were not warriors. The same man was buried with special honors, and near him was found his weapon – a knife and a battle-axe.

Local is a truly unique find. Occupation of Izborsk combatant specialists told axe that was found next to the skeleton. This so-called “bearded” axe. Its blade is thrown down like a beard. They appeared in Northern Europe in the 8th century and it is not an instrument of labor, and the weapons of a warrior.

BORIS KARLASHOV, CANDIDATE OF HISTORICAL SCIENCES, SENIOR SCIENTIFIC ASSOCIATE OF THE PSKOV ARCHAEOLOGICAL CENTER:
So that’s the man we’re researching had a certain high status in society, Izborsk, and was buried with great honors, judging by the size of the burial pit. In addition to the axe in the grave found the knife and the collapse of the stucco of the pot. The material may not be very rich, but still to Izborsk it is important and interesting.

For a thousand years, the skeleton is strongly deformed under the weight of earth and stones. Therefore, to accurately say what killed the man is now impossible. Over this question experts still work. In recent years, in Ust-Tar was found nine graves. Two years ago it was rich in equipment of the female burial. Working on the excavation, archaeologists and volunteers and this time hoped to find the female skeleton.

ANDREY GROMOV, A VOLUNTEER:
Because the first woman, whom we found lying here with an orientation that is so. Then it became clear that here is still another, apparently, a representative of another tribe, was a man. The axe, as it were, a knife, a pot burial, the inventory was like this. Warrior harsh, nothing more.

For Andrew this is not the first local burial, which he had to investigate. As a volunteer at excavations in the Old Izborsk he comes for the third year. Here, by the way, these enthusiasts a lot. To touch the antiquities of the Pskov land every year come from Moscow, St. Petersburg, even Khabarovsk.

ROZALIA PODGORNAYA, SENIOR RESEARCHER, ARCHAEOLOGICAL CENTER OF THE PSKOV REGION:
Some came for the fourth time. It means they like something, then they are attracted. We very much hope that not only archaeology, but also good company, which has developed over several years of our work.

As much detail as possible to explore burial archaeologists help of the most modern technologies. In the right hands, the system of terrestrial laser scanning creates a three-dimensional model of the excavation. 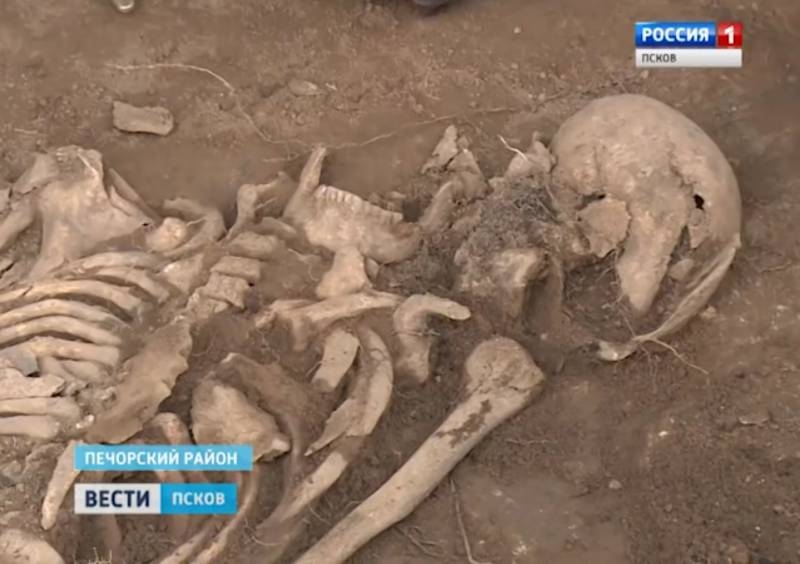 MIKHAIL VASILYEV, RESEARCHER OF THE PSKOV ARCHAEOLOGICAL CENTER:
There millimeter accuracy between two measurements there are literally two or three millimeters. This is by far turns out the most detailed survey is the most accurate, maximally perfect method of fixing.

Now excavations in Izborsk underway thanks to the help of Russian humanitarian scientific Fund. Continuing work is planned in the following field season. Archaeologists believe that there are more than one historical discovery.