Avebury — temple of the sun

England — no less mysterious country than Egypt, or China. The number of megalithic structures is very high, and Stonehenge is not the biggest. Present to You the Avebury ring 27 megaliths (originally they were here 98!).

Once, in the 2600-1600 BC, Avebury was a Temple of the Sun. Stone ring of Avebury is older and larger than the famous Stonehenge. It is the largest prehistoric monument in Europe, and maybe in the world. To get here is not difficult, or need to obtain a visa to enter or to issue an invitation for a foreigner, unless of course You have in these parts friends or relatives.

The area is more than 28 acres – it will easily fit 250 thousand people. In 1633, the writer John Aubrey wrote to king Charles II a letter of offer to visit this mysterious place, which “…is so superior to its grandeur the famous Stonehenge, as a Cathedral exceeds a parish Church.”

The monument is located in the English County of Wiltshire, presenting a ground shaft 450 m in diameter and 8 m in height, inside which is located a trench depth of about 10 m within a ditch constructed a ring of boulders, some of them up to forty tons weight. Although up to the present day survived only 27 such blocks, originally there were 98. Inside the outer ring were two smaller, each consisted of about thirty stones. Many of the blocks were split in the XVIII century during the construction of the village of Avebury, located within this massive structure.

Still not managed to recover an accurate plan of the building. We only know that there is a stone “Avenue” that leads to the Sanctuary on Overton hill. It has a width of 15 m and a length of 5 miles. Presumably there is another Avenue which should lead in the opposite direction. In the spring of 1999, the researchers Dave Whitley, mark Gillings and Josh Pollard found a previously unknown stone slabs. They most likely were part of Bukhanovsky alley.

And also confirmed that “disappeared” the roads still existed. This hypothesis was first put forward by the researcher Stucki. Beckhampton alley were previously considered just a figment of the imagination until it is confirmed by archaeological excavations. The construction, according to the researchers, resembled in its form the snake, the second alley, most likely a snake in your path twice twisted. Some researchers believe that the alleys were only four, and that they are its form resembled a Celtic cross.

All the buildings rings were made of stone and wood. Most likely, in the very center was a statue of the God, worshiped by the ancient people. The statue of the deity they took out the main street and put in the middle of the circle, and then performed religious ceremonies often included sacrifices. Alleys were created for the day of the competition, which was part of a religious celebration.

Boulders were installed after the sacrifices or burials. So, in the letter to the X century says on there that there were held burial. In our time, in this place were found the remains of ancient people that were buried at the bases of four stone blocks. 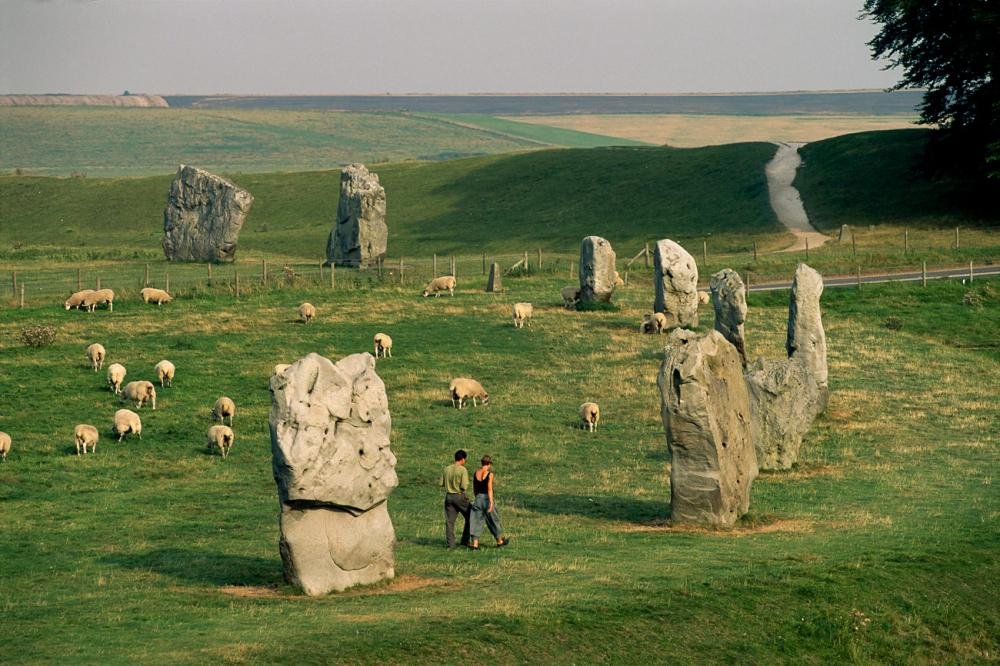 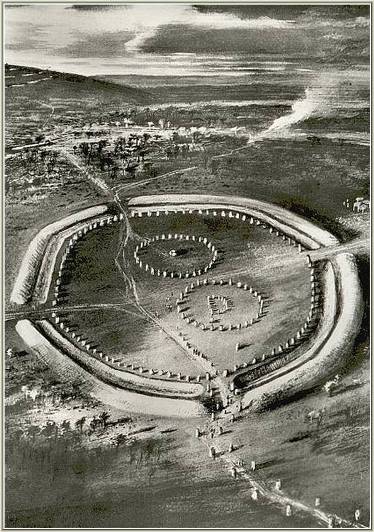 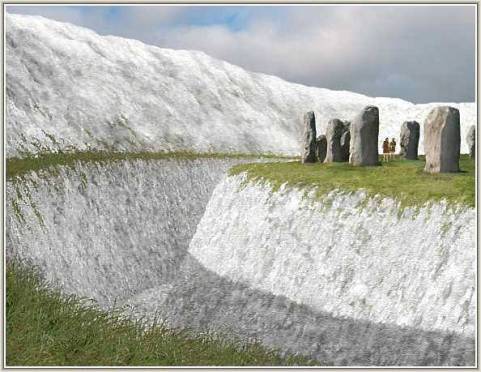 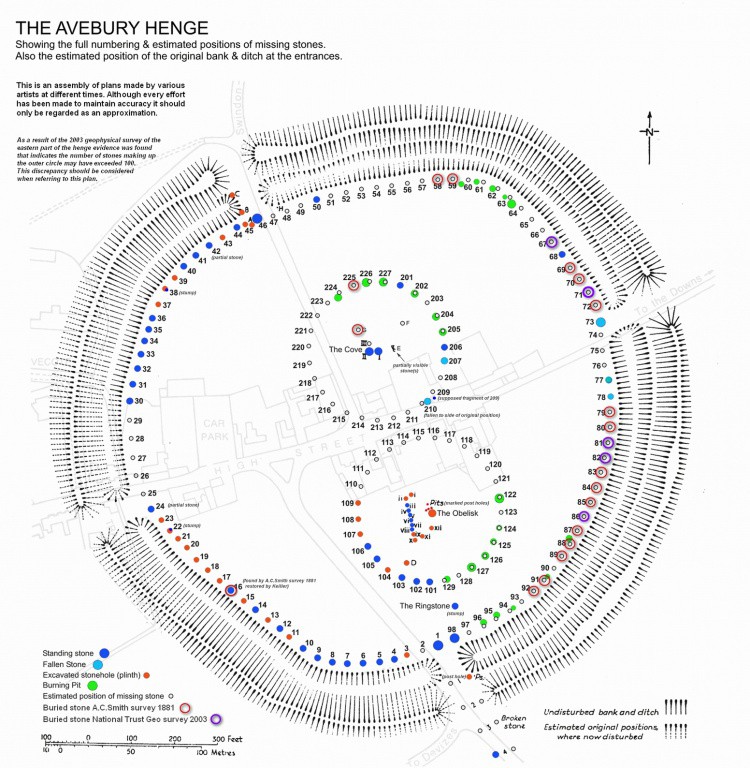 At Avebury the stones are different shapes: from the phallic to the diamond. All this makes it possible to believe that the ancient people made here, rites of fertility. If ancient women wanted to get pregnant, then they had to sit on the Chair of the Devil – the largest stone – then their wish came true.

Researchers proved the theory that here were buried the people who lived in the bronze age. Christian Church was built near Avebury in 634. But the problem lies in the popularity of pagan beliefs, which embodied the monument of Avebury.

In order for the Christian faith replaced paganism in the XIV century the Church did attempt to destroy the ring. Part of the moat was filled with earth, stones buried or pushed. This further helped to save them from complete destruction during construction work undertaken at Avebury.Later the boulders again dug up and put in their place. Also was found the skeleton of a man pinned under a huge stone during the work.

For the first time in detail Stone ring was studied by William Stukeley. He decided to make a description of the monument, because he knew that soon the monument want to destroy. Dr. Stukeley studied ancient cultures and apply their knowledge, exploring Avebury. He noticed in his research that the ancient monument combines the Symbols of the Snake and the Sun, similar to those which the ancient Egyptians called symbols of wisdom, high ideals and truths.

With one of the archeologists here and all have been mystical story. Edith Olivier in October 1916, wanted to ascend the hill, but suddenly saw a fair. Olivier later wrote the book “Not knowing Mr. Oocly”. In it the writer has depicted a modest home, a swing among the towering huge rocks of Avebury. But they did not pay attention to the locals, as if they weren’t here. Later, the writer was surprised to learn that fair in Avebury has not been conducted since 1850. She just saw in the Mirage. Such paranormal phenomena occur here frequently. So, in the summer of 1966 Mrs. Harris dreamed someone like a Vagabond. Soon, the Ghost vanished into thin air.

Stone ring attracts not only mystics and researchers, but also crowds of curious tourists, who enjoy visiting the beautiful surroundings, Awbari.