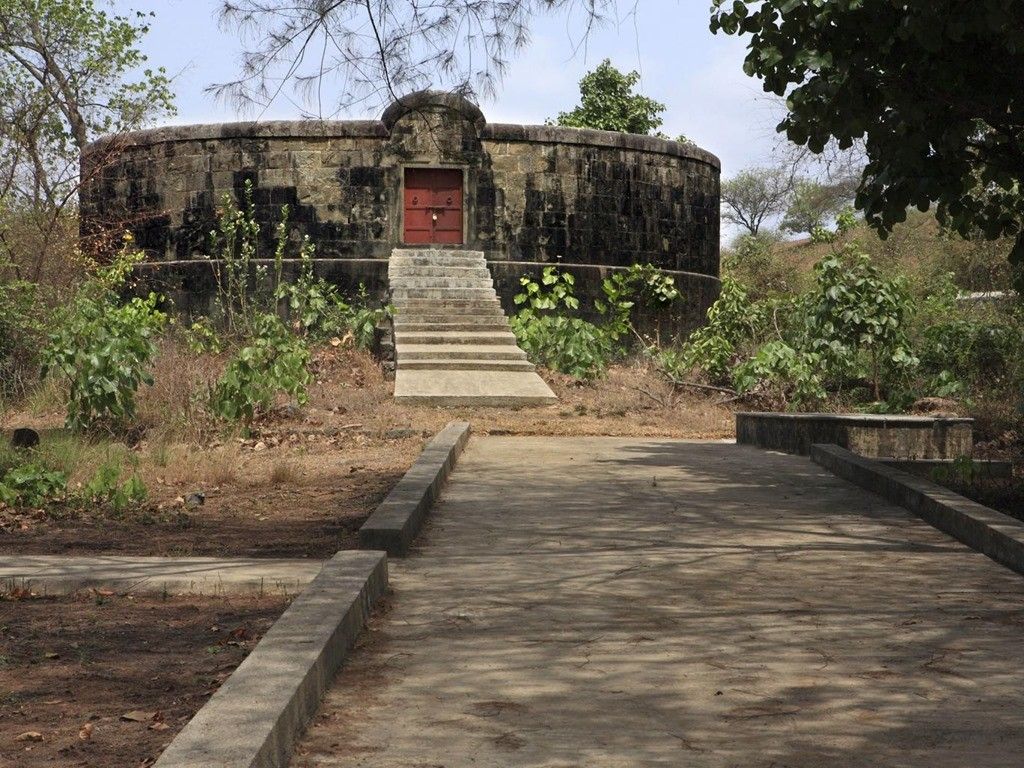 Even you can see here now such towers in which put corpses in order that they were picked by birds. 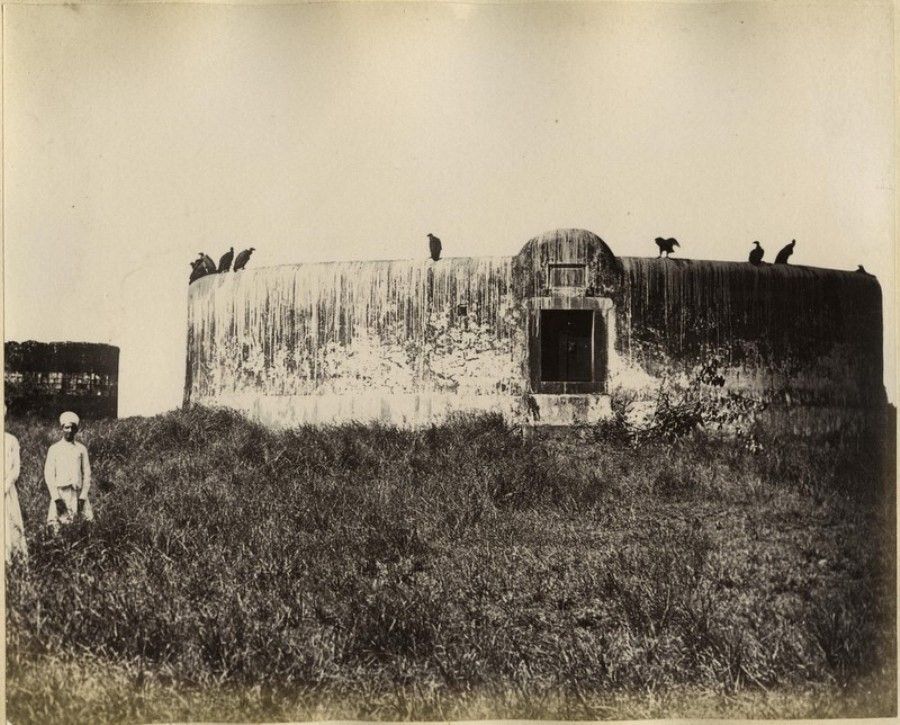 The religion of ancient Iranians is called Zoroastrianism, subsequently it has received the name a Parseeism among the Iranians who have moved to India because of threat of religious prosecutions in Iran where Islam has at that time begun to extend.

Semi-nomad cattle breeding tribes ариев were ancestors of ancient Iranians. In the middle of the II millennium BC they, moving from the North, have occupied the territory of the Iranian Plateau. Arias worshipped two groups of deities: to the akhura representing ethical categories of justice and an order and the maidens who are closely connected with the nature. 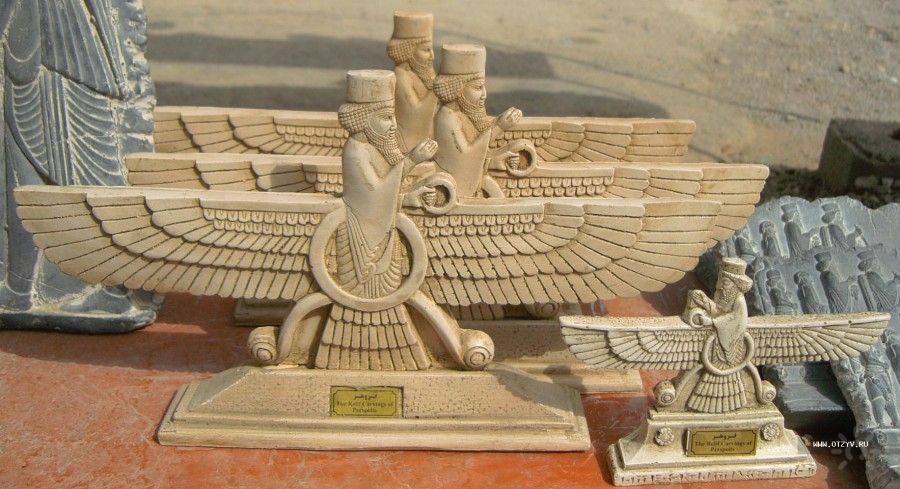 Zoroastrians have an unusual way of disposal of the dead. They don’t bury them and don’t cremate. Instead they leave bodies of the dead at tops of the high towers known as a dakhma or towers of silence where they are opened to eating for birds of prey, such as Egyptian vultures, kites and crows. Practice of a funeral recognizes belief that dead persons are “dirty”, not only physically because of decomposition but because they are poisoned by demons and evil spirits which direct in a body as soon as soul leaves him. Thus, burial in the earth and cremation is considered as pollution of the nature and fire, both elements which Zoroastrians have to protect.

This dogma about protection of purity of the nature has led some scientists to what they have proclaimed Zoroastrianism as “the first ecological religion of the world”.

In Zoroastrian practice such burial of the dead known as dakhmenashin, for the first time was is described in the middle of the 5th century BC by Herodotus, but to use for these purposes special towers of steel much later at the beginning of the 9th century. 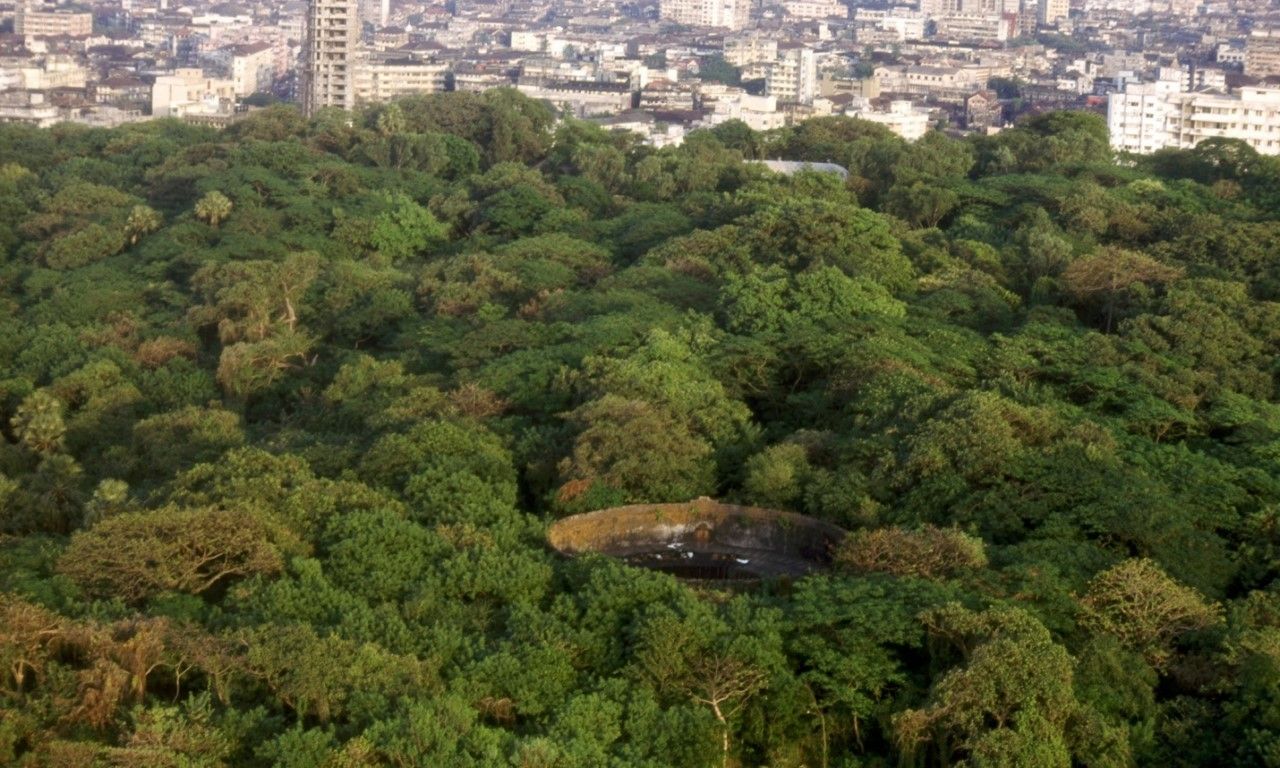 Silence towers in Mumbai, are visible from the next skyscrapers.

After birds deathbirds pecked flesh from the bones which have turned white from the sun and wind, they gathered in a hole crypt in the center of a tower where added lime to allow bones to collapse gradually. All process took nearly a year. 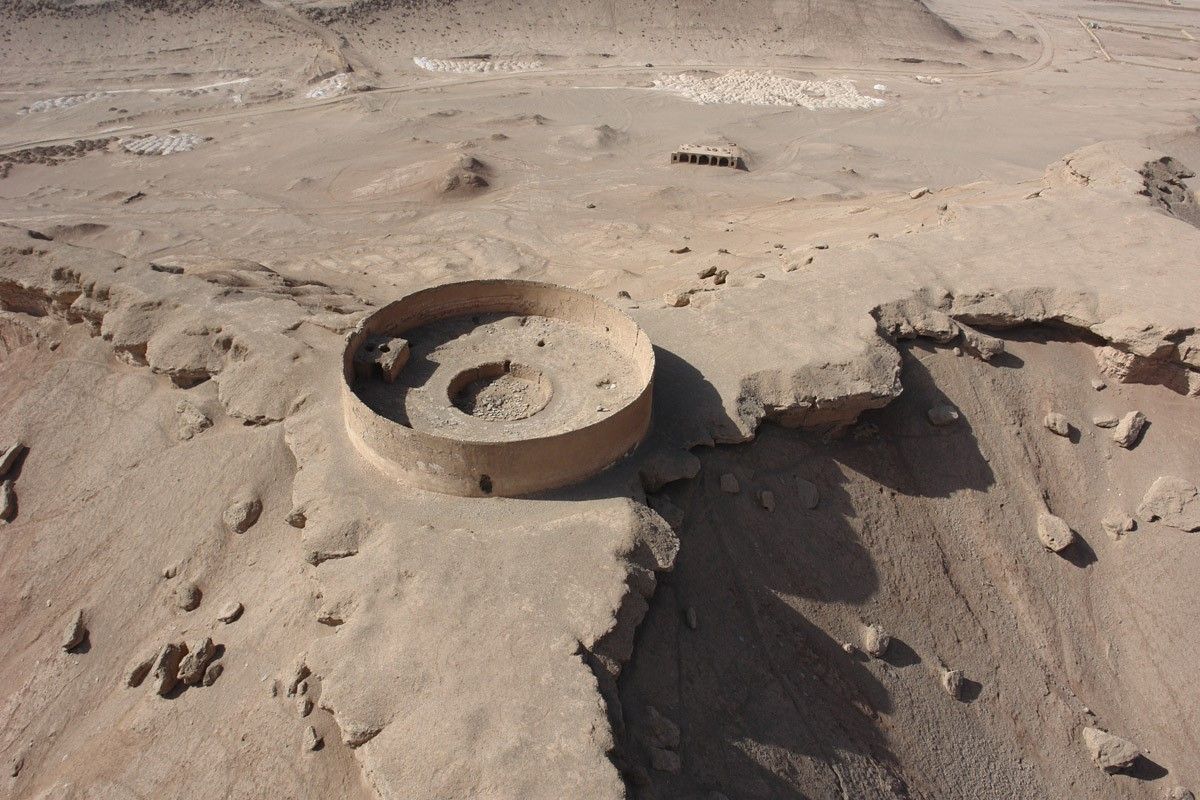 The ancient custom has remained among Zoroastrians in Iran, however a dakhma have been recognized dangerous to the environment and have been forbidden in the 1970th years. Such tradition still practices in India parsa lyudyam which make most of the Zoroastrian population in the world. The prompt urbanization, however, puts pressure upon Parsi, and this strange ritual and the right to use silence towers – very controversial issue even among a community Parsov. But the biggest threat for a dakhmenashina proceeds not from bodies of health care or from a public protest, and due to the lack of signature stamps and Egyptian vultures. 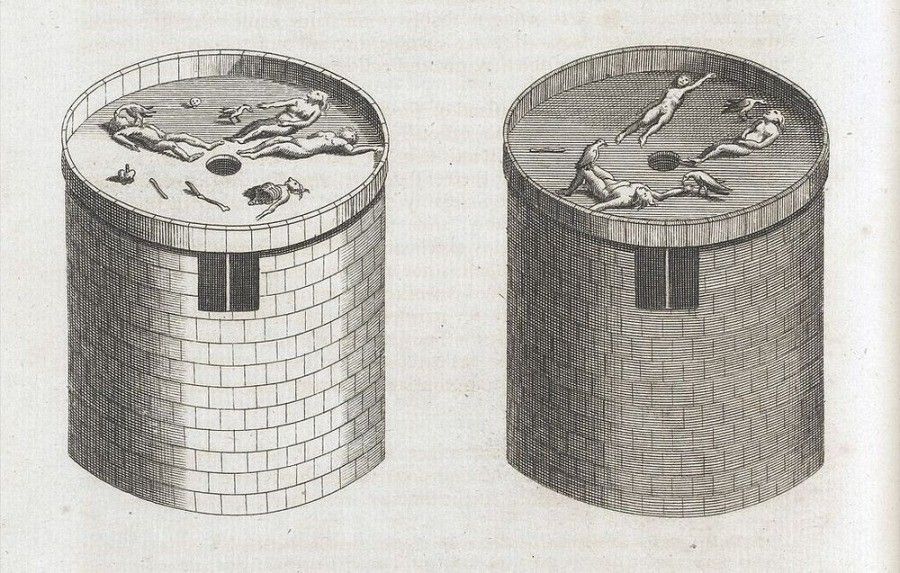 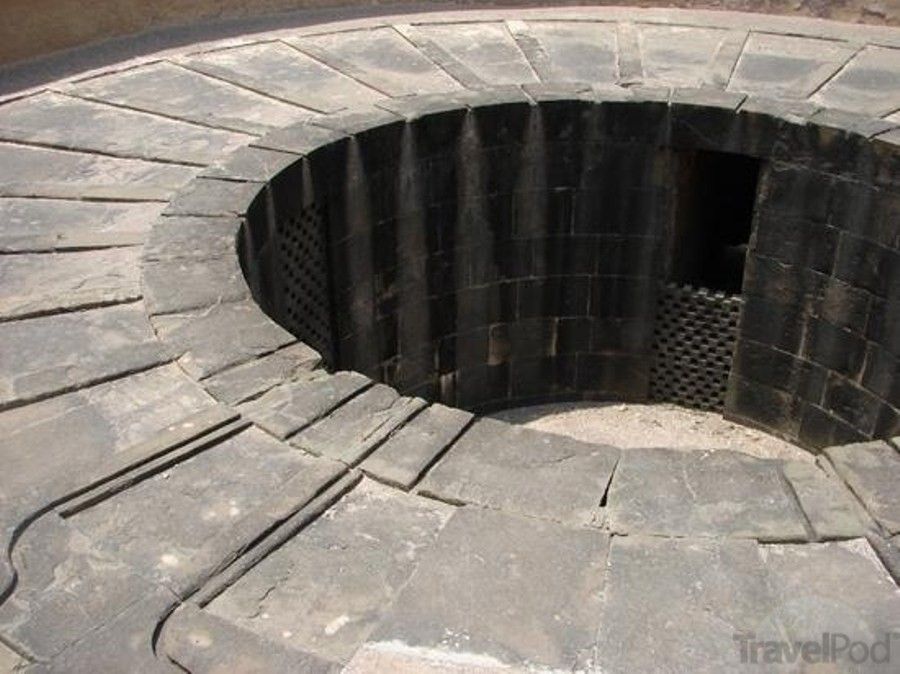 Due to the lack of signature stamps, on some towers of silence in India established powerful solar concentrators for bystreyshy dehydration of corpses. But solar concentrators have a side effect, they frighten off other birds deathbirds, such as crows, because of the awful heat created by concentrators during the day. They also don’t work in cloudy days. So work which took only several hours for pack of Egyptian vultures takes several weeks now, and these slowly decaying bodies do intolerable air in the district. Some towers of silence which were initially located on suburbs of the cities appeared in the center of settlements now and they had to be closed because of a smell. 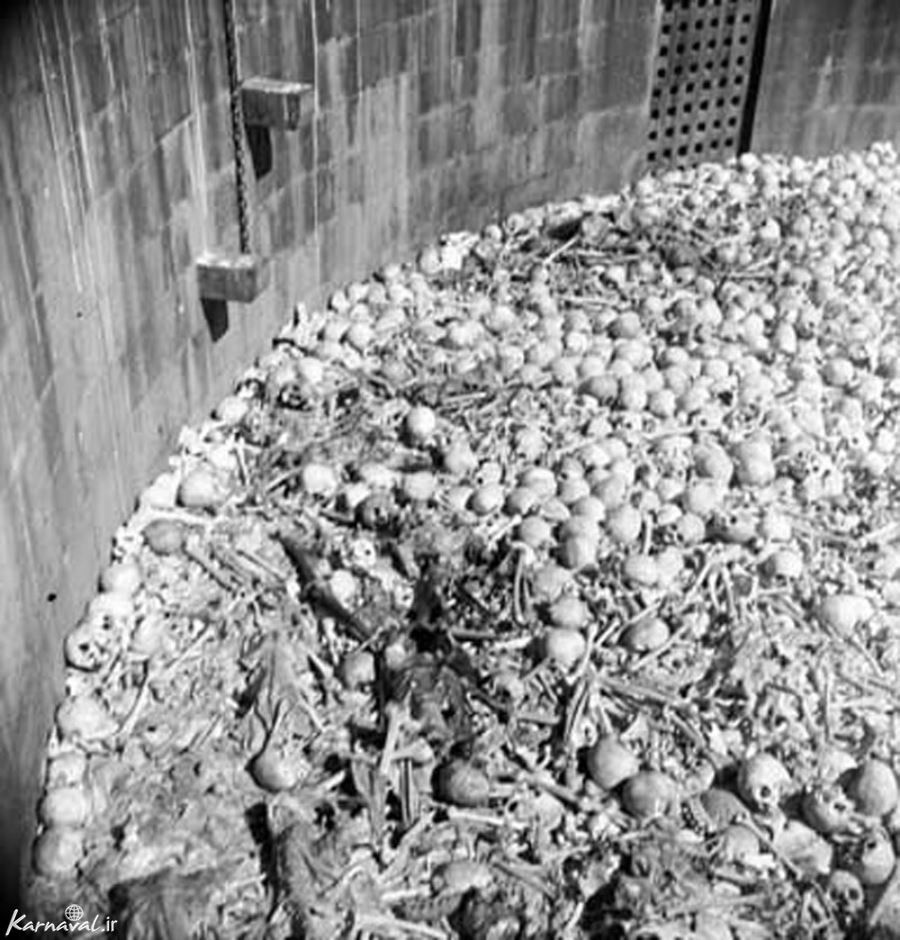 The name “Silence Tower” was thought up in 1832 by Robert Murphy, the translator in case of the British colonial government in India. 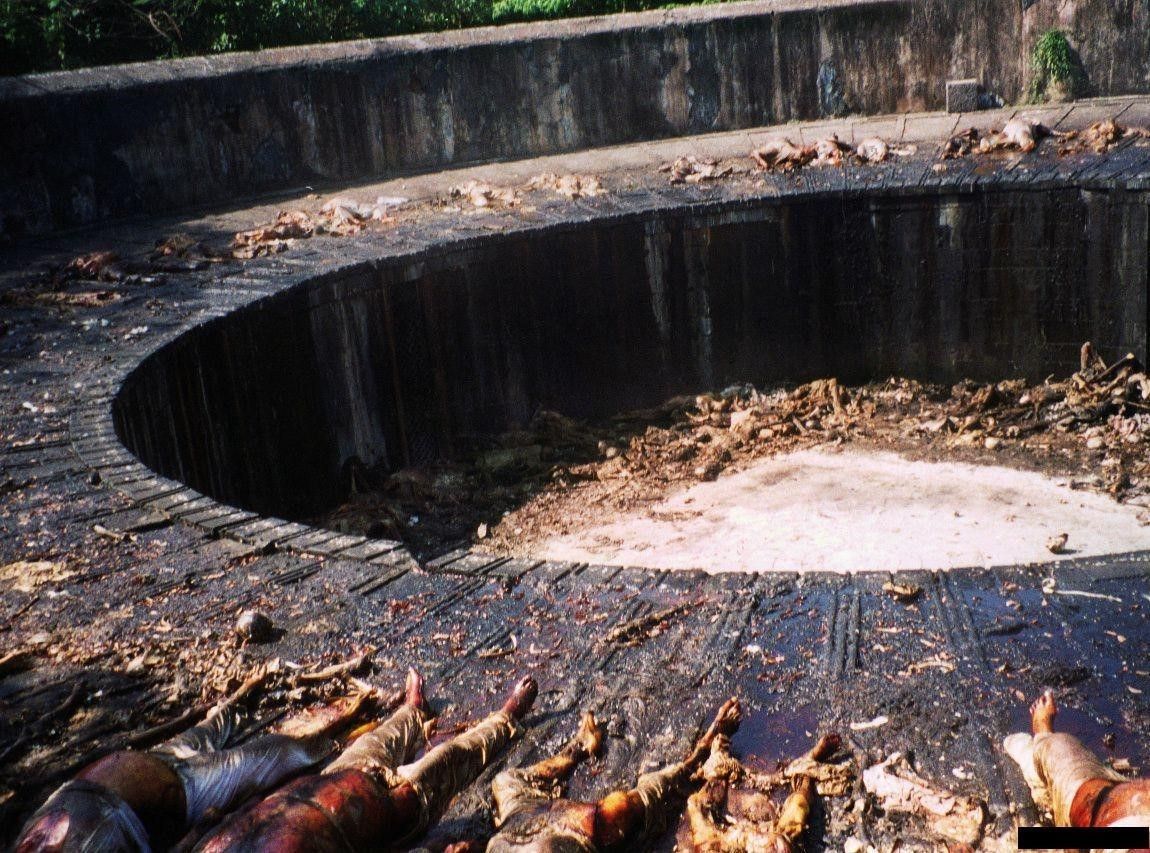 Zooastriytsa considered a hairstyle of hair, trimming of nails and burial of dead bodies case dirty.

In particular they believed that in bodies of the dead demons who will profane and infect everything and subsequently all who will come to them into contact can be installed. In Vendidade (compiled laws, the evil forces and demons directed to disgust) there are special rules on disposal of corpses without prejudice to people around.

Indispensable precept of Zoroastrians is that it is impossible to profane dead bodies four elements at all – the earth, fire, air and water. Therefore Egyptian vultures began an optimum method to eliminate for them corpses. 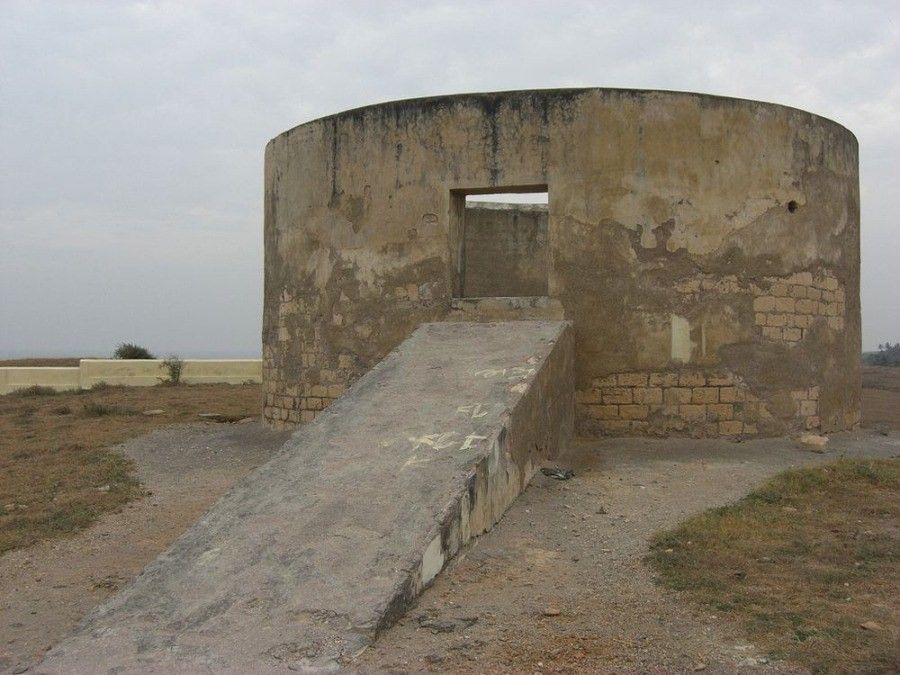 Dakhma represents a roundish tower without roof which center forms the pool. The stone ladder conducts to the platform lasting along all internal surface of a wall. Three channels (Pavia) divide a platform into a number of beds. On the first bed bodies of men, on the second – women, on the third – children were placed. After Egyptian vultures picked corpses, the remained bones developed in an ossuariya (the building for storage the skeletirovannykh of remains). There bones gradually collapsed, and rain water carried away their remaining balance in the sea. 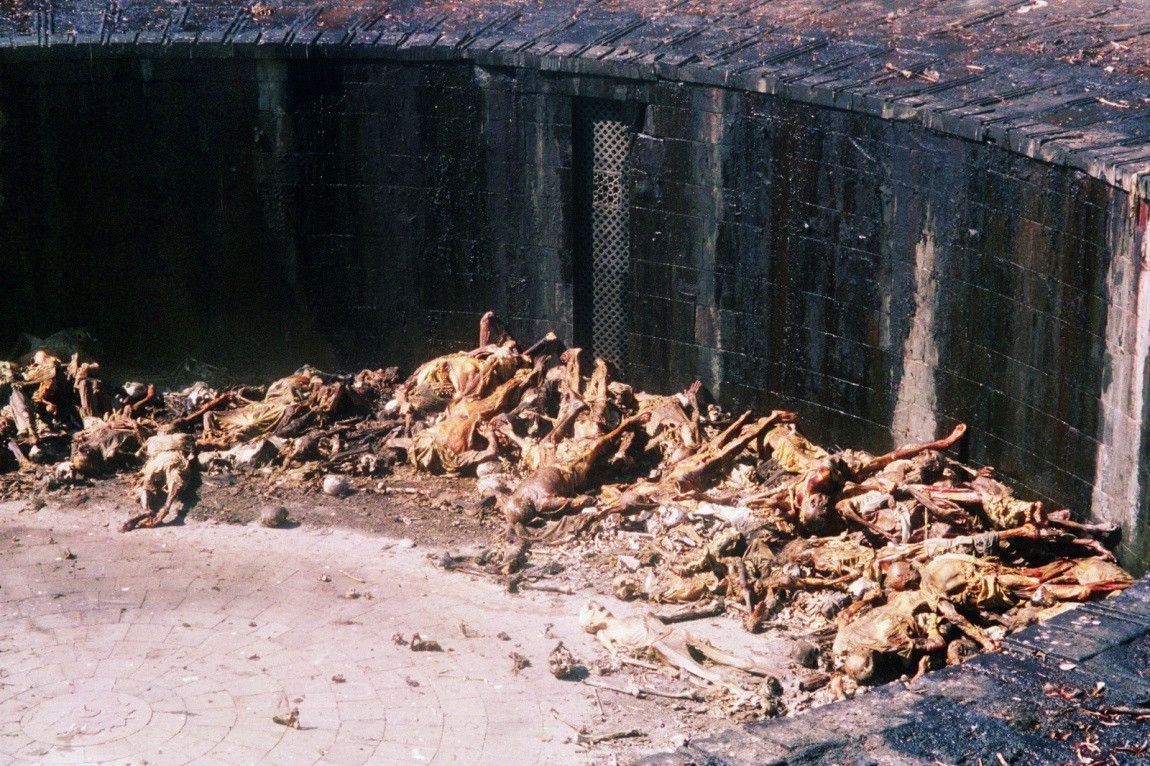 Only special persons – “nasasalara” (or grave-diggers) which placed bodies on platforms could participate in a ritual.

The first mentioning of similar burials belongs to Herodotus’s times, and the ceremony was kept the most strict secret.

After Magoo (or priests, priests) began to practice public ceremonies of burial until as a result of a body began to embalm by means of wax and to bury in trenches. 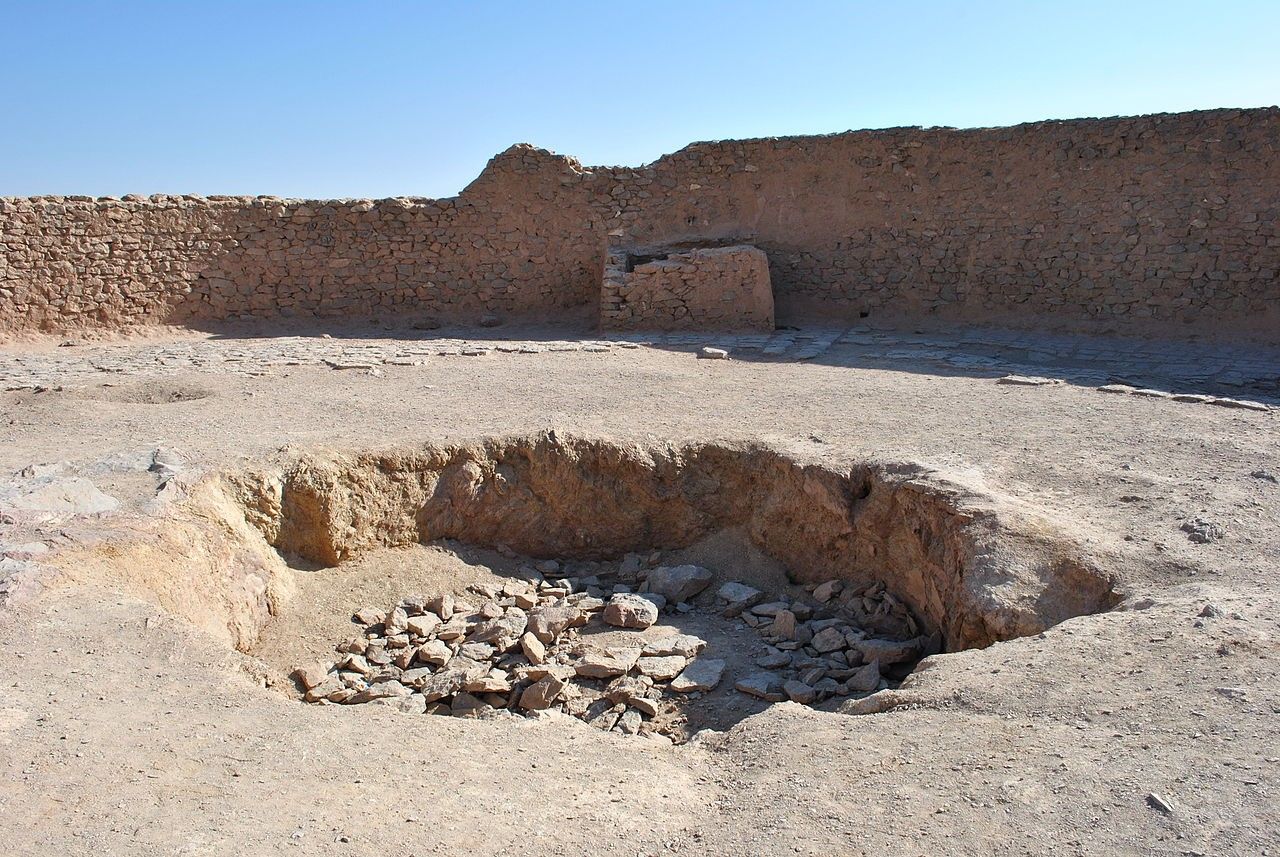 Archeologists found the ossuariya relating to 5-4 century BC, also as well as funeral embankments where there were bodies embalmed by wax. It agrees one of legends Zarathustra’s grave, the founder of Zoroastrianism, is in Balkhe (modern Afghanistan). Presumably similar first rituals and burials arose during an era Sasanidov (3-7 century AD), and the first written certificates on “death towers” were made in the 16th century.

There is one legend according to which already presently near a dakhma unexpectedly there was a set of dead bodies which locals from the neighboring settlements couldn’t identify.

Any dead man didn’t approach under the description of missing people in India. 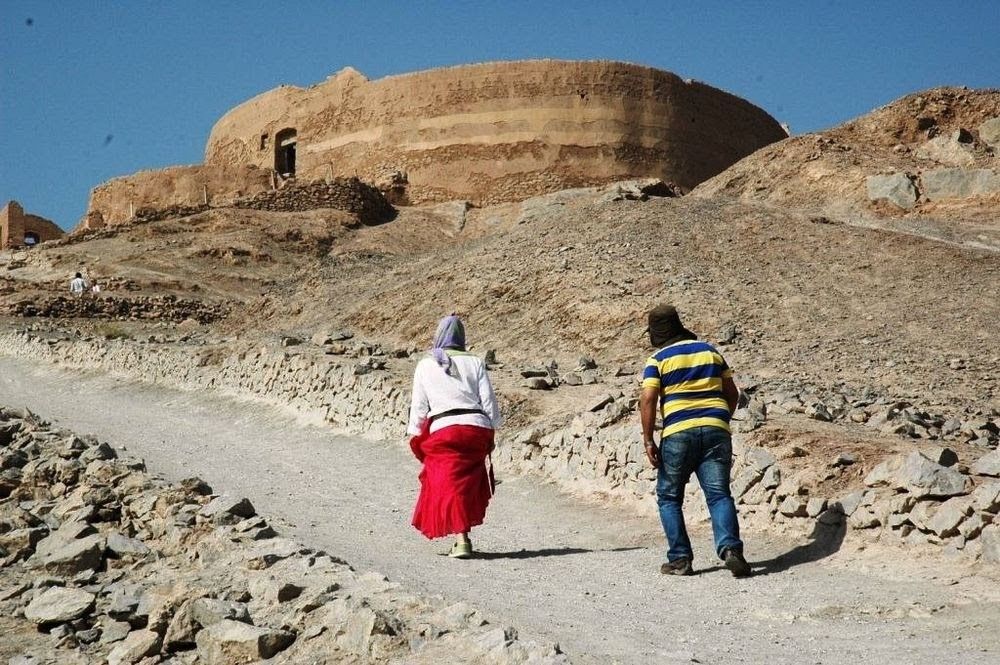 Corpses weren’t picked by animals, on them there were neither larvae, nor flies. In this terrifying find the fact that the hole located in the middle of a dakhma on several meters was filled with blood was amazing, and this blood was more there, than could contain in themselves the bodies lying outside. The stench in this nasty place was so intolerable that already on approaches to a dakhma of many began to feel sick. 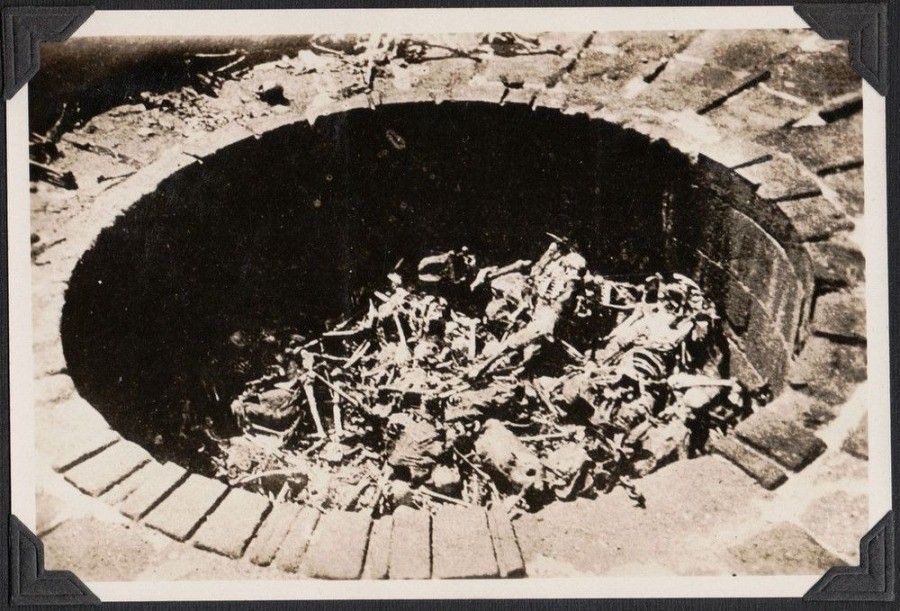 Unexpectedly investigation was interrupted when one local accidentally kicked a small bone in a hole. Then from a bottom of a hole the powerful explosion of gas proceeding from the decaying blood began to be thrown up and to be carried on all the district.

All who appeared in explosion epicenter were immediately taken to hospital and placed in a quarantine to exclude a possibility of spread of infection. 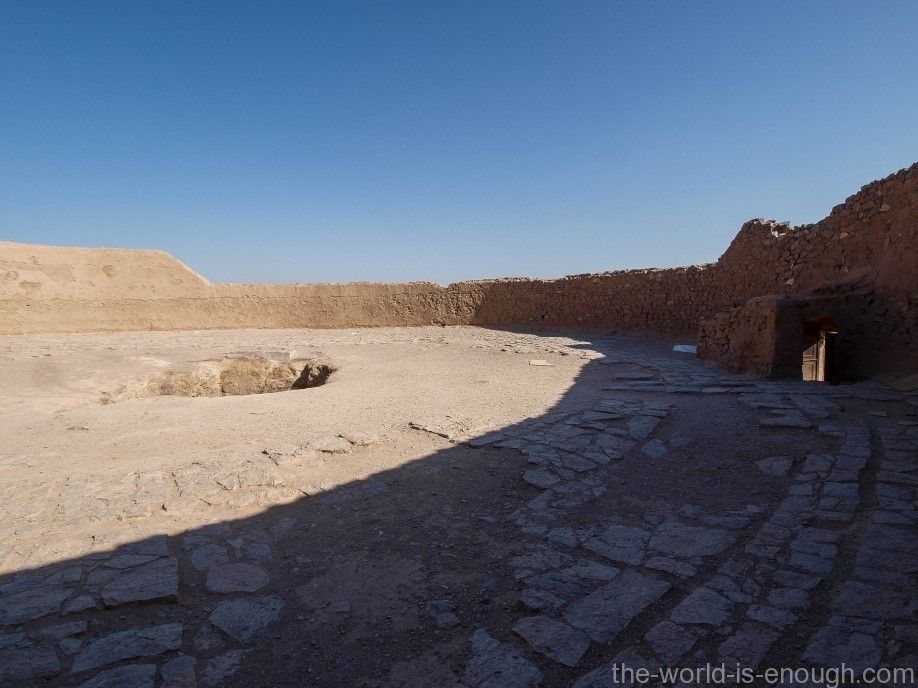 At patients fever and nonsense began. They violently shouted that “were soiled by blood Akhriman” (an embodiment of the evil in Zoroastrianism) in spite of the fact that had no relation to this religion and didn’t even know anything about the dakhmakh. The condition of nonsense flowed in madness, and many diseased began to attack medical staff of hospital until they were pacified. Eventually, severe fever ruined several witnesses of ill-fated burial.

When later investigating officers returned on that place, dressed in protective suits, found such picture: all bodies completely disappeared, and the hole with blood was empty. 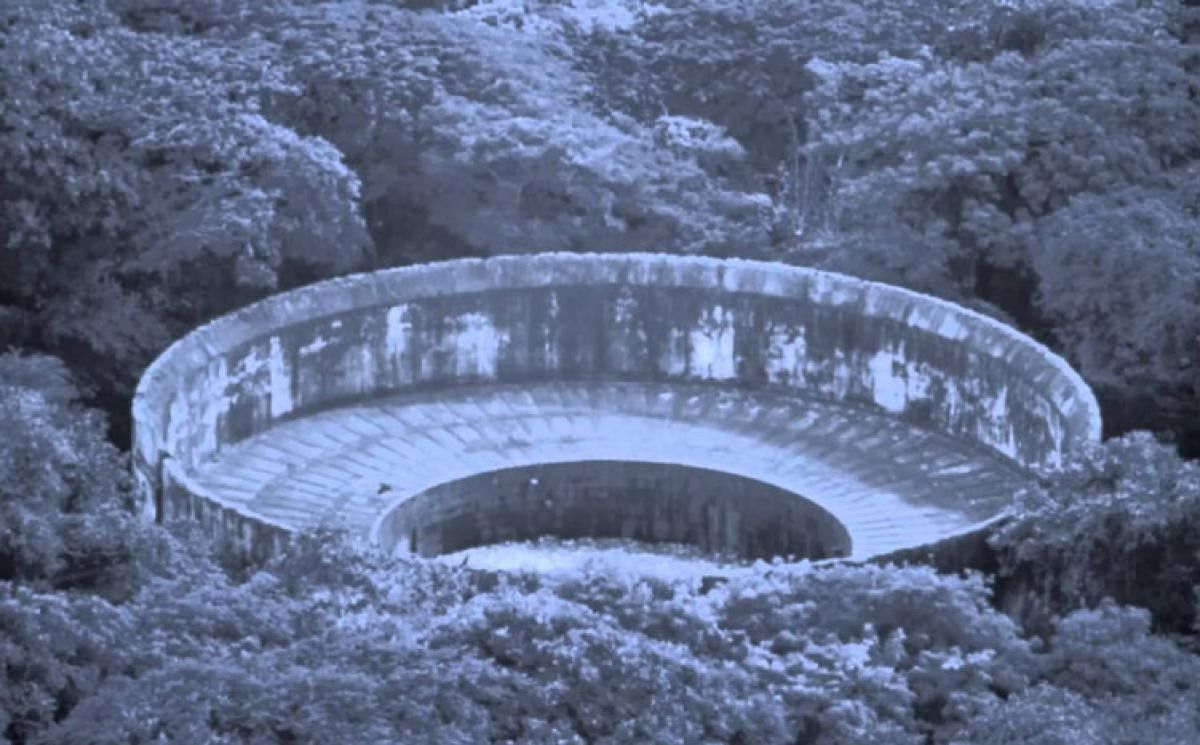 The ceremony connected with death and a funeral is quite unusual and was always strictly observed. To the person, the dead in the winter, according to the instruction of Avesta allocate the special room, rather spacious and fenced off from living rooms. The corpse can be several days or even months there until then, “birds won’t fly yet, plants won’t blossom, the hidden waters won’t begin to flow and wind won’t dry up the earth. Then admirers of Akhura-Mazdy will expose a body in the sun”. Indoors, where there was a dead, fire — a symbol of the Supreme deity shall burn constantly, but it needed to be fenced off from the dead a grapevine that demons didn’t concern fire.

The bed of dying shall have permanently two attendants of a cult. One of them said a prayer, обратясь facing the sun, and another prepared sacred liquid (hay) or garnet juice which it poured for dying from a special vessel. In case of dying there shall be a dog — a symbol of destruction of all “dirty”. According to custom if the dog ate the bread piece put on a breast dying, to relatives announced death them close. 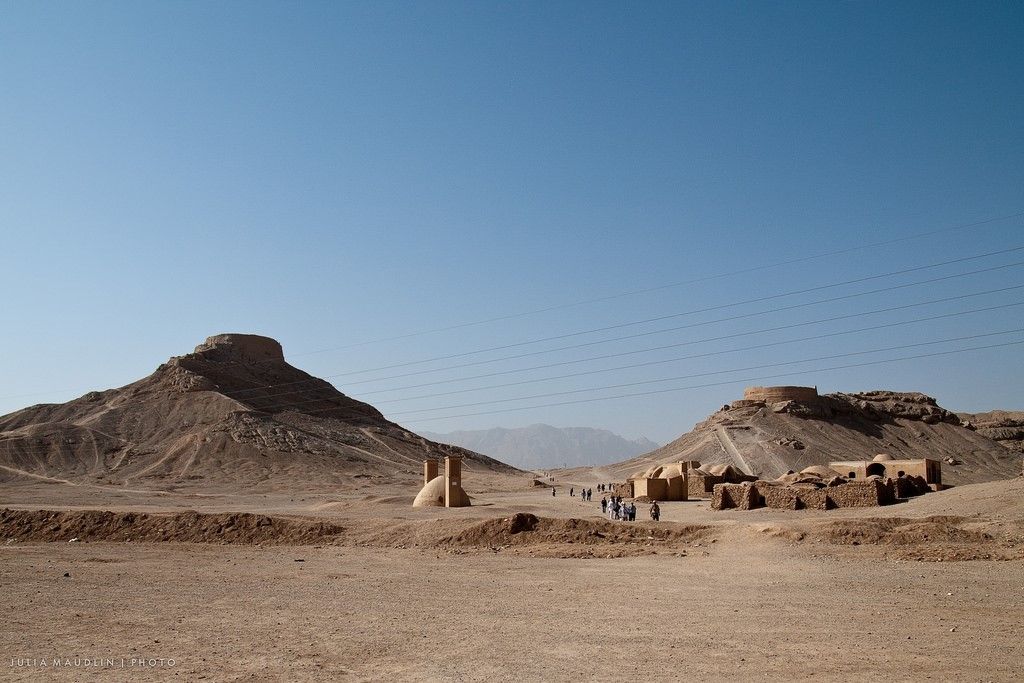 Two towers of silence, Yazd, Iran. For men at the left, for women on the right.

Wherever died парс, there it also remains until behind it nassesalara, with the hands shipped to shoulders in old sacks are. Having put the dead man in the iron closed coffin (one for all), it is carried in a dakhma. If carried in a dakhma even recovered (that quite often happens), it won’t come more to the Great wild world: nassesalara in that case kill him. Who time was profaned by a touch to dead bodies and visited a tower, to that it is already impossible to return to the world live: he would profane all society. The family follows a coffin from a distance and stops in 90 steps from a tower. Before burial the ceremony with a dog for fidelity was held once again, directly before a tower.

Then nassesalara bring a body inside and, having taken out it from a coffin, put on allocated for a corpse, depending on a floor or age, the place. All were stripped naked, the clothes were burned. The body was fixed that animals or birds, having torn to pieces a corpse, couldn’t carry away and scatter remains in water, on the earth or under trees.

To friends and the relative it was forbidden to visit silence towers very strictly. All night long over this place black clouds of the fattened Egyptian vultures curl. They say that these birds hospital attendants finish with next “production” 20-30 minutes. 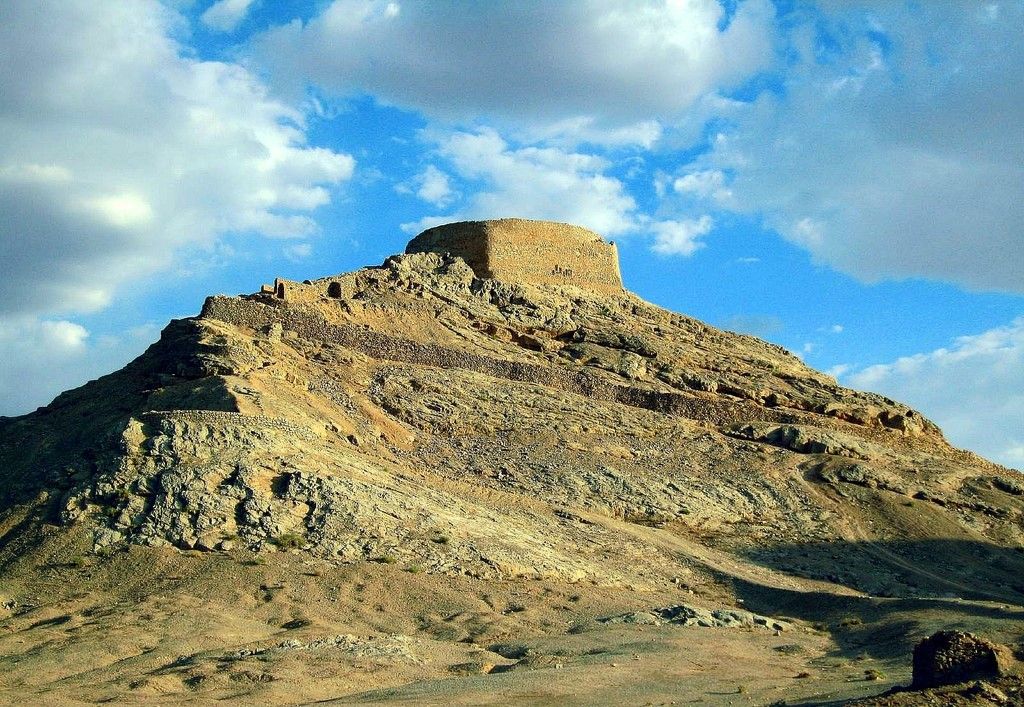 Now this ceremony is forbidden by the law of Iran therefore representatives of Zoroastrian religion avoid defilement of the earth by means of a funeral in cement that completely prevents contact with the earth.

In India towers of silence remained up to now and last century were used for designated purpose. They can be met in Mumbai and Surat. The huge performed more than 250 years. 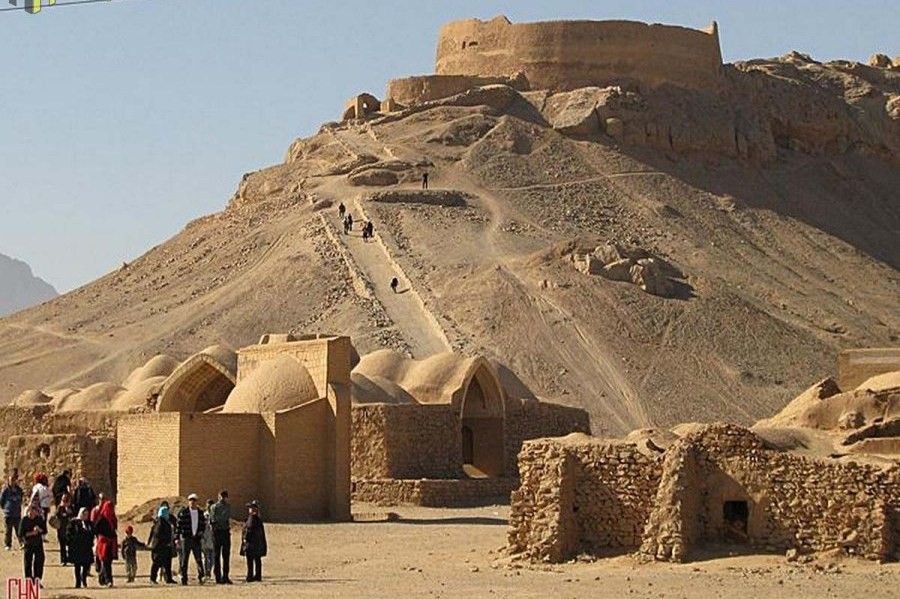 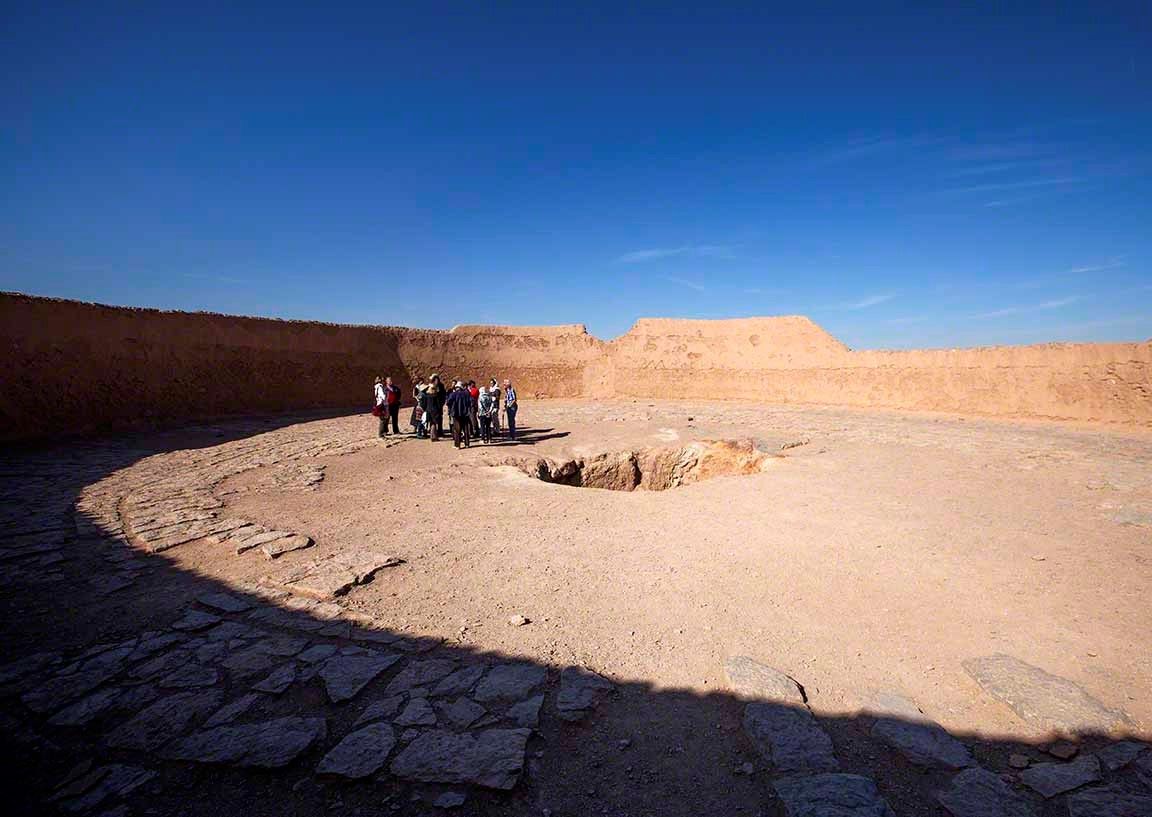 Relatives of deceased silence in tower. 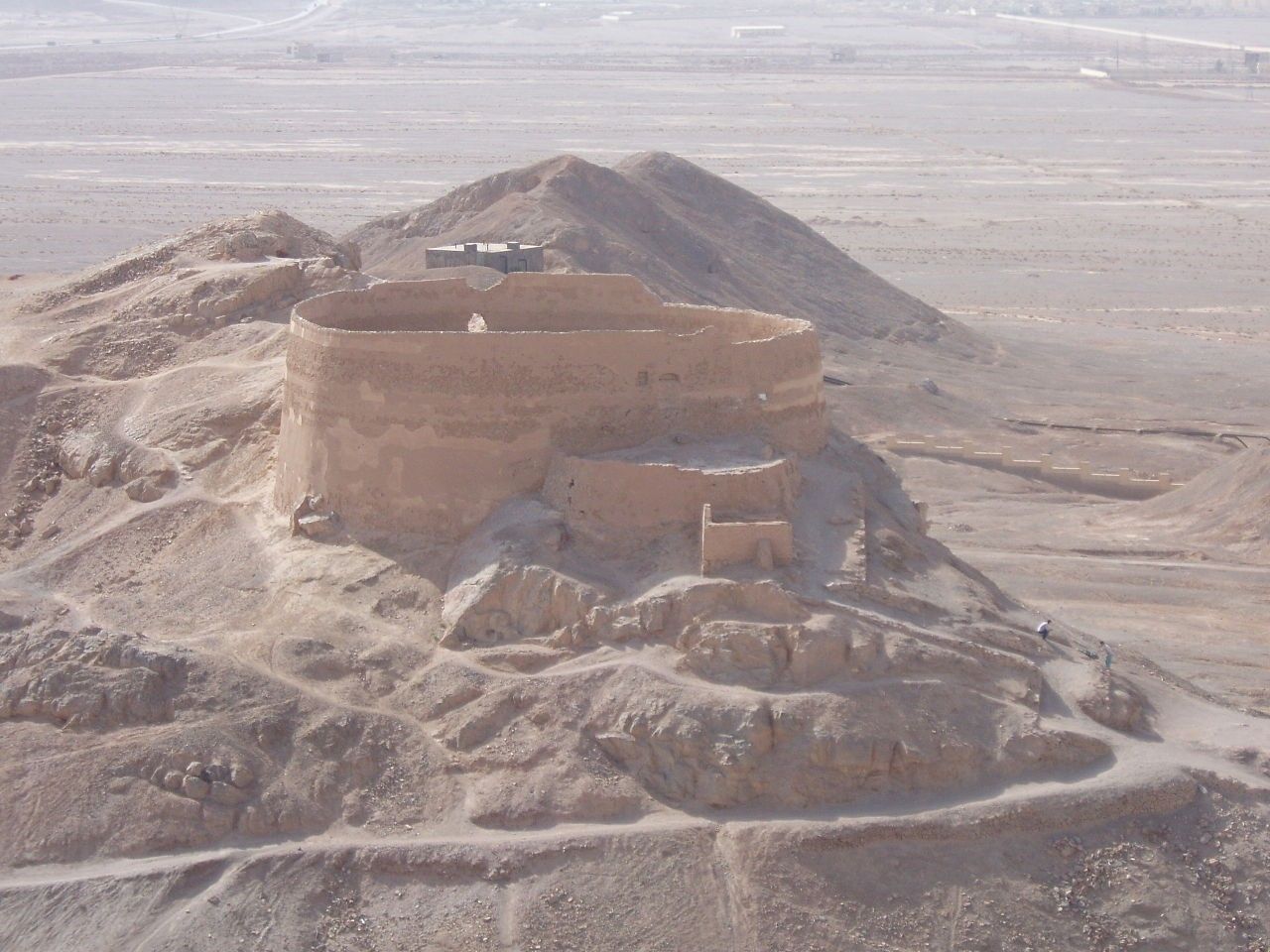 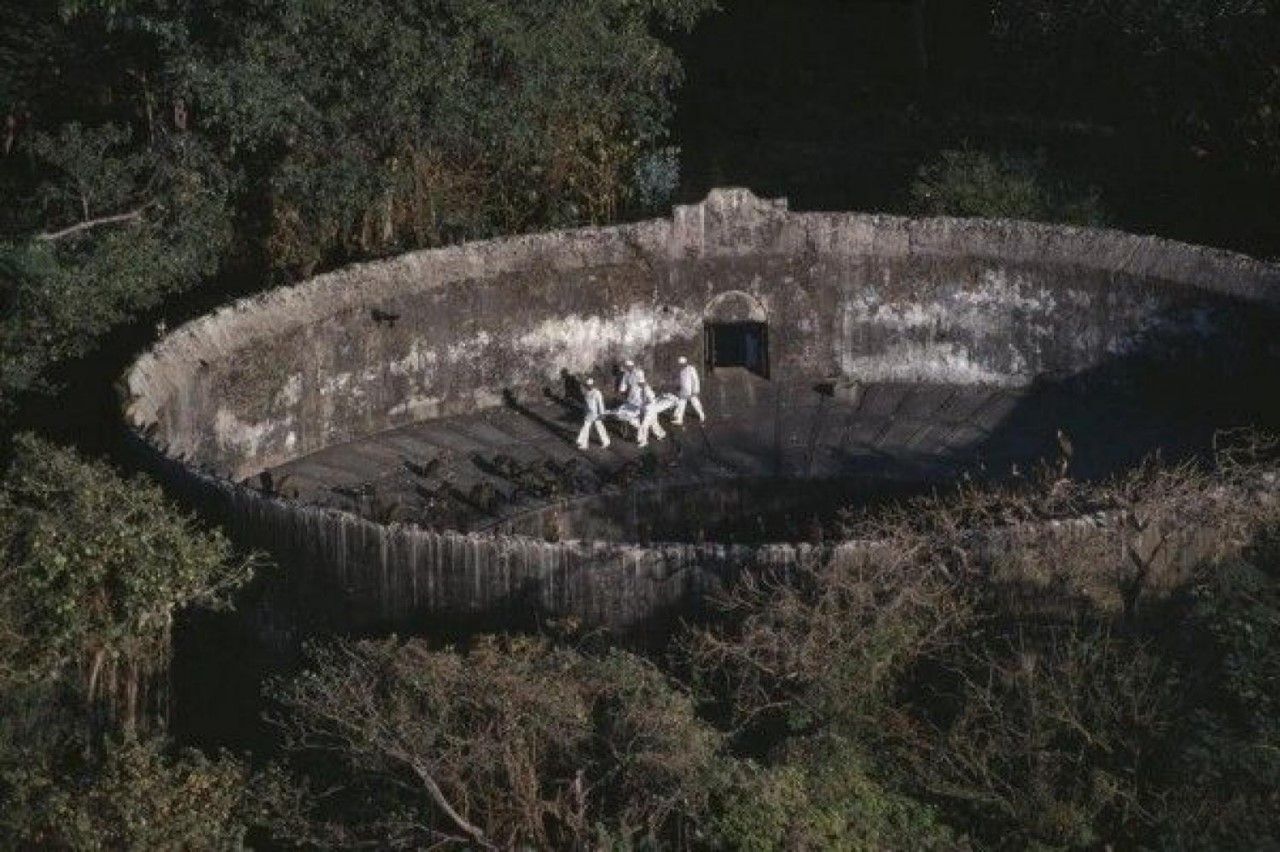 Process of burial in a silence tower, India.