Azov found a unique burial from the 14th century 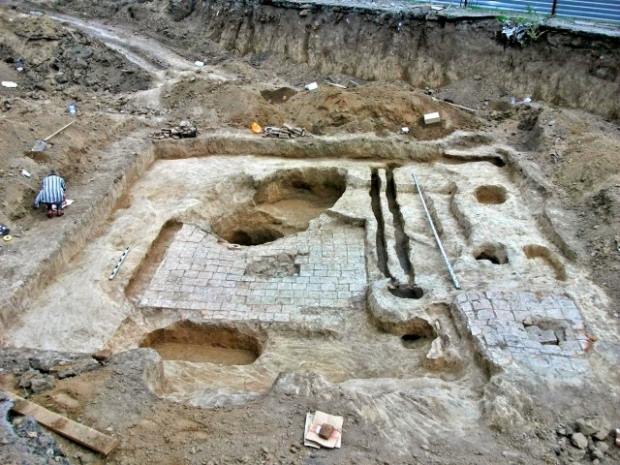 Another unique finding in Azov, Russia. The city is rich in underground secrets, but this opened the contemporaries for the first time. Found graves settled in the city of the nomadic men and women. Why do archaeologists believe the burial of such an important discovery?

“From these findings the most interesting are those that were found in the female burial. Most interesting here is the ring. So it was a poor option quite expensive things,” — says head of the archeology Department of the Azov Museum-reserve Andrei Maslovsky.

This discovery archeologists of the Azov Museum-reserve found for the first time during excavations in the city. This burial had settled in the city of the nomadic men and women. With a male the knife and steels. Women have earring, scissors, piece of glass. But the most interesting — the ring: cheap copy of the original. Such citizen wore gold-silver. And the other of copper, the ring is forged, not cast. But as the townspeople, nomads really wanted them to become, say archaeologists.

The graves discovered on the territory of a private house. The owner decided to expand and found during excavations of burial. A little further dug up several graves, but they were not as interesting.

Burial of citizens in Azov dig every year several hundred. But this discovery is unique, explains Andrew Maslowski that tells the story of how stanici passed to the lives of citizens. Likely to be poor, they came to the city to work here and left. It does not nomads, but not yet citizens.

“This is the main interest. It is in their transitional status. And that people with such interim status had a separate cemetery because last year’s burial, probably of yesterday’s nomads, but they still see themselves as citizens. And these people still froze on the way from the steppe to the city. That is, geographically there are only kokolo two kilometers, and the cultural distance between city and wilderness was very big. The first time we found people who are stuck on this path,” explained head of the archeology Department of the Azov Museum-reserve Andrei Maslovsky.

This burial ground of yesterday’s nomads of the 14th century had not yet found in other cities of the Golden Horde. So the find is unique. Now new exhibits will order and put on in the Museum, but only next year.