Gifts of the Magi. What did they give to the Child-Christ? 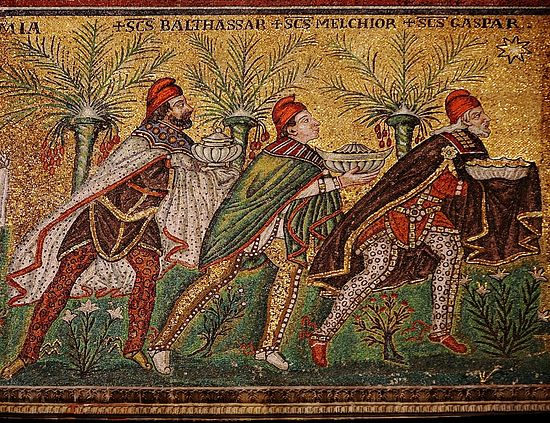 As the Scripture says, three wise men from the East came to the newborn Christ. In the Russian tradition, they are usually called the Magi. They were learned people who were observing the starry sky. They brought the Baby Jesus gifts – gold, frankincense and myrrh.

The names of the Magi were Caspar, Balthasar, and Melchior.

Where did the Magi come from?

About the names of the Magi in the Gospel, nothing is said – they are known from Tradition. Only the apostle Matthew writes about their worship of the newborn Christ from the four Evangelists, the rest of them omitted this fact. But there is a logical explanation for this. Matthew wrote his Gospel for the people of Israel, and therefore his text contains a lot of information, fundamentally important for the Jews and they understand them from the half-word.

For example, the earthly “genealogy” of Christ, from which the Gospel of Matthew begins, references to ancient prophecies, quotes from psalms – all this is a kind of code by which Israel could recognize its Messiah. What does the Magi have to do with it? The fact is that they, according to one version, were from Mesopotamia. The history of the Old Testament prophet Daniel was connected with this land. He lived in Babylon and predicted, in particular, such details as the time of the coming of the Messiah.

The knowledge of this prophecy in Babylon is preserved. The Jews, in turn, knew the Old Testament very well, one of the books of which is the Book of the Prophet Daniel. It was quite logical for the Jewish consciousness to receive information that sages from the East, from Mesopotamia, came to worship the God who was born.

Actually, Christians revere the three wise men precisely because they were the first among the people who did not belong to the God-chosen Israelite people, they came to worship Christ and recognized Him as the Messiah. They brought the Savior very symbolic gifts. Gold was presented to Him as the King of Kings. On the one hand, it is a symbol of tribute, which subjects bring to their ruler. On the other hand, gold was always used to make the most luxurious things, and often they were also adorned with sacred relics. The cherubim on the Ark of the Covenant in the Jerusalem Temple were golden, the faces of the saints were decorated with golden nimbuses on icons, golden temples often crowned with temples … In addition, gold is also a symbol of wisdom (“golden words”, “silence is gold”) and eternity (by virtue of The fact that this metal does not deteriorate with time). All these properties and meanings give a very deep understanding of why gold was brought to the gift of Christ. After all, the King of Kings is the wisest and most glorious, He who has power and always uses it for good.

The incense, dear aromatic tar, was presented to Christ as God and High Priest. This incense is traditionally used for incense, which is performed by a clergyman. So symbolically expressed is the reverence of man before God. In addition, incense reminds that everywhere in the world, the Holy Spirit dwells in everything, the third hypostasis of the Trinity God. As for the rank of High Priest … The Old Testament King David called Christ the Priest according to the order of Melchizedek, the ancient king who was also a priest at the same time. Little is known about this man. But in the Book of Genesis there is a very symbolic episode associated with it. When Abraham came to Melchizedek, he greeted the guest in a special way – brought him bread and wine, that is, the prototype of the Eucharistic sacrifice of the New Testament. Therefore, Christ, who established the Sacrament of the Eucharist, whose body and blood are accepted as bread and wine by Christians during the sacrament, referring to Melchizedek as the High Priest.

Smyrna, the funeral incense, the wise men gave Christ as the One who should die for people. Perhaps they knew from the prophecies what the fate of the Messiah would be, that He would suffer persecution and suffering, would ascend to the cross and give His life to save people from death.

And for His death will be Resurrection – for what He came for and why He was so expected.