Birds learned to fly much earlier than was thought 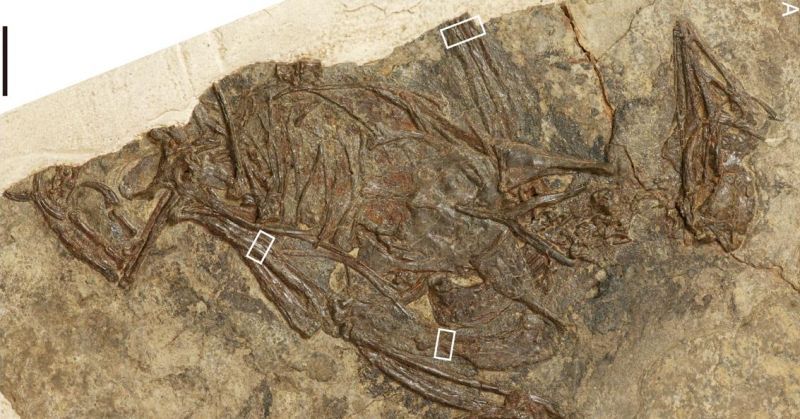 Modifications of the skeleton, which allowed birds to fly into the air in the same way as modern birds do, first appeared 120 million years ago: forty million years earlier than thought, Chinese paleontologists decided.

That birds could fly as freely as they do now, it took millions of years of evolutionary experiments with the skeleton structure and plumage. So that the ground animal could become light enough and take off, the bones of its forelimbs should partly lose mobility of the elbow joints and form wings. The bones of the abdominal belt should also be fixed in a design that is more rigid than that of terrestrial animals, from the lower vertebrae and the pelvic bone that have grown into the complex sacrum.

The ancient bird Pterygornis dapingfangensi, which inhabited the northeast of modern China at the beginning of the Cretaceous period, everything was as it was: the bones of the abdominal belt completely joined together, forming a rigid skeletal structure, the brachial and radial bones also connected rigidly. Before the Chinese discovery, bone fusion was considered an evolutionarily progressive feature that appeared only at the end of the Cretaceous period in birds that were anatomically close to modern ones.

Judging by the results of the radiocarbon analysis of the recently found skeleton of P. dapingfangensi, the bird lived for as long as 40 million years before its relative, whose remains were found in China several years earlier, and as many earlier than other known birds with the same developed skeleton, explained BBC paleontologist Ming Wang (Min Wang) from the Chinese Academy of Sciences. The find changes the concept of the evolution of birds, proving that the evolutionarily progressive features appeared much earlier than was commonly believed.

The work of Chinese paleontologists was published in the journal PNAS.