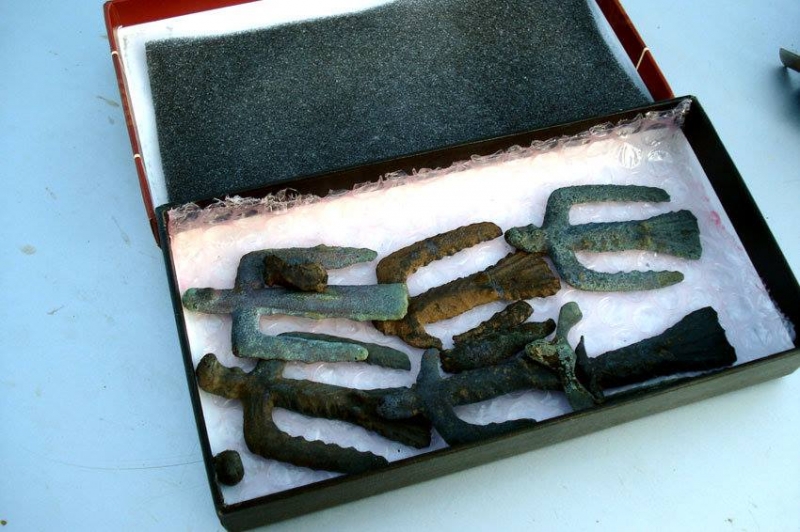 Detained “black archaeologist”, who unique the abodes of souls of metallurgists. After eight months of searching employees OMVD Polevsky were able to trace and arrest “black archaeologist”, a part-time dealer in antiquities, who had, apparently, directly related to the looting of several unique monuments of ancient Ural metallurgists. Took a man near the bus station in the southern part of Polevskoy when you try to sell the buyer a front seven so-called “idols of prizewinner” Itkul culture of the early iron age (7-3 centuries BC).

This story began in the fall of 2015, when the Ural archeologists became aware of the fact that their colleagues-illegal immigrants found on the outskirts of Polevskoy a hoard of ancient bronze age at least two and a half millennia. How then did you find, among the finds was a bronze cauldron, which is not excluded, were used for ritual purposes, and “prizewinning idol” Itkul archaeological culture. The latter is a unique artifact. At the moment it is officially known science a little less than a hundred idols (in the hands of the “Kopar” they are now a lot more, but for research they for obvious reasons are not available), and each new godsend literally its weight in gold. 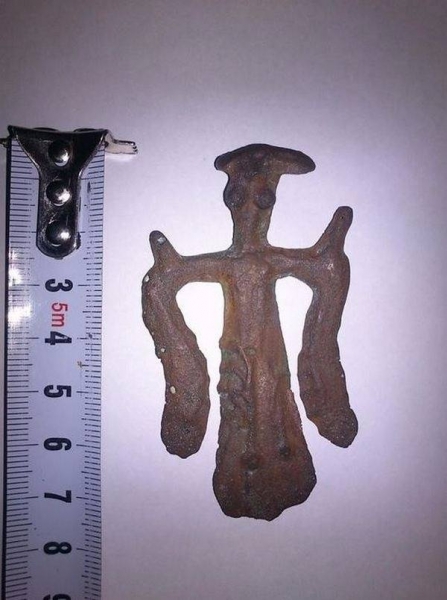 The population attributable to the holders of the Itkul culture, lived in the area of forest and forest-steppe TRANS-Urals, at the junction of the current Sverdlovsk, Chelyabinsk and Kurgan regions in the middle of I Millennium BC, Its name, culture has become thanks to the lake Itkul. In 60-70-ies of XX century on its banks archaeologist Konstantin Salnikov held the excavations of the settlement of ancient metallurgists (the first of a series of similar monuments studied later). The main occupations of Akulichev was metallurgy and metal working of copper, bronze and, to a lesser extent, iron. With their products they supplied the vast territory of the Urals, CIS-Urals and Western Siberia. In a sense, idolize – the forerunner of UMMC and RMK. The last structure, by the way, still is developing a copper Deposit in the area of the town Homecheck in Polevskoy. Two and a half thousand years ago it was ore base idolizes.

As for the idols, their purpose in a precise manner has not been elucidated so far. One of the greatest experts on spiritual ideas of the ancient Urals, Yekaterinburg archaeologist Valentine Viktorova put forward the idea according to which each such ornithodorinae image is the receptacle of the soul of the deceased idolize – his “ettamay”. And we are not talking about ordinary members of the ancient society, and some prominent personalities, the leaders, the shamans, the best metallurgists or strongest warriors. Each of them was worthy of a place in the upper world (the other body was buried, sending them in boats or on rafts down the rivers in the lower world). To meet two completely identical is almost impossible idol – the elements of each sculpture, apparently, reflected totem, clan affiliation, social status of the deceased and his individual characteristics.

Perhaps the largest of the known Ural hoards of bronze objects was found in 1939 near Polevskoy on the Azov-mountain. About 40 items, among which the lion share was made idols, found students. Enter them in the scientific revolution succeeded thanks to the efforts of the famous writer and folklorist Paul Bazhov who helped archaeologists to trace the boys of the pioneers and collect findings that have sold by the time you’re on. 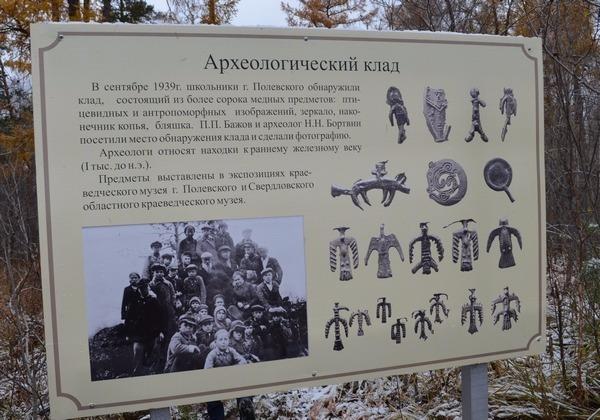 The story of how managed to get on the hunters of the XXI century, quite worthy to form the basis of a detective novel. Familiar with the investigation told the historian that “black archeologists” (of the detainee by the police men was assistant, and probably more than one) came fairly quickly and profitably sell found “prizebingo idol” and the boiler. Hitch left with a strange metal l-shaped object dotted with frozen bubbles of bronze. Trying to figure out what it is, they appealed to the historians of the Museum complex Seversky pipe plant (the company is in the business Empire of Dmitry Pumpyansky) “Seversky blast furnace”. After that there was the possibility to contact the “Kopar”.

A few months via social media and email was a lively correspondence. Taking into account the specific features of the topic to participate in it attracted professional archaeologists and local historians. The original “black archaeologists” have suggested to redeem them ten prizewinner of idols.” Then it turned out that sculptures actually seven, price (to avoid suspicion) managed to shoot down. Finally managed to make one of the idols gave the “show experts”. The examination was attended by Valentin Viktorov, which confirmed that the artifact is genuine. After that it was decided to conduct a transaction for the purchase of the collection with the straw buyer and at the time of transfer of the idols to arrest. The special operation took place near the bus station in Polevskoy.

“Do when carrying out a kind of unique special operations detectives from Department on struggle against economic crimes and counteraction of corruption (Obypk – approx. ed.) OMVD Polevsky were detained red-handed while selling seven of prizewinning idols”, referring to the Itkul culture 7-3 centuries BC, a young man born in 1986, of an employee of JSC “Seversky pipe plant” named Vladimir. The detectives, the young man explained that is not a “black digger”. According to the version of the detainee, he saw the rarities, browsing forums, decided to buy them and resell and earn money. But as a result got into a network of police”, – said the press Secretary of the Moi of Russia in Sverdlovsk region Valery Burnt.

According to the representative of the Central Board, removed the artifacts at this point has been examined by the experts of the Russian Academy of Sciences, “told the police that for the precious things to him were”. It is now planned to undertake a detailed historical and cultural expertise are withdrawn. Also employees OMVD Obypk Polevskoy find out whether the detainee is a citizen of a “black archaeologist” and with whom he is associated (reason to believe both the first and the fact that the circle of persons involved in this story will be wider, there are very significant). Also it appears the place of origin of the seized idols. This part is perhaps most interesting to mainstream archaeologists. “Usually, “black diggers” working in the places of ancient people, or, as it may be in this case, metallurgical sites,” – said Gorelykh.

While all these actions are performed in the framework of the preliminary investigation. According to its results will be a procedural decision.