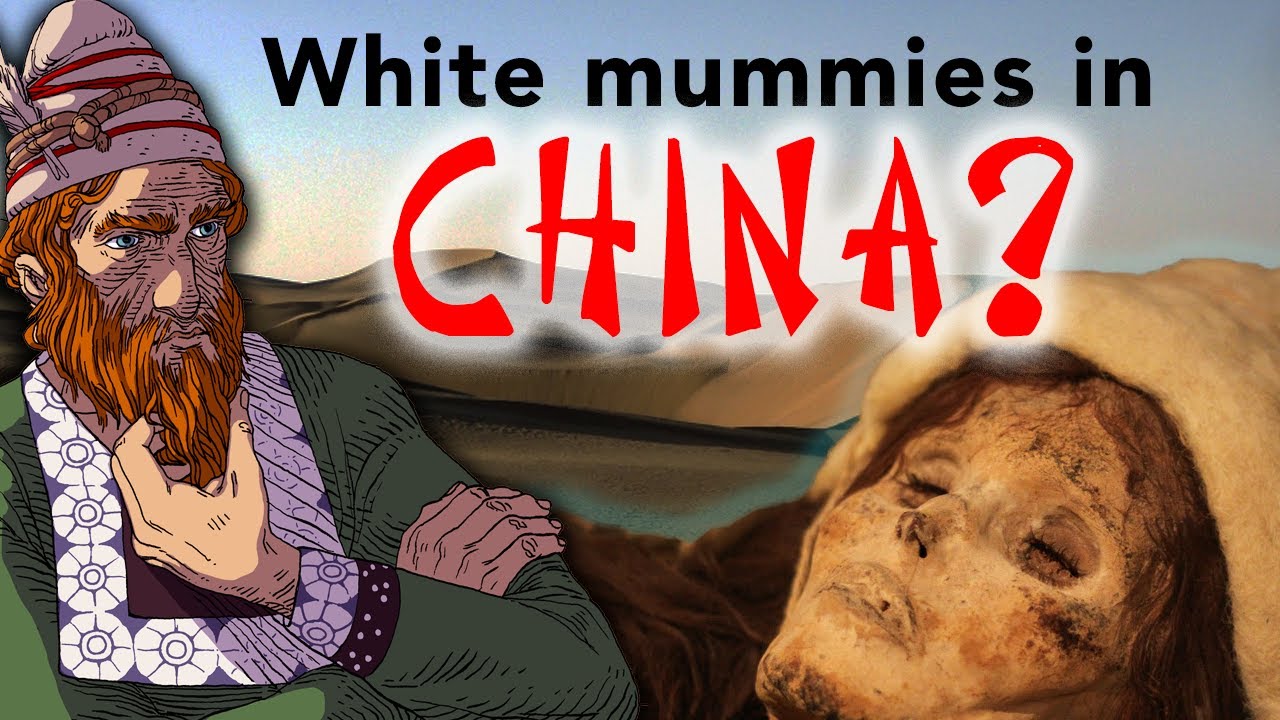 Archaeological discovery of mummies in the Taklamakan desert of Western China dating back 4,000 years has captivated the imaginations of researchers, who were surprised to discover that they were caucasians from Europe. The answers to the mystery of who these white mummies were might be found in the later history of Xinjiang province; in the Chinese written records of blue eyed and red bearded merchants such as the Yuezhi and the Sogdians from the West and in the manuscripts written in a mysterious Indo-European language known as Tocharian. Clearly there were both Iranic and Tocharian peoples living in Western China in later times, and the Tarim mummies must have been the ancestors of some if not all of them.

The inhospitable Tarim basin became a vital route for merchants, at the crossroads between East and West, the basin is skirted by oasis towns which were stations for anyone traveling on the Silk Road.The caucasian, Europoid mummies and the ancient Indo-European languages of the region challenge popular misconceptions about the limits of European civilisation in the Bronze Age. The material excavated suggests the area was active for thousands of years, with diverse languages, lifestyles, religions, and cultures present.