Buzz Aldrin saw a UFO on the Moon or did not see it? 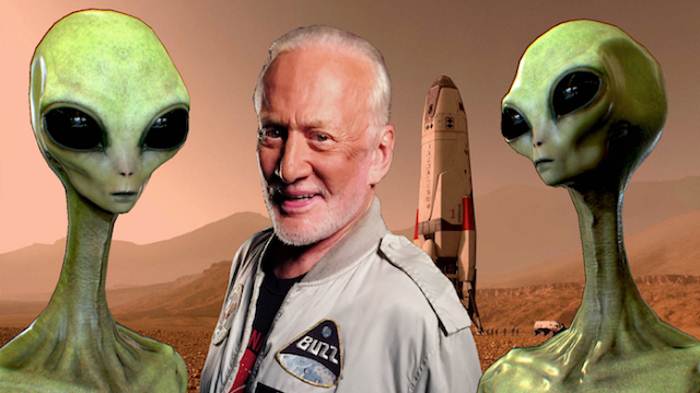 Authoritative Western media claim that Buzz Aldrin confirmed that he had seen an alien spaceship. Others refute this. so he saw it or not, unless of course he was on the moon at all.

The organization behind this statement refuses to disclose how it was proven, Aldrin himself denies it, and at least some of the named astronauts did not actually participate in the study, since two of them are no longer alive.

The statement, originally published in the British tabloid Daily Star, today repeats many of the world’s largest web sites of the world and is distributed around the world. Articles, in many of which the initial statements are almost not questioned, have been published thousands of times.

Although some Apollo astronauts claimed that during their missions they saw a UFO, Aldrin, the second person who visited the Moon, did not repeatedly deny reports that during the historic mission of 1969 he spotted an alien ship.

In the original article it was reported that the astronaut “Apollo-11” Buzz Aldrin “passed the verification on the lie detector about the statements of the astronauts that they saw a UFO.” The authors of the article wrote that experts, using “the latest technology”, studied astronaut stories about “strange observations in space” and proved that they were convinced that they had seen.

As stated in the article, we are talking about experts from the BioAcoustic Biology and Sound Health Institute, a non-profit organization from Albany, Ohio. According to the authors of the article, the institute’s specialists used “top-secret technology”, which allows people to understand people by scanning their voices.

The authors of the article say that in addition to Buzz Aldrin, four more astronauts of NASA passed the acoustic verification, and in the end it was found out that in their statements they spoke the truth. Apparently, the experts analyzed the recorded speech of the astronauts, since two of them are no longer alive.

However, there is no evidence that the extravagant and ridiculous statements of the Institute’s experts have been tested or scientifically substantiated. Although “bioacoustics” is a full-fledged field of science – it studies how living beings make sounds and change under their influence – this institution does not do this.

On the site, which, apparently, refers to the institution, it is asserted that he “imperceptibly changes the future”. “This small non-profit research institute has presented strong evidence supporting the claims of the ancients that voice sounds can serve as a holographic display of health and well-being,” the website says.

Further on the site it is said that the specialists of the institute can not only determine if people lie, but also help “using information about the voice frequencies of people, eliminate diseases and injuries that were previously considered incurable, reveal the secrets of our true nature, improve our lives, to predict what our fate can be. ”

None of these statements have been verified, and, according to modern science, much of what is said is impossible. It is theoretically possible that, listening to a person’s voice, one can understand if he is lying, but previous examples were not trustworthy, and the Institute, reported by the Daily Star, did not publish the materials of his research and did not provide them for acquaintance of other scientists.

Buzz Aldrin repeatedly denied the allegations that he saw a UFO. He said that, as he approached the moon, he saw light from the porthole. But he always said that he was sure that what he saw was either a launch vehicle from which the descent vehicle with the crew separated or the panels that disconnected when the descent vehicle was detached from the carrier rocket.

“It was not an alien ship,” he wrote three years ago, answering questions under the heading Ask Me Anything on the Reddit website. He explained that he told about what NASA experts saw and assumed that this information was made public – he thought so, until he mentioned what he saw in the television interview. To which many now point as evidence that Buzz Aldrin saw an alien ship.

In her article, Daily Star reiterated this statement, writing that “Aldrin always claimed that he had noticed a UFO on the way to the Moon.” Although he did speak about an object in some sense vague – that it was not clear which part of the spacecraft this object was – the statement that, in his opinion, it could be an alien ship, it was incorrect, and this lie he repeatedly refuted.

However, the Institute’s specialists and the Daily Star newspaper stated that Buzz Aldrin saw a UFO, and that, as the institute’s analysis showed, he knew about it even if he did not realize it. He continues to believe otherwise, because his logical mind “is not able to explain this,” wrote the Daily Star.