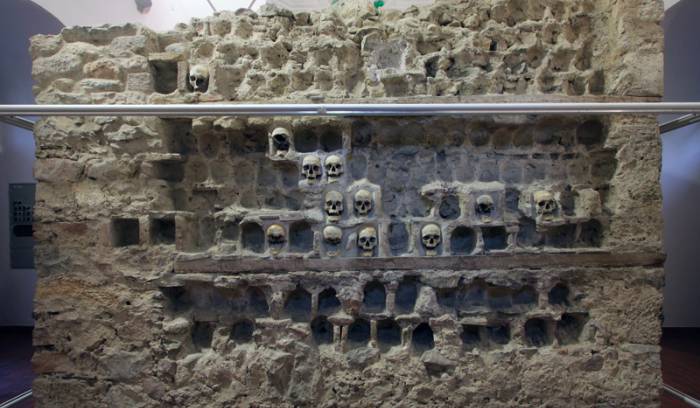 Tower skull tower, located near the town of Injune is a sad and frightening war memorial. May 31, 1809 on Čegar mount the Serbian rebels were defeated in battle with the forces of the Ottoman Empire.

By order of the commander Khurshid Ahmed Pasha the corpses of Serbs killed in battle, beheaded, and their skulls mounted to the tower. This should serve as a warning to those who try to rebel against the Ottoman Empire.

When creating has been used 952 skulls, but by 1892 there were only 58, and to preserve them on top of the tower was built a chapel. In 1979, the skull tower was declared monument of culture.