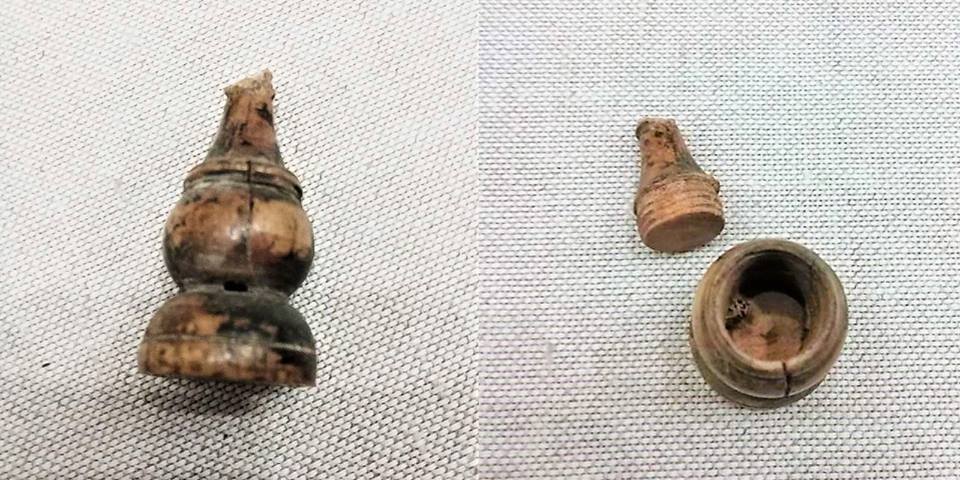 In the museum archives found a chess piece, inside which, presumably, was a treasure. In 2017, Moscow archaeologists first found coins hidden in this way.

In April 2017, Moscow archaeologists discovered a treasure trove of the reign of Ivan the Terrible. This happened during the work on Prechistenskaya street. The complex consisted of 10 coins in denomination “money”, minted in the period from 1533 to 1538 years. The main feature of the treasure was that all the coins were placed inside a hollow chess piece consisting of three parts with threaded connections. This discovery was made for the first time.

“The chess treasure, which we found in 2017, allowed us to take a fresh look at this well-known among Moscow antiquities category of archaeological items. We then called colleagues from Moscow museums to study their funds for the presence of such artifacts. And now, a year later, thanks to the attentiveness of the staff of the Moscow Museum, a chess piece was discovered in the funds, which also managed to be revealed: its parts were perfectly fitted, the overall impression of its solidity was created.
What treasure was hidden in this figure, can only guess “- commented the head of the capital’s Department of Cultural Heritage Alexei Yemelyanov.

He also told that today it is the most chess-like figure with a find on Prechistenskaya street. It was discovered by archaeologists in 1993 with large-scale excavations at the Manege Square. The excavation from which it occurs was laid on the site of the 18th-19th centuries. city ​​manor of merchants Silin. The possible owner of the figure can be named Mikhail Osipovich Silin, who built a complex of buildings in the XVIII century, when clearing the clutches in which she was found.

“Despite the fact that there was no coins inside this chess piece, this finding indicates that this way of storing treasures is not an isolated case. Therefore, we again want to turn to the employees of Russian museums: check your storage facilities, maybe it’s you who have a chess piece in which the treasure is hidden. In turn, the Moscow City Department will continue research in this direction “- added Alexei Yemelyanov.

For many years now, all the finds Moscow archaeologists have transferred to the funds of the Moscow Museum. And we are glad that such cooperation gives such results.