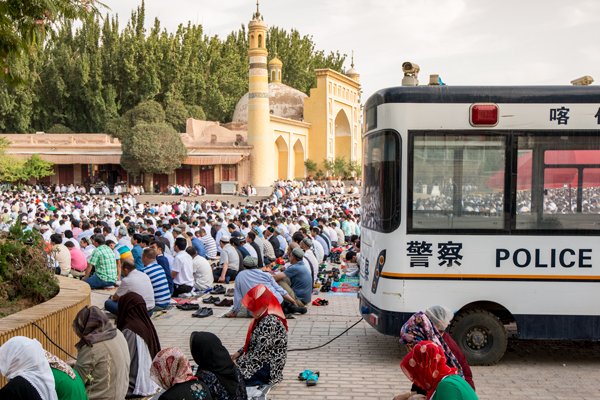 The Chinese government is persecuting Uyghurs and other Muslim minorities in Xinjiang, China, on the basis of their religion and ethnicity. Between one and three million Uyghurs—of a population of 12 million—are currently in some form of detention, and those who are not still face rapidly tightening control restricting their ability to express their identity.