Chinese archaeologists have discovered the skull fragments of the Buddha 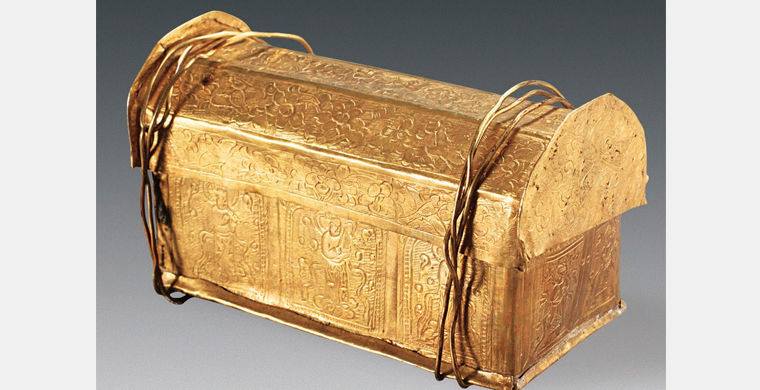 Archaeologists have discovered the skull fragments, which may belong to the legendary Buddha Siddhartha Gautama. The bones were hidden in the model of the stupa — a Buddhist temple for meditation. Scientists also learned how the remains of the Buddha was in China.

A group of researchers found a thousand-year model of the building in a stone crypt under Buddhist temple in Nanjing (China). In a mortar, lay the remains of saints, including parietal bone. According to the inscriptions on the walls of the stupa, the bone belonged to the Buddha, reports Live Science.
The very model of a building made from sandalwood, silver and gold and decorated with precious stones, pieces of crystal, glass, agate and lapis lazuli. Model height — 117 cm, a width of 45 cm in Addition to the stone chest it was kept in an iron box.

The inscriptions engraved on the stone chest where reposed the model, says that it was made during the reign of Emperor Jensson from the song dynasty (997-1022). The stupa has also been engraved with the names of people who donated money and materials for its manufacture, as well as the names of the designers. 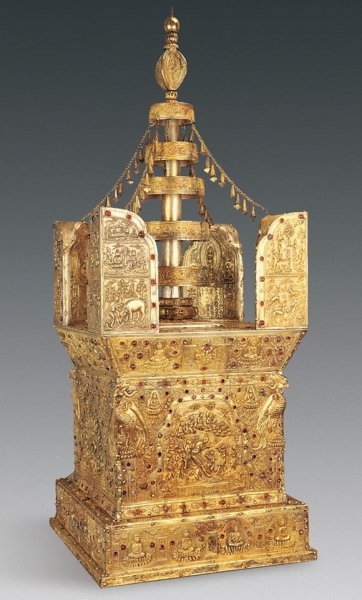 Archaeologists still can’t tell whether it found the skull of the Buddha. At the same time to the bones at burial was treated with respect and buried her in the territory of modern temple CISA. The inscriptions on the chest were made by a man named Deming about 1000 years ago. In addition to information about the bones they say that the model author is the “master of perfect enlightenment, the Abbot of the monastery Chen Shan and Keeper of purple robes”. Deming also described the history of the arrival of the parietal bone of the Buddha in China.

After the Holy “was released in Parinirvana” — the last death, which breaks the cycle of death and rebirth, his body was cremated near the river, Hiranyavati in India. The then ruling country king Ashoka decided to keep the remains of Buddha, which he divided into 84,000 fragments.

China received 19 of them, including the parietal, said at the stupa. First, the sacred bone fragment belonged to the monastery, which was destroyed during the military conflict and the ruins of the temple were scattered in the area”. The Emperor Jensson agreed to rebuild the temple and place the remains of the Buddha and other Buddhist saints of the underground crypt. They were buried July 21, 1011 BC “in the most solemn and elaborate ceremony of the funeral,” wrote Deming. An ancient chronicler thanked the Emperor for the restoration of the temple and the burial of the remains of the Buddha, wished him long life, many grandchildren and faithful Ministers.

Archaeologists working in Nanjing, unearthed the crypt and conducted researches in the territory from 2007 to 2010. Municipal Institute of archaeology of Nanjing and experts from other specialized institutions supported the work of specialists, and the results were widely reported in China.

Parietal bone of the Buddha and other artifacts found in the temple, exhibited in Hong Kong and Macau, where tens of thousands of Buddhist faithful come to touch the sacred relics.