Climatologists said that there was no “small ice age” 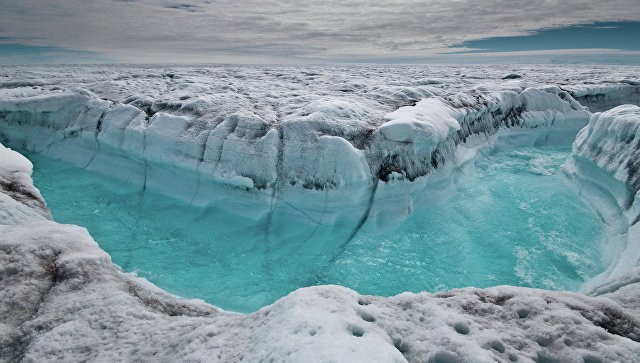 The so-called “small ice age”, a period of anomalously cold climate from the 16th to the 19th century, did not exist or was actually much weaker than it is commonly believed, say climatologists.

“Climatic skeptics often refer to the” Little Ice Age “during the debate around the current global warming, and we thoroughly studied this phenomenon in order to assess how much the temperatures really decreased while their decrease significantly affected people and the Earth as a whole and Whether this cooling was related to the activity of the Sun, “- says Michael Lockwood (Michael Lockwood) from the University of Reading (Great Britain).

Some scientists unite both these periods in one large period of glaciation, and they all associate its offensive with a variety of reasons – a decrease in solar activity in the 16-19th centuries during the so-called “Dalton minima,” shifts of the Earth’s axis over the last thousand years, increased Activity of volcanoes and a number of other things.

Lockwood and his colleagues decided to find out how much all these factors could affect the Earth’s climate in the second part of this era, having studied the records of the chroniclers of that time and having analyzed many different paleoclimatic “chronicles” imprinted in rocks of that time formed at the bottom of lakes and seas. For example, the proportions of oxygen and beryllium isotopes, as well as traces of volcanic ash and pollen, can tell scientists about how temperatures and other important climatic parameters changed at the time these deposits formed.

His team, as Lockwood says, was primarily interested in mentioning unusually cold winters, summer months, and other seasons, when the rivers in Britain began to freeze, the harvest died or other abnormal weather events occurred. In addition, the Lockwood team systematically analyzed the weather and climate data collected by the first meteorologists of England in the 17th and 18th centuries.

All these historical data climatologists compared with the temperature changes in accordance with the paleoclimatic data, and how the activity of the Sun and the number of spots on its surface varied during the Dalton and Minder minima.

As it turned out, temperatures during this period fell significantly less than the participants of the Intergovernmental Panel on Climate Change (IPCC) – not one degree Celsius, but only 0.5 degrees Celsius. For comparison, average temperatures on Earth fell by 8 degrees with the onset of the last glaciation, and increased by almost a degree over the last 50-70 years.

Many episodes of abnormally cold weather, chronicled by or chronicled by artists, according to Lockwood and his colleagues, were associated not with long-term climatic trends or a decrease in the number of sunspots, but with episodes of volcanic eruptions and long periods of their increased activity in 17-18 centuries.

Moreover, the increase or decrease in the number of spots rarely preceded the onset of cooling or warming, which indicated an unambiguous absence of a link between the activity of the Sun and climate. All this, according to researchers, suggests that the “small ice age” either did not exist at all, or was much weaker than we used to think.