Confirmed legends about the origin of the rulers of the Incas 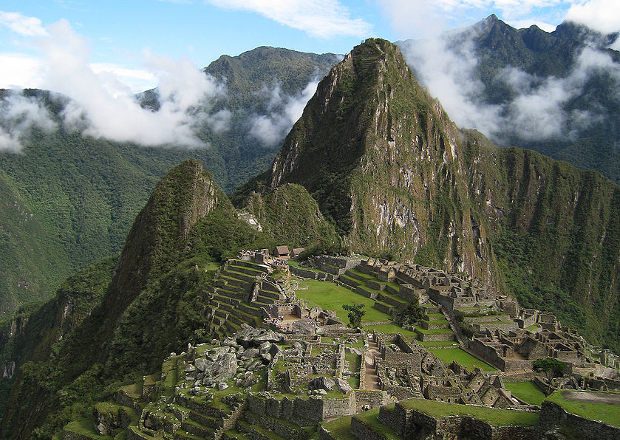 Geneticists have shown that the legends of the origins of the rulers of the Inca empire were true, described in Molecular Genetics and Genomics. The scientists analyzed the genomes of the alleged descendants of the Incas (supreme rulers) and found out that some of them originated from the south of Peru, some from the shores of Lake Titicaca on the Peruvian and Bolivian border, as the Inca myths say.

The Inca Empire was the largest state of pre-Columbian America, which was located on the territory of modern Ecuador, Peru, Bolivia, northern Chile and Argentina. Presumably, the Inca civilization appeared in the early 13th century in the south of Peru, and the first Inca, who created the state and founded its capital, the city of Cuzco, was the semi-legendary Manco Capac. About 200 years after the founding, the state began to seize neighboring territories and in the 15th century it turned into an empire that lasted about 150 years. In 1572 the state was conquered by the Spaniards. The Incas believed that the first ruler (along with his sisters) came from a cave located 50 kilometers from Cuzco. The “official” imperial myth was that the clan that founded the state appeared “along with the sun” from Isla del Sol on Lake Titicaca, 380 kilometers from Cuzco. According to the mythology of the Incas, the god of the Sun was born on this island. 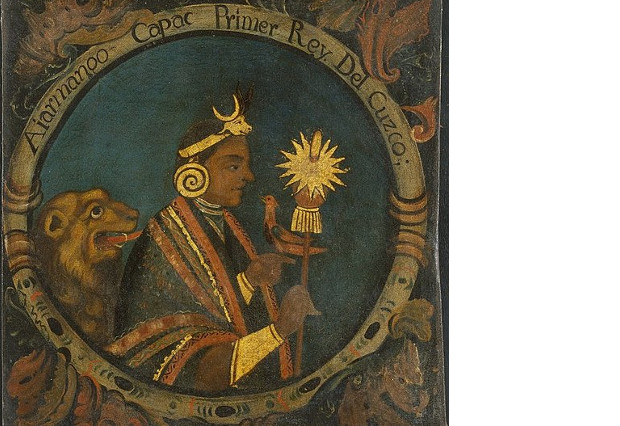 The first Inca Manko Capak. The image dates from the mid-18th century.

The descendants of Inka were the families of his sons, with the exception of the heir, who were called panacs. They kept the mummy of Inka and his wife and kept information about his reign in oral stories and creating a pile (nodular letter). After the conquest of the state by the Spanish, the Panaks retained part of their possessions around Cuzco, and the genealogy of their families was maintained until the formation of the Republic of Peru in 1824. After this, the Inca descendants lost their privileges and ceased to be considered a separate group. As for the mummies of the supreme rulers, some of them were apparently destroyed by the Spaniards, some of them disappeared.

Nevertheless, Peruvian, Bolivian and Brazilian geneticists, led by Ricardo Fujita and Jose Sandoval from the University of San Marcos in Lima, succeeded in tracing some families of panacs in the church archives of the 18th and 19th centuries, the Cusco Civil Register of the 20th Century , wills and transactions with real estate. As a result, they collected tissue samples from 19 people from 12 families of alleged Inca descendants and analyzed their mitochondrial DNA (transmitted on the maternal line) and Y-chromosome sequences (transmitted along the paternal line). For comparison, scientists took samples of tissues of 282 people living in the territory of the former Inca empire, and also used data from the analysis of the genomes of 1200 people obtained by other researchers.

It turned out that on the father’s line the descendants of the rulers of the empire can be divided into two related groups. The common ancestor of one of them lived 18 generations ago (about 540 years ago) in the north of modern Bolivia, in the area of ​​Lake Titicaca and the modern city of Puno. The common ancestor of the other group lived in the Cusco region 30 generations ago (about 900 years ago). On the maternal line, the Panaks refer to the four autochthonous haplogroups that are found in the inhabitants of modern Peru, Ecuador, Bolivia, Colombia, Chile and Argentina.

“We came to the conclusion that the aristocracy of the Inca empire originated from two lines, one of which originated from the Titicaca region, the other from the Pakaritambo mountain area in the Cusco area. Legends have been confirmed, “says Jose Sandoval.

The study confirmed that sometimes myths have a real underpinning. But this does not always happen. Another group of geneticists, on the contrary, denied the legend of the Incas, according to which after the conquest of the Chachapoyas region in the north of modern Peru, the Incas moved its inhabitants to other parts of the empire. Judging by the genetic data, the population of the region remained genetically homogeneous and did not mix with other peoples inhabiting the empire.