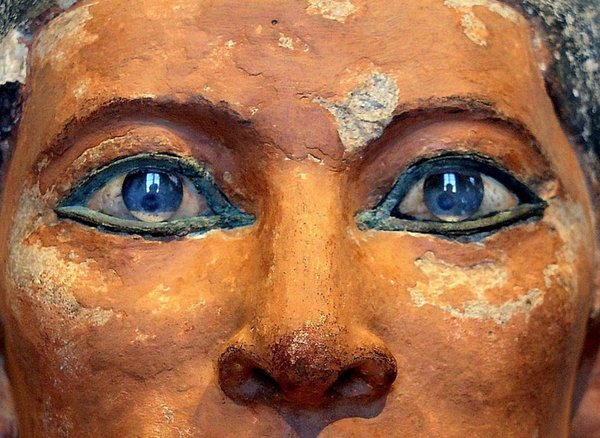 Another mystery remains the eyes of Egyptian statues, or rather the secret of their manufacture from small fragments of rock crystal. These lenses were usually placed in the eye sockets of sculptures made of wood or limestone. The skill of the execution of these lenses is amazing, it is simply amazing, and this unambiguously speaks about the creation of them by means of machining and specialized lathes.

The most striking representative of such sculptures is the statue of the pharaoh Chora, made of wood. In her eyes are inserted, which are frighteningly similar to the eyes of a living person. They change the color, from blue to smoky gray, the color depends on the angle at which to look at them. And they quite accurately imitate the real architecture of the retina!

Studies conducted by Professor Jay Enoch, who represents the University of Berkeley, have simply shown the amazing similarity of these glass dummies with the shape and optical properties of the human eye. 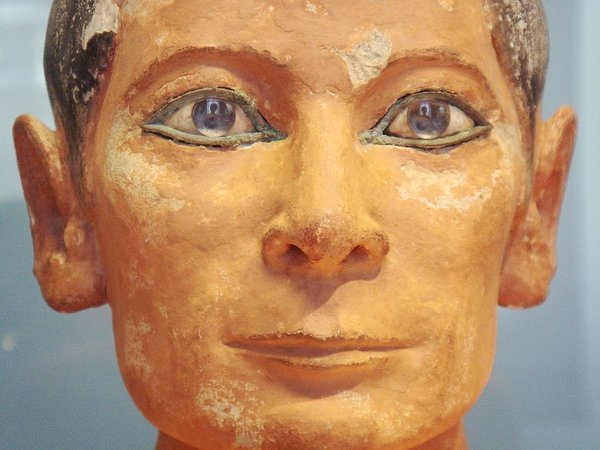 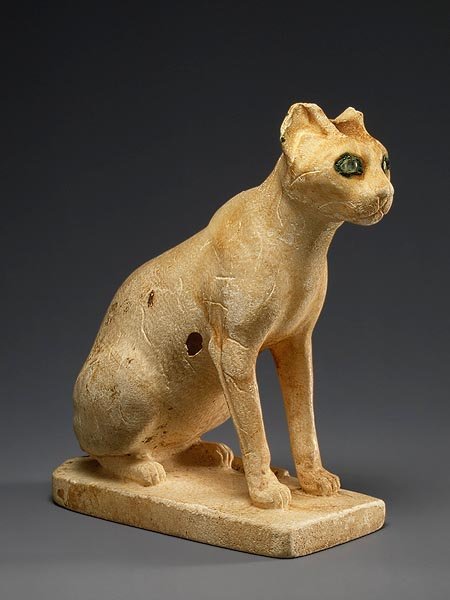 Jay Enoch suggested that the peak of his art in the processing of lenses, the Egyptian masters reached approximately 2500 years before our era. Then this unique technology is used less and less often, and then completely lost.

These lenses were inserted not only in the eyes of the Pharaohs, but also in the eye sockets of animals. An excellent specimen is a cosmetic vessel in the form of a cat with crystal eyes, bordered with copper. This discovery dates from about 1991-1783 years before our era.

There is only one logical explanation for this development of events: these Egyptian masters simply simply borrowed the quartz blanks for the eye sockets. And while they had stocks of “technology” lived, and as soon as they ended, then “technology has become lost.”