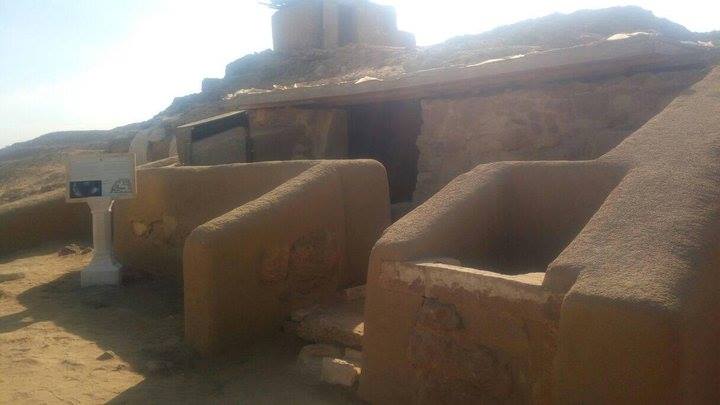 In the vicinity of Giza, the burial place of the builders of the Great Pyramid of Cheops was opened for visitors. It was discovered by archaeologists in the 80s of the Twentieth century, but all these years remained closed.

According to the former Egyptian Antiquities Minister Zahi Hawassa, who participated in the excavations 30 years ago, the tomb is surrounded by superstitions and was considered “damned”. The entrance to the burial was adorned with the inscription: “Those who enter this tomb with bad intentions are waiting for crocodiles in the water and snakes on land.”

The management of the development of the Giza plateau – namely, on this hill there is a burial, has erected a center for visitors. A highway was laid to the tomb. The authorities expect that this will attract tourists to the attractions located next to Cairo.

According to Zahi Hawass, most of the builders of the pyramids were local peasants who served the labor service. They were divided into groups, and those, in turn, into brigades. The competition was encouraged between groups and brigades, and even the names of the groups were called to cause the pride of the participants.