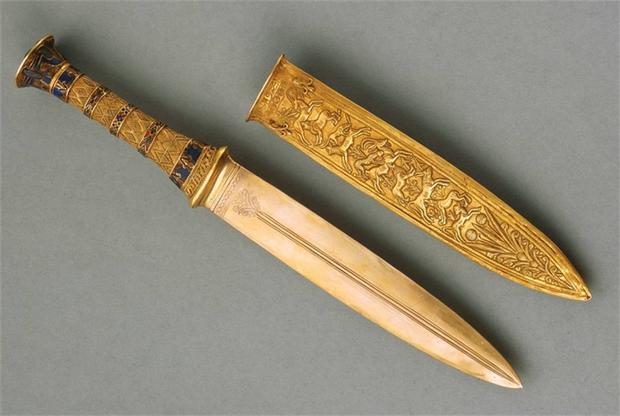 Dagger, discovered in 1925, after opening the sarcophagus of king Tutankhamun, made of meteorite material. That was the conclusion of a group of Italian scientists who have studied the artifact.

Professor of physics at the Turin Polytechnic Institute Francesco Porcelli, participated in the examination, in interview to the newspaper “Stampa” said that the 35-centimeter iron sword immediately after its discovery in the shroud of the mummy caused controversy in scientific circles.

“Made of iron in Ancient Egypt, it was a little extreme. This material was prized more than gold, ” he said. – Unbelievable that no one has previously analyzed this alloy”.

With the help of x-rays, scientists have determined that the material of the blade contains 10% Nickel and 0.6% cobalt. “This alloy is a characteristic of the meteorite. To him in that era by artificial means was absolutely impossible,” – said Porcelli.

According to him, to remember the dagger of Tutankhamun scientists made a discovery in 2010 in the Egyptian desert of the Kamil crater of meteoric origin. On the “iron that fell from the sky” also describes in one of the famous Egyptologists of ancient papyri, however, seriously “extraterrestrial” version of the origin of the material from which made the dagger, no one ever saw.

Tutankhamun rules from 1333 in 1323 BC and died at the age of 18 years. His tomb was discovered in 1922 in the Valley of the kings by British scientist Howard Carter and the antiquities collector, Lord Carnarvon George.