Dargavs – The City of the Dead 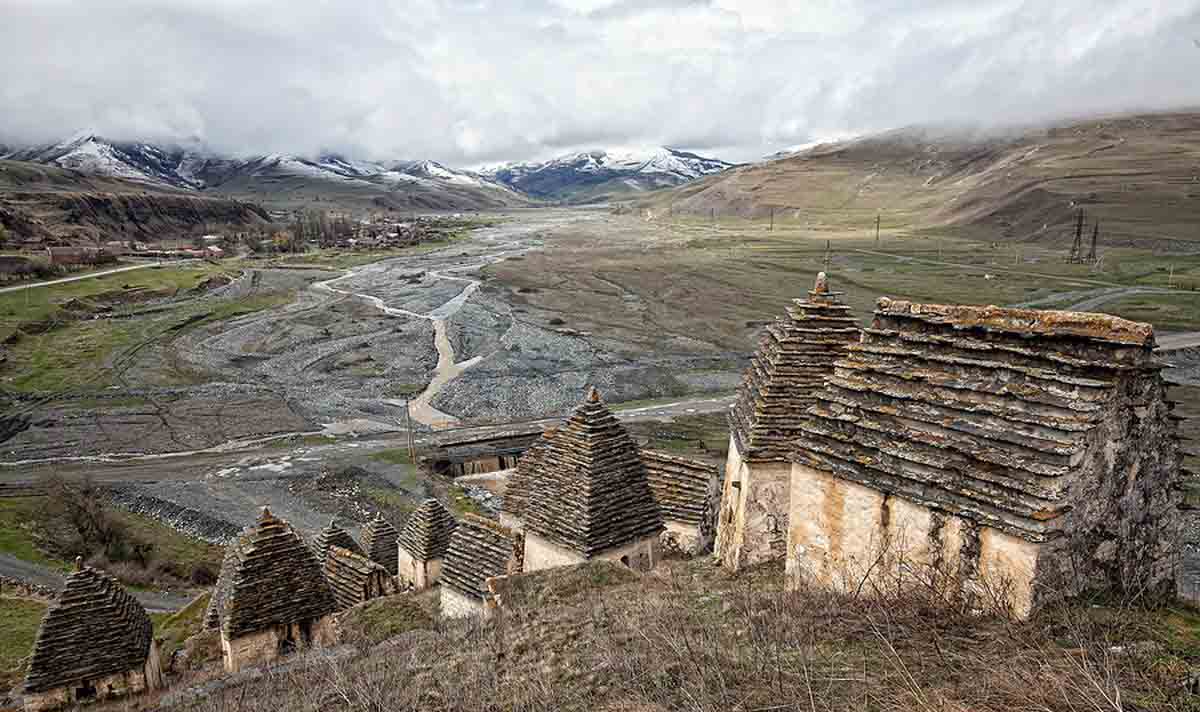 This city of the dead is in North Ossetia, hidden in one of the five mountain ranges that cross the region. Among the locals there are many myths and legends, and all of them boil down to the fact that no one ever returned alive from these places. Locals there never go, tourists this land also does not attract.

If you go the road of the city of the dead, it will take 3 hours of driving by narrow roads and small hills. Always foggy weather slows down even more. Once you get there you will find that the whole city stands on a hill and is a small white building. These white buildings also contributed to the name of the city. The fact is that these white buildings are nothing but stone crypts, where local residents buried their loved ones. Dargavs is an ancient Ossetian cemetery. The oldest crypt dates back to the 16th century.

The area is of little interest to tourists, but archaeologists here make unusual discoveries. So it was discovered, for example, that bodies are buried in wooden forms resembling boats. The secret remains: how the boats were in places where there are no navigable rivers. One explanation is that the soul, before entering heaven, must cross the river. Not far from the crypts are found a lot of coins. This is explained as follows: as soon as the Ossetians buried a person close to them, they threw a coin from a hill, and if it strikes against a stone, the soul of the deceased has reached heaven.

Some crypts are located separately. In these crypts the criminals of the earth were buried. If during the epidemic the whole family was dying, then they were buried by other people in one crypt.

To some extent, the Dargavs can be attributed to the most mysterious places of the planet, as there are many legends and secrets around it.