Deciphered “Message from the Devil” 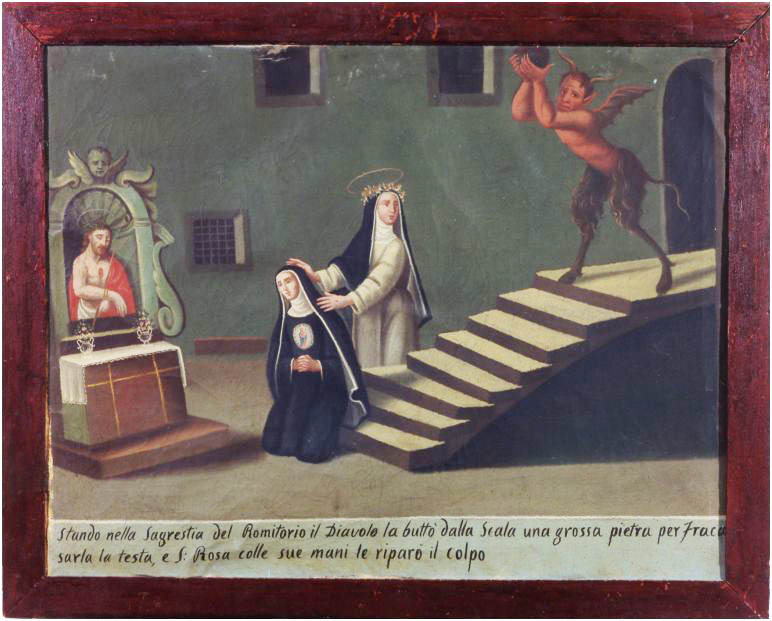 Italian scientists using an algorithm found in the hidden segment of the Internet, deciphered the letter “devil-obsessed” by nun Maria Crosifissa della Conchesion. The message remained mysterious for more than 300 years – since 1676.

The letter was written by the “hand-operated Devil” nun Maria Crocifissa della Concezione from the monastery of the holy Benedictines in the town of Palma di Montechiaro. At least she was sure of it herself.

What happened then, is known from the words of a nun – a young woman still, born of Isabella Tomasi (Isabella Tomasi). In 1676 she turned 31 years old. Allegedly, waking up in his cell, the nun saw that her hands were stained with ink.

Then the woman found a letter written in an incomprehensible language. I understood what she was writing, but I could not remember how and why. And eventually announced that the author of the letter was the devil himself, who temporarily settled into her body while she was sleeping.

The sisters, who lived at that time in the monastery, were seized with awe. They saved the letter without even trying to find out what was in it. Isabella, who, after communicating with the devil, took the name of Maria Crosifissa della Conchesione, also did not say anything about the content of the “message.” They began to read it. The letter was not destroyed, although it would be wiser to get rid of everything diabolical as soon as possible. From sin.

And after more than three centuries the letter was deciphered. According to the head of the research group Daniele Abate, there was mysticism: the key to decoding was found in the secret web of dark web.

Text “Letters” – chaotic. Decrypters do not bring it entirely – only individual phrases from the existing 15 lines that are not compatible with each other.

In one “the devil asserts” that there is no God: “God was invented by man,” and “Jesus and the holy spirit mean nothing.” In another he says: “God believes that he can liberate mortals.” Therefore, it is.

The letter mentions Styx, who in Greek mythology personified primitive horror and darkness, but had nothing to do with either God or the devil-in the form in which they were represented in the 17th century. “Perhaps now Styx is undoubted,” she says mysteriously from the lines.

Abate believes that the author of the letter is still a nun. Having outstanding linguistic abilities, she wrote it in the language of her own invention, which eventually turned into decoding.

It seems that the nun, for some reason, deliberately organized a hoax. But there is no certainty about this. Psychologists have often faced with the phenomenon of so-called automatic writing. This is when a person began convulsively, as if dictated, to write bizarre texts – sometimes in languages ​​that are not on Earth and have never been, used both letters and unknown symbols.

The nature of automatic writing is not clear. It is possible that it is a symptom of a certain mental disorder.

By the way, Abate does not rule out that Maria Crosifissa della Concecione suffered from schizophrenia or bipolar disorder. On the other hand, who knows, suddenly she really was dictated by the devil? He can – the clergy do not doubt it.

“The letter of the devil” carefully stored in the cathedral of the Sicilian province of Agrigento. His copy is in Palma di Monteciaro – in the very monastery in which Maria was from the age of 15. The original is hidden. And tourists can look at the copy – this is a local landmark.