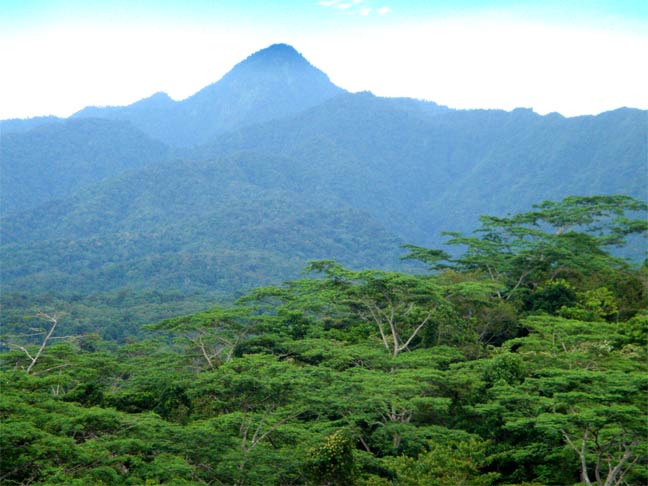 In the 1930-ies the young couple Leon and Charles Miller chose New Guinea, home of the wild cannibals, for your honeymoon.

Sterren reached the mountains and walking up the river Merauke to its origins, our couple, accompanied by local porters thugs opened on the border of the virgin forest and areas of snow not yet known at the time the tribe, kiriri.

In the village of Leona Miller and saw how women were purified coconut with a strange device resembling the tip of an elephant Tusk or Rhino horn. Intrigued, she mentioned it to Charles, who after a brief examination convinced that such knives in the village a lot.

These knives, as later will write Charles Miller in his book “Caravan of cannibals”, was made of a material like horn, composed of layers, converging on a cone, while the latter was not the tip, tip. The knife reached 45 centimeters in length and at the base was 15 inches. Behind him was the conical cavity. But it weighed about ten pounds.

After asking one of the elders named VRO, Charlie got the figure of a lizard, made in the sand. “He had a long neck and huge body with a big belly”.

Thinking that it is something do not understand, Miller was asked to repeat the pattern. This time the animal was depicted in more detail, the head was crowned with a wide comb, and a chest defended triangular scales… as in books with reconstructions of dinosaurs in our museums, says the traveler.

In order to better define the size of the animal, VRO has drawn in the sand, two lines of nine metres from nose to tip of tail. Then estimated and added another three feet.

So, it was about some kind of reptile 12 metres long! Skeptical after seeing the sketches, Miller, suppressing a grin, he asked all the same where they live, these creatures.

— In two or three days from here, towards the hills in the North-West, the man replied with gestures.

Miller decided to make a sensational report, and asked several kirari to take him to places inhabited by giant lizards. It’s not difficult, was the answer, because residents often see them, is Rau (Row), and the name comes from the cry of a beast, intermittent whistling. The sending of the expedition appointed for tomorrow. 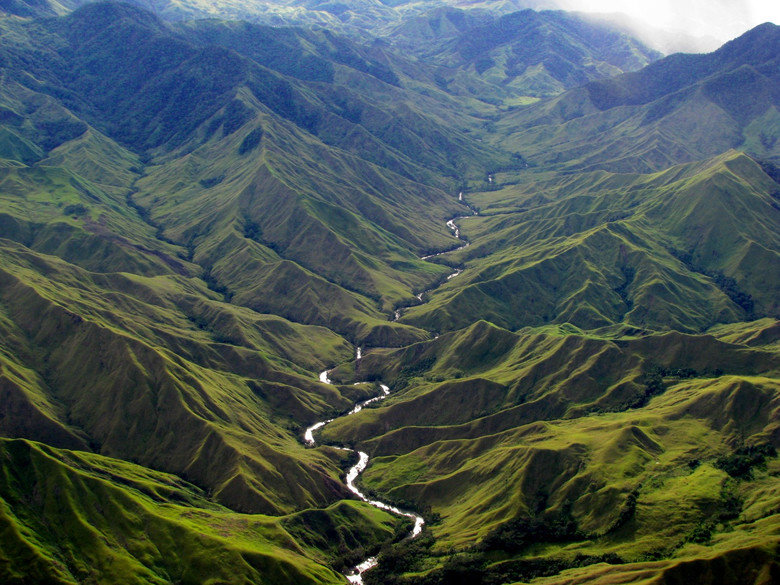 In Papua New Guinea many little-known places, but whether or not there could be the dinosaurs?

The first night, after a day in difficult mountainous terrain, the young couple got out to a huge plateau, overgrown with bushes and trees, and made camp with the help of conductors. At dawn they moved West along the edge of the plateau, which all arrivistes down, not yet formed a sheer cliff with a height of tens of meters.

When they reached the Western edge of the plateau, the conductors were instructed to go North, they were visibly nervous and moved with caution. But came to the goal. The tribe asked the millers to lay prone on a bed of greenery and looking down. Down there stretched a huge, triangular-shaped bog. It connects the two plateaus, where they were, and similar. From there flowed a tiny brook. A site survey was interrupted by a movement in the reeds…

Impressed, Miller was literally paralyzed. When his wife looked back, she first froze in surprise, then buried her head in the litter, unable to raise his eyes from fear.

Miller gradually came to himself and aimed the camera at the animal’s head and neck which stick out from the reeds.

Off camera, Miller thought Rau had heard some sounds,

“as it suddenly stopped, sat down on his hind legs, and the front hung in the air, and turned his head in our direction. It was us four hundred metres, but I felt that he drills us with their evil eyes. I dove into the Mat and breathed freely only when he was out in the reeds”.

At this point Miller, not forgetting that it needs to remove, noted that the creature has a yellow-brown color similar to the color of the reeds in which it lives. In addition it is covered with scales, and the scales look like armor uneven shape, serving as camouflage. So they say even in the color film to see is quite difficult.

“Two more times after that, Rau was shown and allowed to examine leathery comb around the head and another along the spine. My film ended at the moment when the creature disappeared in a grove of dwarf eucalyptus trees”.
Miller lied?

Very much speaks in favor of the fact that Miller is a liar. Because they do not provide any conclusive evidence, except his story.

First of all, if Charles Miller seen so many horns of the lizard in the use of the locals why he had not taken any paleontologists? It would produce a revolution in science. And then, in his richly illustrated book, Miller brings a photo of the trophy “old age”.

Now about the film, which was brought from the “Papuans” Miller, a professional operator. (He later worked as in Los Angeles.) Miller’s book was published in London in 1950. He tells her that they showed pieces of the movie, filmed in New Guinea, the tycoons British film industry. But there was not a word about the “dinosaur” film. Moreover, the value of such a film would be trudnootdelema. He hardly went unnoticed.

In addition, the description of the creatures made by Miller, tells against him. His monster is not consistent “reconstructions are seen in museums”. It is a curious mixture of characteristics of different known creatures, very vaguely reminiscent of this or that animal has a long neck and a huge tail, like the sauropods (Brontosaurus and the Diplodocus other), his head topped by a horn and leathery crest like a Triceratops, a body with a crest of triangular plates like a stegosaurus, but that this ridge is double.

The descriptions of dinosaur Miller looks like a mixture of Triceratops, stegosaurus and sauropods 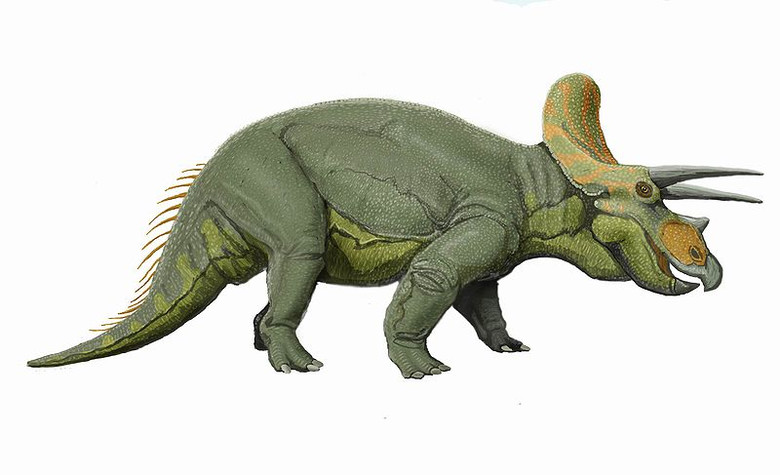 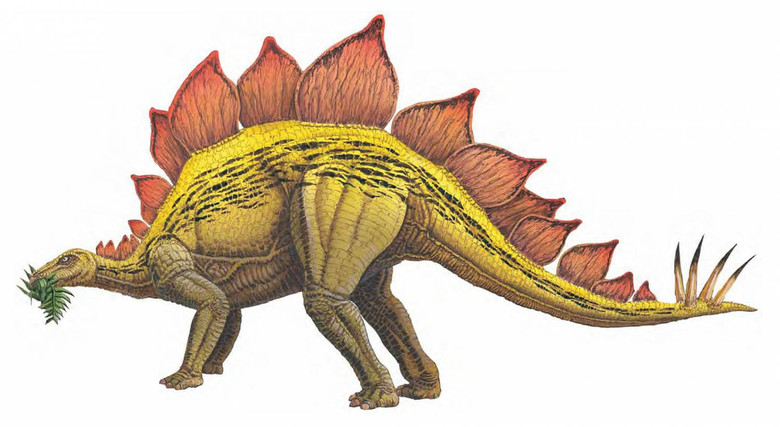 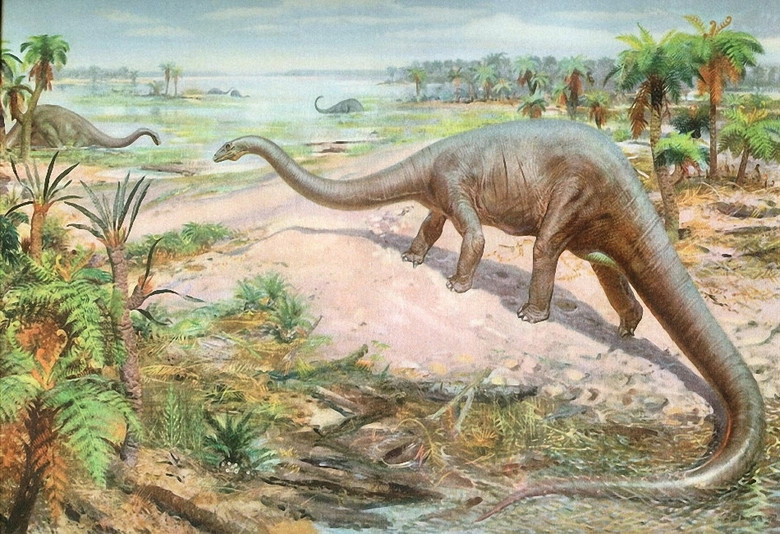 It turns out that it is not a dinosaur at all, but if the animated corpse created by the imagination of a whole group of paleontologists, each of whom drew his own, and then all of this put together, as in the cartoon.

Of course, it is impossible to assert a priori that such a being is in nature impossible. Zoology has already presented surprises. But Rau combines very different groups of animals.

On the other hand, the stegosaurs are known only from the Cretaceous of North America, and it is strange that they were so far away in Asia, in the area of it, looks like it never connected.

In short, the story of Rau painfully reminiscent of the fake.
New information

However, this is not the end of history the new Guinea dinosaur. Since 1990 in New Guinea periodically noticed large unidentified reptile similar to a dinosaur.

Alice Pakington (a local resident of the island Imbongi surveyed in 2012), in 1999, working in his garden in broad daylight, at a distance of 40 meters saw the creature a length of about 3 meters, which moved slowly, holding its long neck upright, then began to eat the leaves of plants.

Judging by the size and the smooth skin – it was a juvenile sauropods. Dine, the animal quietly, not paying attention to Alice, down to the sea and disappeared under the water, leaving on the shore five-toed footprints, which Alice subsequently showed the neighbors.

Similar creatures, but much larger (if one of the cases only the neck of the creature was about 3 meters, and the total body length, not counting tail length – 8) recently observed simultaneously by multiple people in the coastal zone in the ocean around the island Imbongi and around the island of Gasmata nearby.

As mentioned above, West New Britain, according to local residents, is also home to a creature named Doreen, is also coming to the coast to feed. Eats animal food, collects the crabs can climb in the garden and expand all that is planted there, but not for the purpose of eating plants and to search for land invertebrates.

The front legs are shorter than the rear Dorin and when this animal moves slowly, it often goes on four legs. But the two rear runs very fast and is easy to run away from the man.

In November 2010 the pastor of a local Protestant Church Ken John Dorin was observed at a distance of one meter through a crack in the door rustic toilet.

His congregation is being too well known, and so they draw his footprints: 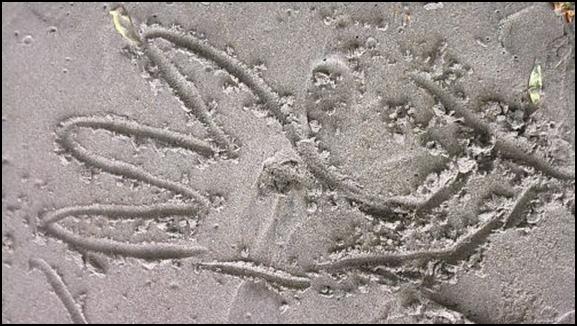