Dinosaurs were sociable and slept in embrace 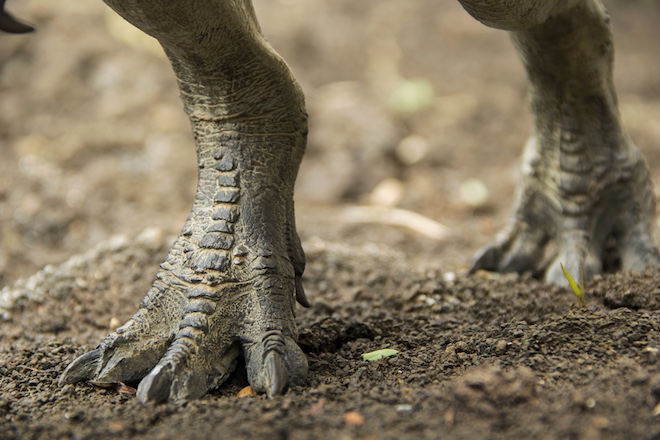 Paleontologists discovered in the Gobi Desert fossil remains 70 million years old, belonging to three young dinosaurs of the Jurassic period, who peacefully slept, huddled together when a catastrophe occurred. The animals were covered with a thick layer of ash or soil, probably from a volcanic eruption or sandstorm, and they died within a few minutes.

Fossils have not yet been identified, but, according to the description, they had dome-shaped combs on their heads, walked on two legs and looked like cassowaries, gigantic flightless birds that now live in northern Australia and New Guinea.

“This is an impressive discovery, it shows that dinosaurs lived in groups, like flocks of birds. They probably had feathers, although they could not fly, and no doubt they were social creatures, “said Stephen Brusatta of Edinburgh University.

Scientists have established that birds evolved from a group of dinosaurs, including velciraptors, menacing socialized predators known from the movie “Jurassic Park”. “In addition, we learned that dinosaurs were warm-blooded, unlike other reptiles,” said Professor Mike Benton of the University of Bristol. “They needed feathers not for the flight, but for keeping the heat and attracting partners, like peacocks, for example, are the most important ability for a social animal. Only later in the history of the Earth feathers were used by birds as auxiliary tools to climb to the sky. ”

A new study led by Greg Funston from the University of Alberta also showed that some feathered dinosaurs had stripes, others had spots, and others had tufts. These features of the plumage certainly played a role in the designation of the territory, preventing rivals and attracting partners.

Some researchers believe that the bones could be crushed by a flood or settling long after the animals died. But the analysis of Funston and his team shows that the two dinosaurs were lying on their feet, their necks turned back, skirting the body, and the forelegs supported the head: a pose similar to that of sleeping ostriches and emus.