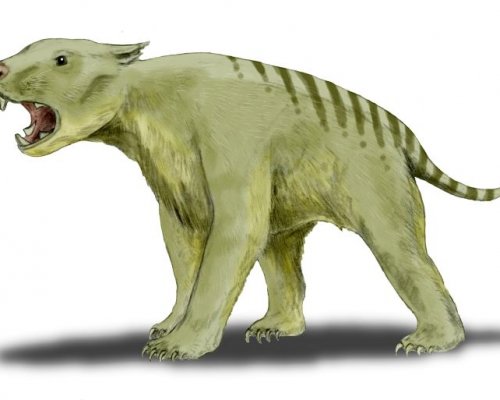 Scientists have found the remains of a previously unknown subspecies of marsupial lions. This species inhabited forests throughout Australia is 18 million years ago. Discovered this sub-species, scientists decided to call it Microleo Attenboroughi. The second word taken from the names of the popular presenter and naturalist David Attenborough.

It turned out that a new subspecies of marsupial lions was much smaller than his immediate relatives. Scientists have found that animal different from “cute expression face”, despite his bloodlust.

Microleo Attenboroughi weighed only 600 grams. Body size they resembled modern opossums. Like other marsupial lions, had strongly pointed molars, which they crushed, torn and divided the prey apart.

Unfortunately, Australia was extremely poor at the remains of this astonishing creature. Up to now from a marsupial lion remained only a few teeth, however, even they could tell a lot.