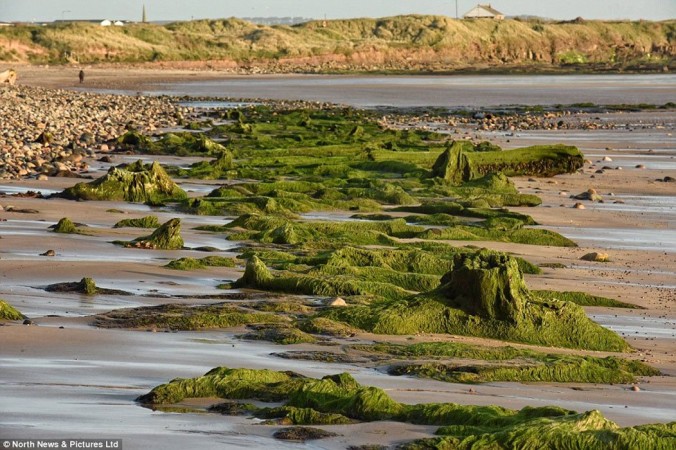 Remnants of prehistoric forest, the stumps and trunks of trees, appeared during low tide along a 200 metre stretch of coastline around Northumberland. Many believe that this Doggerland — Atlantis Britain.

This forest existed in the late Mesolithic. It started to take shape around 5300 BC and was covered with ocean three centuries later. Studies have shown that in a time when there was an ancient forest, the sea level was much lower. There mostly grew the hazel, alder and oak. Researchers believe that the forest was part of Doggerland, plot of land, which were connected in ancient Britain and Europe.

Located in the North sea, Doggerland was a large plot of land, its area was approximately 260,000 square kilometers. At the end of the ice age the sea level has risen as a result of the storms and severe flooding territory of Doggerland rapidly decreased.

Doggerland, as scientists believe, was first inhabited in 10,000 BC, and between 8000 — 6000 BCE catastrophic flood led to its sinking.

The study conducted by a group of archaeologists and volunteers from Archaeological Research Services Ltd, which had previously completed several other projects related to Northumberland. The works became possible due to low water levels. In the main excavation involved a total of 700 people, they found the Parking lot of the iron age Dating from 300 BC Dr. Clive Waddington of Archaeological Research Services said: “In 5000 BC, the sea level rose rapidly and flooded the land. Then the sea has receded a bit, revealing the forest.” 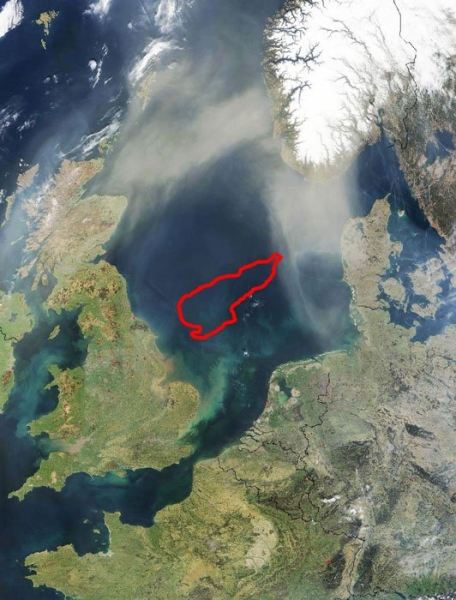 Waddington said that his team had found signs of people, adults and children. According to the results of the analysis of fingerprints, they wore leather shoes. Found also traces of animals: wild boar, brown bear and red deer.

Petrified forest of Doggerland not belong to the oldest known forests. The oldest fossilized forest discovered by scientists from SUNY-Binghamton in the town of Gilboa in upstate new York, in 2004. According to an article published in 2012 by William Stein of Binghamton, fossils are dated to 370 – 380 million years.