Dr. Ivanov’s experiments to create hybrids of ape and humans 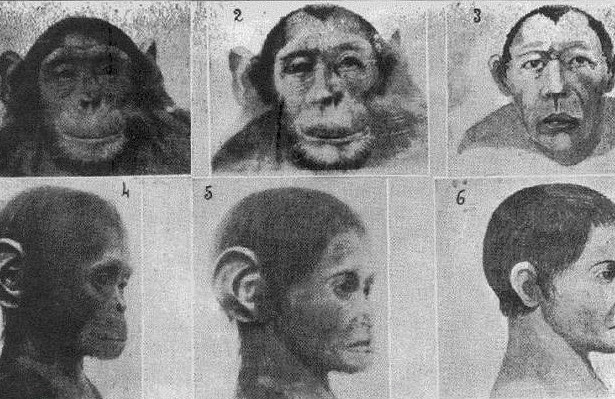 In the 1920s, the famous Soviet specialist in interspecific crossing received a large sum from the state to conduct experiments on breeding a hybrid of a man and a monkey.

In early September 1924, Soviet professor Ilya Ivanov, known for his works on interspecies crossing, turned to the People’s Commissariat of Education with a very bold proposal. The professor offered to fund his experiments on crossing humans and monkeys, which he believed was absolutely real.

He believed that it was not nature, but only human inertia and dullness that prevented the emergence of a new creature – the ape man. Exactly one year later, in September 1925, the professor not only received permission to conduct experiments, but also a huge amount in foreign currency to finance them.

Professor Ivanov got carried away with the idea of ​​crossing a man and a monkey and creating a new creature back in the 10s. But in pre-revolutionary Russia, as in the rest of the world, such ideas would be viewed as blasphemous, so the scientist had to deal only with animal hybridization. He worked in the famous “Askania-Nova” reserve, located in the Kherson region.

The revolutionary explosion has led to a special enthusiasm for science. It seemed that since such a global revolution had been made in the country, it would have been easier than ever to make it in science. Unrecognized geniuses with projects of perpetual motion machines were drawn into high offices. Someone was chased away, someone was given money. Ivanov had the advantage over them that he really was a major expert in his field, his name was known.

As soon as the civil war passed and the country somehow began to recover from devastation, Ivanov decided that his time had come. In September 1924, he turned to Novikov, Chairman of the Commission for Procurement Abroad. I convincingly told him what a great breakthrough both in the scientific and in the religious-propaganda sphere the creation of a hybrid of man and ape in the USSR would be. Novikov became interested in the idea and sent the People’s Commissar for Education to Lunacharsky several notes with a request to support the initiative.

The professor wanted funding for his station in Africa. The French agreed to provide him with a station in French Guinea, although it cost a lot of money. Ivanov wanted 15 thousand dollars a year. For the USSR, where in the mid-1920s, every dollar was on the account, this was quite a lot of money.

Lunacharsky asked for the opinion of Glavnauka. The correspondence between the People’s Commissariat for Education and the Glavnauka lasted for several months, in the end it was decided not to give money. But Ivanov did not give up so easily. He managed to interest very influential people in his project. Gorbunov, manager of the Council of People’s Commissars, became an ardent supporter of the scientist. A man who was once Lenin’s personal secretary and one of his closest people.

Under his patronage, Ivanov managed to get through to a report at the Academy of Sciences. It was already a completely different level. In September 1925, exactly one year after the start of correspondence with the People’s Commissariat for Education, Professor Ivanov spoke at the Academy with a report on his project. The project was supported, the money was allocated through the Council of People’s Commissars thanks to the help of Gorbunov. True, Ivanov had to moderate his appetite a little and be content with only 10 thousand dollars, but this amount was huge.

After six months of the expedition, he had absolutely nothing to brag about in the reports, he did not even get the adult monkeys necessary for research. Ivanov complained that the locals were afraid to catch adult chimpanzees, and left for France, where he tried to negotiate the sale of several monkeys to him for experiments.

The Academy of Sciences this time refused to his new request to send additional sums. Meanwhile, in the USSR, the topic of a new hybrid man became very popular. The writer Fortunatov sat down to write the novel “The Island of Gorilloids” – about the army of ape-men created by the imperialists in Guinea. Even the composer Shostakovich became interested in the topic, having conceived of writing an opera about a hybrid of a man and a monkey. This work, however, was never completed.

Meanwhile, after much effort, Ivanov finally managed to get hold of 11 chimpanzees: six females, two males and three juvenile juveniles. But a new problem arose. Local residents categorically did not agree to become experimental subjects and allow themselves to be fertilized with monkey seed. Therefore, we had to limit ourselves only to artificial fertilization of females.

However, by mid-1927, Ivanov ran out of funds. There was nowhere to get new ones. The Academy of Sciences did not agree to provide funding for its own line. The manager of the Council of People’s Commissars, who had not seen real results, also did not dare to allocate currency. As a result, it was decided to take the obtained monkeys to the Sukhum Reserve, where the research will continue. Ivanov believed that in the USSR it would be incomparably easier for him to find female volunteers for fertilization than in backward Africa, where no one was interested in science.

However, a disaster struck on the way back. All the monkeys captured by Ivanov died on the way. It was possible to bring only two to the USSR, but they also died a few weeks later. But an even bigger blow to the scientist was that none of the fertilized females became pregnant, as evidenced by the autopsy results.

In his report to the Academy of Sciences, Ivanov pointed out that the experiment ended in failure, but this, of course, does not mean the fundamental impossibility of crossing. The problem was simply that the experiment was conducted under very difficult conditions. Ivanov could no longer count on the support of the Academy of Sciences, but in this case he had a backup option. The Communist Academy was a kind of truncated analogue of the Academy of Sciences, only with an emphasis on ideology and the humanities. The organization employed mostly professional revolutionaries, and for them the glorification of Marxism-Leninism took precedence over purely scientific issues.

But even here Ivanov was in for a failure. In the midst of the search, the orangutan died. I had to order and wait for a new batch of monkeys. It wasn’t quick. While he was waiting for their arrival, very drastic changes took place in his life.

With the beginning of industrialization and collectivization in all Soviet sectors, a campaign began against “bourgeois” specialists who allegedly only harm the proletarian state. The purges took place in the army, in industry, in science. They did not affect everyone, but Ivanov was among them. True, that time there were no mass shootings, most of the specialists were sent into exile. In 1930, Ivanov spent about six months in prison, and then was exiled to Alma-Ata, where he began to work at the department of the local veterinary institute. There was no one to intercede for him, Gorbunov at the same time lost his post in the Council of People’s Commissars.

In March 1932, Ivanov died of a stroke. In an obituary published in one of the scientific journals, Ivanov’s experiments on crossing a man and a monkey, which he considered almost the most important business of his whole life, were mentioned very sparingly, in just one sentence. This is how the attempts of Soviet science to bring out the monkey man ended.