Earth has been ruled for 241,000 years by eight kings who came from heaven Over the years, scientists have discovered copies of a single manuscript in various regions of ancient Mesopotamia, believed to be the only manuscript called the “Sumerian List of Kings,” which details how eight mysterious kings ruled our planet in the distant past over a staggering period of 241,000 years. The manuscript even states that these rulers “descended from heaven.”

The Sumerians were fortunate in their choice of material for their writing. The charred clay tablets proved to be remarkably resilient. Of course, four thousand years have not spared them, but something was preserved, and sometimes it survived quite well. Written on these tablets, some incredibly strange myths about no less strange gods have come down to us.

The List of Sumerian Kings, or Chronicle of a Unified Monarchy, is an ancient literary work written in Sumerian that was probably created in the late third or early second millennium B.C.

But how is it possible that eight kings ruled the earth for 241,000 years? 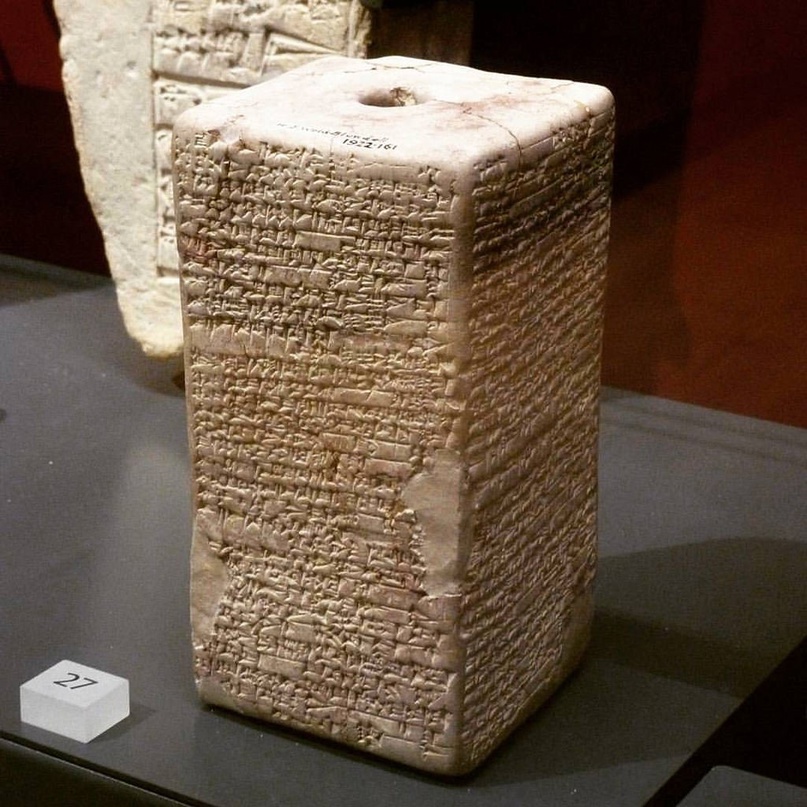 In other words, scholars tell us that some of the things written in the Sumerian list of kings are true, and others – such as the implausibly long reign – simply cannot be.

Moreover, not only does the Sumerian list of kings say how long these kings ruled on earth, but also that these eight kings “descended from heaven,” after which they ruled for a surprisingly long period of time.

Interestingly, the list goes on to describe in detail how these eight kings met their end during the Great Flood that engulfed the earth.

The list also details what happened after the Flood, as it clearly states that “another kingdom was brought down from heaven,” and these mysterious kings once again ruled over the people.

But is the Sumerian list of kings a mixture of historically reliable kings and mythological beings? Or is it possible that scholars simply categorized some rulers as mythological because of their special characteristics?

For decades, people thought that the story described in the Sumerian list of kings – the incredibly long-lived kings, their demise in the Great Flood and their replacement by new kings who came from above – was just another set of mythological stories.

However, many scholars and researchers disagree, arguing that what is listed in the Sumerian list of kings may not be mythology at all, and pointing to the fact that scholars today partially recognize some of the kings described in the list.

There is no consensus among Sumerologists on this. Some are very eager to believe that behind the fantastic figures are hidden genuine kings, and the mention of the flood is a reflection of some real cataclysm. They explain the huge dates by the desire of the ancients to show the special importance of the founding kings. But such an argument does not look particularly convincing. Others believe that it is all a myth. But they, too, have difficulty explaining who and why this myth was needed and what was its morality.

But the special value of the royal list is that in contrast to the myths it contains a lot of very specific numbers. So if a rational explanation can be found, then the numbers themselves will serve as a tool to verify this explanation and its proof. And the proven explanation of the mystery of the list will probably shed light on the history of Sumer and on the nature of the Sumerian myths.

Adding to the intrigue is the fact that the long periods of reign and the flood that occurred at the end directly connect the history of the Sumerian kings with the Bible, which is well known to us. The very first book of the Bible is Genesis, or, in Greek, Genesis. The first chapter of Genesis describes the creation of the world, the second the creation of paradise and man, the third the seduction of the woman by the serpent and the expulsion of man from paradise, the fourth the murder of Abel by Cain. Finally, chapter five lists the descendants of Adam in the line of his son Seth. And there, just as in the king’s list, the patriarchs are listed, who lived an incredibly long time, and at the end appears the same Noah, who in chapter six builds the Ark and in chapter seven meets the flood on it. And such a coincidence cannot be coincidental.

What if thousands of years ago, before modern history began, our planet was ruled by eight alien kings who came to Earth from a distant corner of the universe and ruled it for 241,000 years and then returned to heaven?

What if the accounts detailed in the ancient Sumerian list of kings are one hundred percent accurate, and that, contrary to the assumptions of “official” scientists, these unprecedentedly long periods of rule were possible in times when civilization, society and our planet were very different than they are today?

Do these ancient texts prove that the Earth was ruled for 241,000 years by ancient astronauts? Or – as scientists suggest – is the Sumerian list of kings a mixture of historical records and mythology?

It should be noted that the earliest of the listed rulers, whose historicity has been confirmed archaeologically, is Enmebaragesi of Kish, about 2600 B.C.