ENOUGH IS ENOUGH | A Short Film on the Issue of GBV 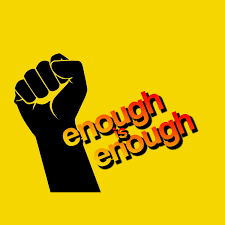 A short film on the issue of gender-based violence (GBV): While completing her Matric year, Zondikazi Mtonjeni (19) produced her third film, which follows on from her 2017 film Why Us. ENOUGH IS ENOUGH picks up on the story of Pamela Mala, a friend and neighbour living in Nkanini, Khayelitsha. Throughout her life, Pam has been intimately affected by drug-resistant TB, HIV, poverty and gender-based violence while raising three children. The film emphasises how GBV and abuse by close family members shaped Pam’s life and in particular her relationship with her mother. Parts of the film are difficult to watch and may trigger. We urge viewers to take care.