Established the age of the first domesticated dogs in America 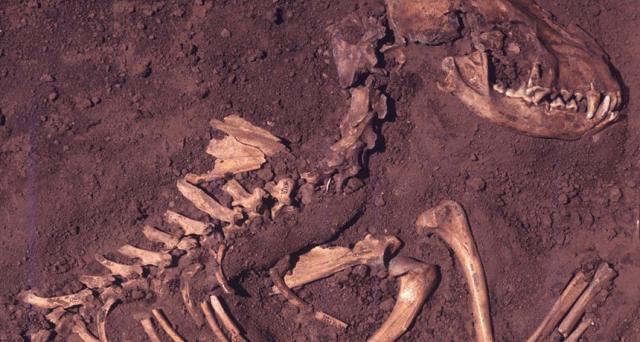 Dogs lived with people in the New World 10,000 years ago. This conclusion was made by scientists who analyzed the remains of three dogs that were found in the last century in two places in Illinois, USA.

Radiocarbon dating showed that they are about 10 thousand years old, 1,5 thousand years more than previously thought. The earliest evidence of the existence of dogs in this region is the remains of a dog eaten by a man, found in the state of Texas. Its age is about 9,3 thousand years. Whether it was domesticated is unknown.

The absence of stone tools near the burials of three dogs and traces of injuries to their bones, according to scientists, indicates that these dogs were not killed, but died for natural reasons and were buried with care.

There is an opinion that the first Americans arrived on the American continent from Asia, and these people could travel on dog sleds. However, the remains of dogs of the first wave of migration (15 thousand – 40 thousand years ago) in the north-west of North America, scientists have not yet been found.

Scientists from the British Durham University examined the remains of two dogs, found in the town of Coster in the 1970s, and the bones of a dog discovered in 1960 in Steelville. The distance between the two graves is about 30 km. One dog from Bonfire and one in Steevell looked like modern wolves. Another dog from Coster looked more like coyotes.