The Croatian cave of Vindia has long been considered a common habitat for people and Neanderthals. However, a new study puts this in doubt and argues that in Europe, modern man did not cohabit with related species.

It is believed that Cave Vindia in Croatia, approximately 32,000 years ago, was a potential meeting place for Neanderthals and ancestors of modern man. The new study, however, casts doubt on this: a radiocarbon analysis showed that the Neanderthals actually lived in this cave, but it was about 40,000 years ago – that is, 80 centuries before the arrival of modern people in this part of Europe. And if this is so, then other evidence of historical interaction between the two species in this region will be questioned.

How it all began

In the late 1990s, the researchers discovered the remains of Neanderthals in various areas of the cave, among them skulls, thighs and limbs, and much more. They, too, were examined by radiocarbon analysis. This analysis is based on measuring the content in an isotope object called carbon-14, which eventually breaks down at a fixed rate. Knowing how much isotope remains, scientists can accurately predict the time in which lived and died this or that individual.

Having studied the content of carbon-14 in collagen, taken from fragments of the skull and extremities, the researchers established an age range from 29 000 to 34 000 years ago – around this time the first representatives of Homo sapiens moved to Europe, as evidenced by other archaeological finds – bones and the tools found in the same cave. Scientists suggested that the two species lived together and even mated with each other.

People and Neanderthals: was there a connection? 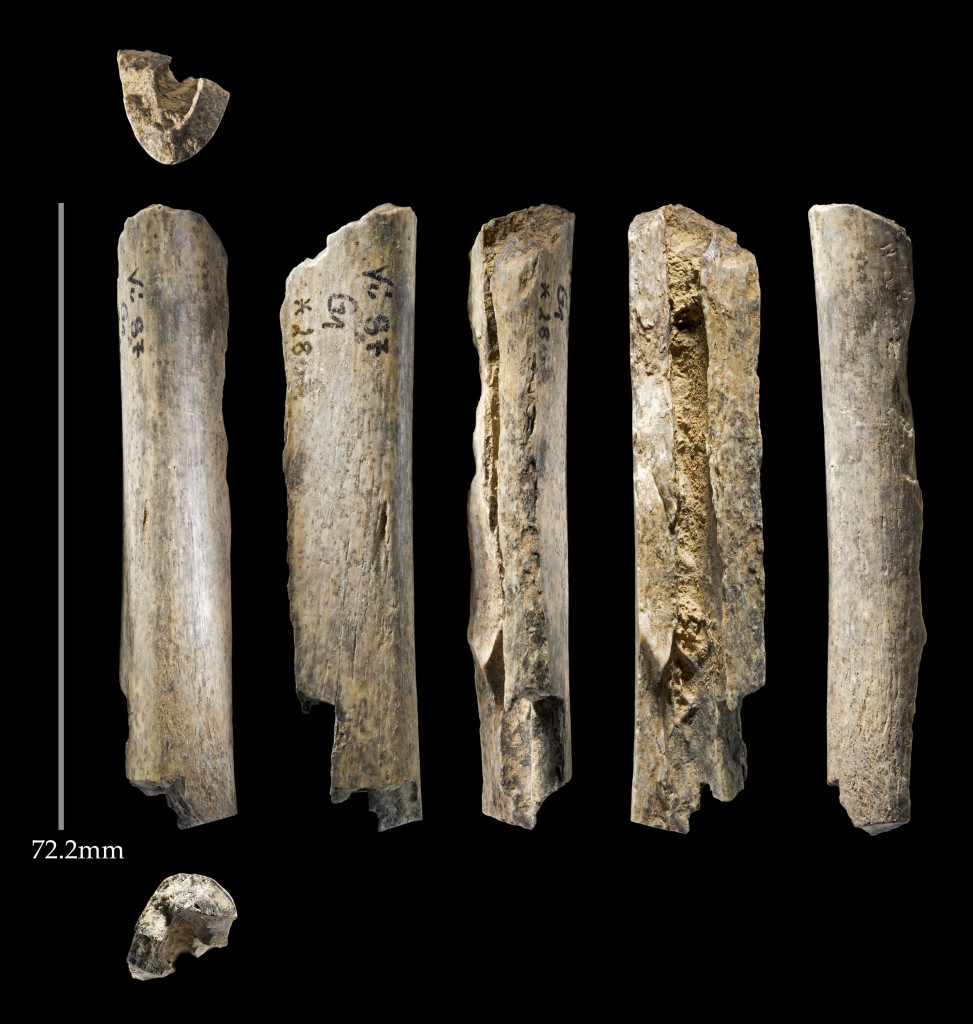 Bones found in the cave during archaeological excavations

Earlier this year, a team led by archaeologists Thibot Devise and Thomas Hayam of Oxford University turned to a more modern method of radiocarbon dating. For 30 years, the technology has undergone a significant improvement: instead of looking for carbon-14 in bone collagen (which is a gelatin-like mixture and can be easily contaminated with external impurities), researchers have isolated from it a certain amino acid – hydroxyproline.

Analysis of isolated hydroxyproline showed that, probably, the age of the remains is 40,000 years, which the team reports on the pages of Proceedings of the National Academy of Sciences. It seems that the burials of the Neanderthals appeared in the cave much earlier than the people came there. Archaeologist Joa Zilhau, who was not involved in the study, is sure that the analysis of a particular amino acid is a good way to avoid contamination problems, but he advised other laboratories to conduct their own analysis in order to avoid the human error factor.

Deny the interaction of people and Neanderthals can not: general genes, and even venereal diseases (protogenes of which, we believe anthropologists, we picked up from Neanderthals) indicate that our and their species at one time met and left a joint offspring. But, judging by everything, wherever it happened – it certainly was not Croatian caves.