Europeans can be descendants of the “Aryans” 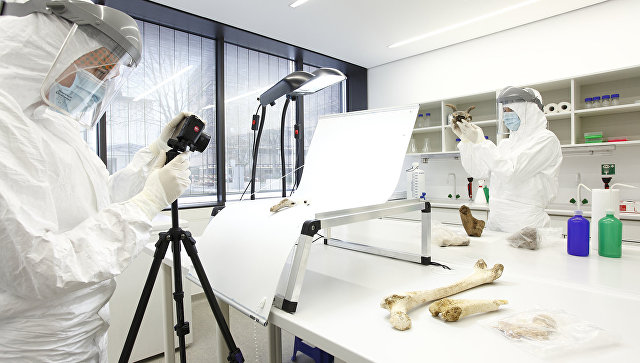 Skull of ancient farmers from Iran and learned from them the DNA told the researchers that the first inhabitants of Europe could not be descendants of the ancient peoples who lived in Iran and Anatolia 10-12 thousand years ago.

According to the generally accepted views today, the first inhabitants of Europe, engaged in agriculture, were descendants of the people of the Middle East, Anatolia and Iran, who migrated to new subcontinent approximately 10-12 thousand years ago. This event is a pseudo-scientists, including theorists of Nazi ideologies used to justify the “Aryan” origin of the Nations of Western Europe and their superiority over all the other inhabitants of the Earth.

Joachim Burger (Joachim Burger from Mainz University (Germany) and his colleagues presented evidence that actually Europeans are not descendants of this group of farmers from the point of view of genetics, examined the DNA of several of the inhabitants of Iran, was found on the slopes of the mountains Zagrocki in one of the most ancient settlements of farmers on the Ground.

Recently Burger and his colleagues held a series of other genetic studies, which seemed initially a scientist, testified to the contrary. They point to a clear chain of migrations, the first Europeans travelling to the Central part of the subcontinent, moving through the Western Anatolia, the surroundings of the sea of Marmara, Northern Greece and the Balkans.

The discovery of skulls and bones, presumably the oldest of the farmers that lived near the “fertile Crescent”, the birthplace of agriculture and civilization was to be, as the thought of a Burger, the crown of all his research and evidence that the primary birthplace of the modern inhabitants of Europe were Turkey and Iran.

The reality was quite different – compare the DNA of the inhabitants of the Zagros, the modern Europeans and Asians and their ancestors revealed that the first farmers of the Land from this corner of the “Crescent” gave the secrets of agriculture not for Europeans and people of South Asia. This is supported by the fact that most are similar from a genetic point of view of modern Pakistanis, Indians, Iranians and Afghans, not the Europeans.

This suggests two things – that the Europeans were not descendants of these first farmers and that in the region in the late stone age existed several isolated from other groups who have mastered agriculture almost simultaneously, and then migrated in different directions.

“It is a curious fact that the peoples who so strongly differed from each other at the genetic level, looked completely different and spoke different languages, had mastered agriculture and switched to a settled way of life are actually at the same time in different parts of Anatolia and the Middle East, two thousand miles from each other. The inhabitants of the Zagros, separated from the rest of the residents of Eurasia for more than 50 thousand years ago, were among the first who managed to invent farming,” concludes Burger.