Even 5000 years ago, the Sahara was green 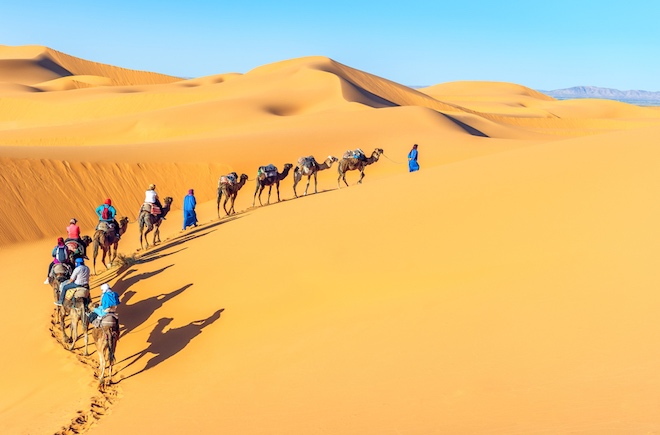 The Sahara Desert occupies about 30% of the area of ​​the African continent. This is the largest desert area with a hot climate and the second largest in area after the Antarctic. It is hard to imagine that once on these hot sands there were green plants, animals were walking and primitive settlements were formed.

The ancient river system, discovered by French researchers, indicates the lively past of the Sahara. In their opinion, the dried up riverbed belongs to the Tamanrasset river, which was formed due to abundant rainy seasons. It passed through the territory of Western Sahara 5000 years ago, ending with the Atlantic mouth in the region of Mauritania. 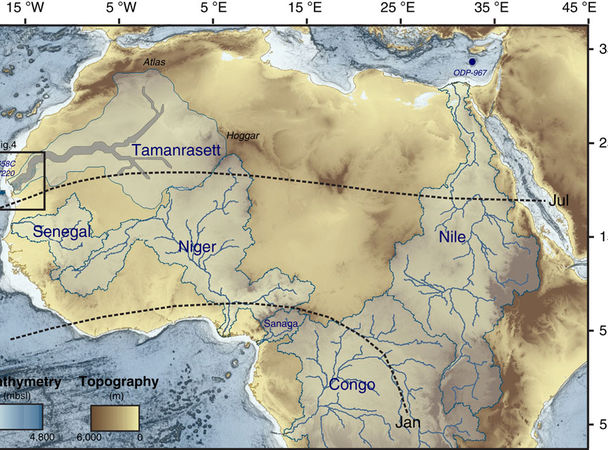 Using data obtained by the Japanese satellite ALOS (Advanced Land Observing Satellite), scientists discovered along the 500-kilometer channel sedimentary rocks, which allowed them to draw a conclusion about the richness of the Saharan flora and fauna in those distant times. According to their estimates, along with all the tributaries, the Tamanrasset River was one of the largest on Earth. There was a fish in it, and rhinos and other animals roamed the banks.

Recently, such theories are emerging more often, but just four years ago, researchers denied the possibility of the existence of rivers in these arid regions, fed only by monsoon rains.