Evidence of aliens visiting Earth, is encoded in the ancient works of art 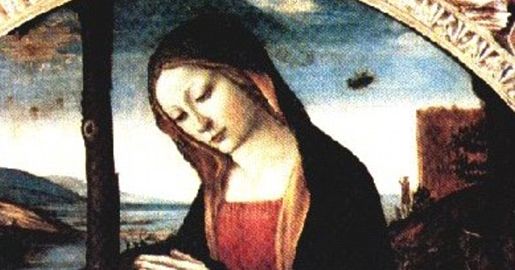 Proponents of this theory argue that ancient works of art can hide signs that aliens have visited humanity. The pictures painted centuries ago, cave drawings and tapestries contain characters and shapes that resemble UFOs and aliens.

But critics say it’s just the wrong vision of religious symbols or figures.

Let’s you and I look at these works of art and think, whether they depict UFOs and aliens or something else.

The Annunciation with Saint Eminiem, 1486 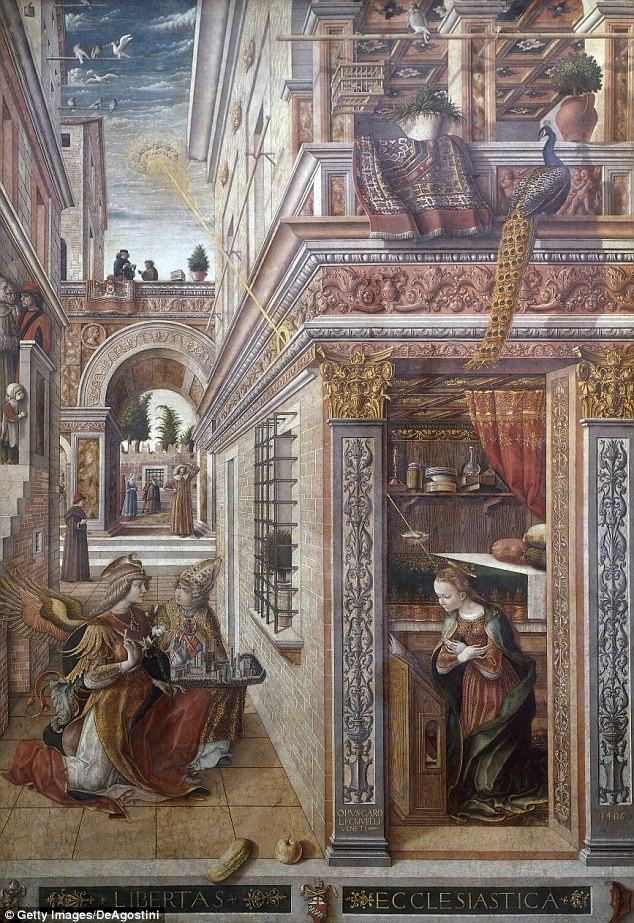 Painting by Italian painter Carlo Crivelli was written in 1486. It captures the moment when the Archangel Gabriel gives to the virgin Mary the news that she would bear Jesus.

Proponents of the theory suggest that the disk depicted in the top left corner and the light pouring out to Mary, is a spaceship.

But experts say it’s just a group of angels that formed in the sky circle. Ring and flowing from it the light symbolize the Holy spirit coming on the virgin Mary.

Illustration from the book “Ume No Chiri”, 1844 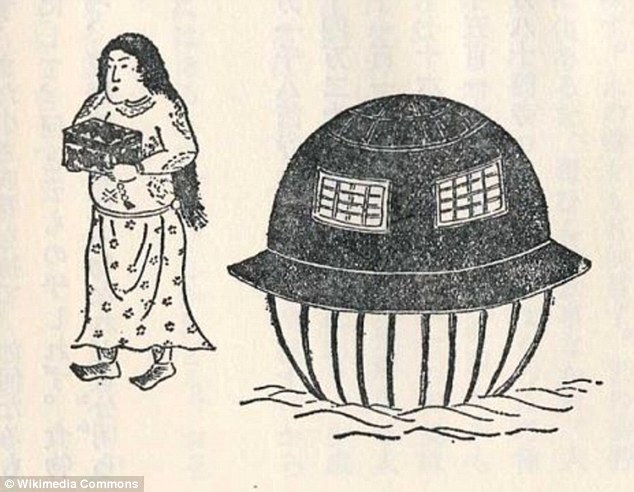 Urobune – mysterious, unknown object, which was found drifting off the coast of Eastern Japan in 1803.

The object is depicted in three different Japanese texts, including the book “Ume No Chiri”, 1844.

This sketch shows an object similar to the UFO that Japanese sailors were found floating in the ocean.

The description says that the object was made of steel and glass, and was large enough to fit average height people.

Inside the sailors discovered strange inscriptions which they could not decipher.

The Glorification Of The Eucharist 1600 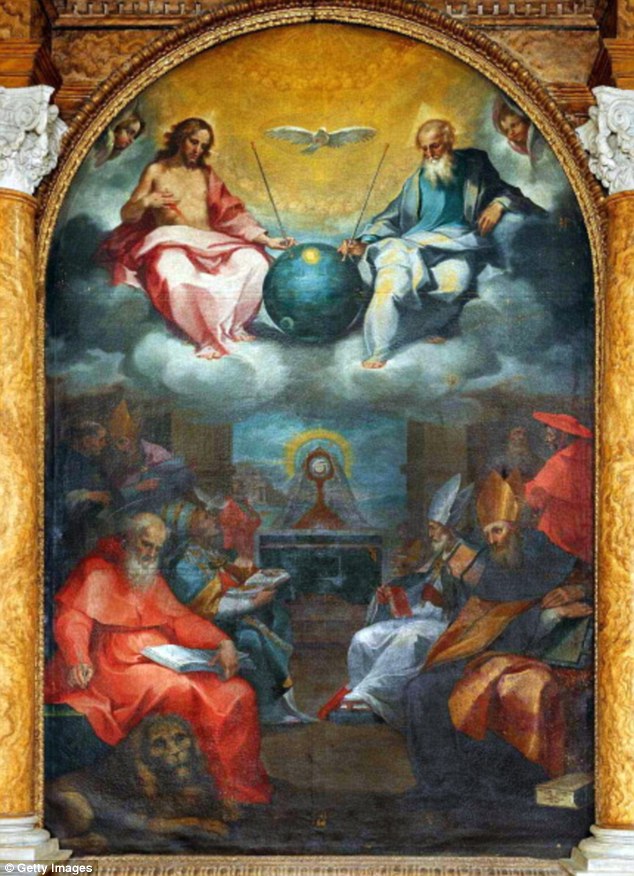 This picture is of 17th century work by Italian artist Bonaventura Salimbeni depicts God the father and Jesus. They look down on the Kingdom of God.

But in a strange, round object placed between them, reminiscent of a space satellite Russia launched more than 350 years later in 1957.

Proponents of the theory claim that: “these similarities cannot be mere coincidence.”

Saint Wolfgang and the devil, 1475 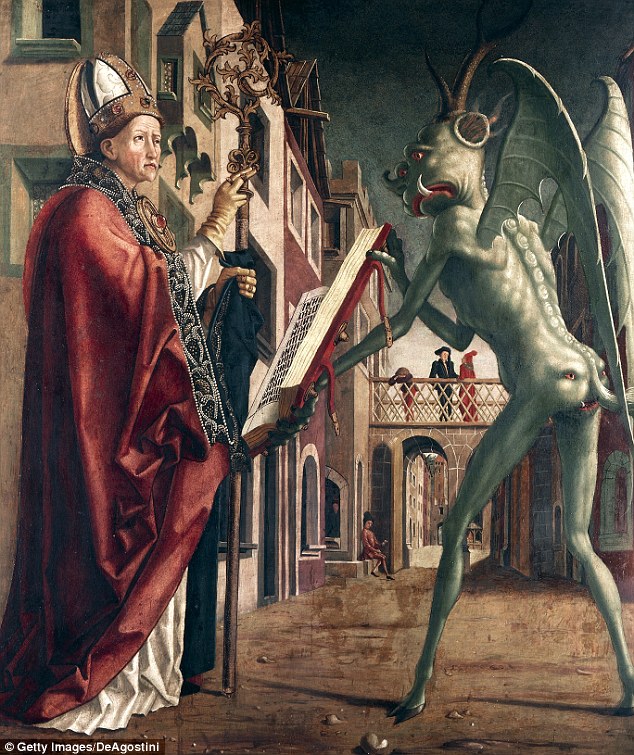 The creation of this painting of the famous artist of the 15th century of Michaela Pacher was inspired by the legend of Saint Wolfgang, who persuaded the devil to help him build a Church.

St. Wolfgang was the Bishop of Regensburg in Bavaria in the 10th century.

Proponents of the theory argue that the figure of the devil in the picture may be a picture of the alien that visited the Earth.

But it is very doubtful, considering that the devil are in a variety of strange forms over the long history of religious art. 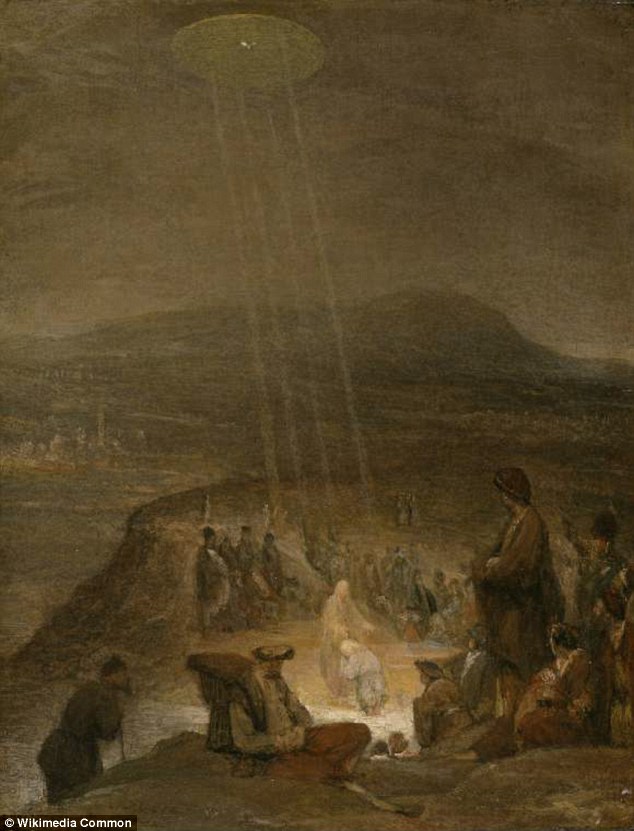 Art historians believe that this painting illustrates a passage from Scripture: “the heavens were Opened to Him, and he saw the spirit of God descending like a dove, and Disposals Him.”

It was written by Dutch artist Art de Gelder in the 18th century.

Proponents of the theory suggest that the object in the form of a disk, pouring a bright light on John the Baptist and Jesus can be a UFO.

“The artist wanted to convey the message that Jesus was associated with aliens and may have been of extraterrestrial origin. 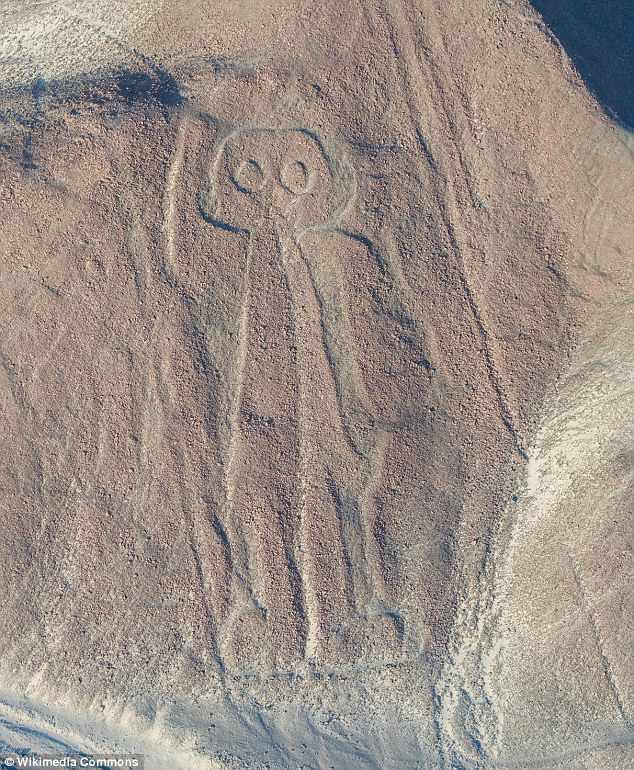 The ancient Peruvians who inhabited the Nazca, known for the fact that left behind rock paintings of enormous size.

Many of them were made between the first and sixth centuries.

This figure shows a figure that, as expected, similar to alien.

It is believed that the locals cut this figure to tell the aliens that they appreciate their visits.

But this image, with the same probability could be a message to the ancient Peruvian gods. 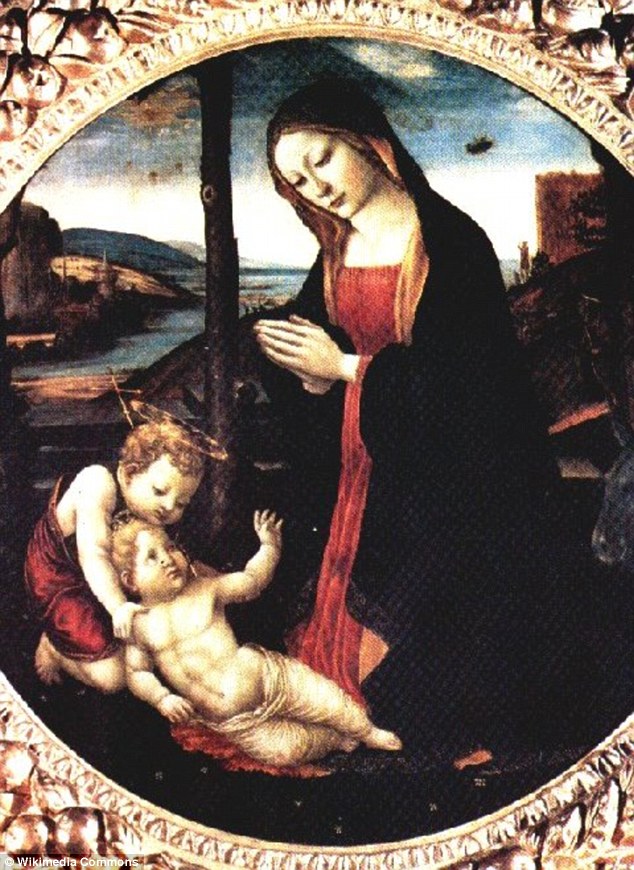 In this painting by the Italian Renaissance artist Domenico Ghirlandaio portrayed Mary, the mother of Jesus, looking at the two children.

The picture can be seen in Florence’s Palazzo Vecchio.

In the upper right corner above Maria can clearly see the object in the form of a disk. Far shore is seen a shepherd who stares at the object in the sky. He closes his eyes, perhaps because the object is metallic and glitters in the sun. As proponents of the theory, the object looks strikingly similar to a UFO, how it is represented today.

But opponents of the theory say that the artwork of that era often depicted clouds, pouring divine light as a religious symbol.