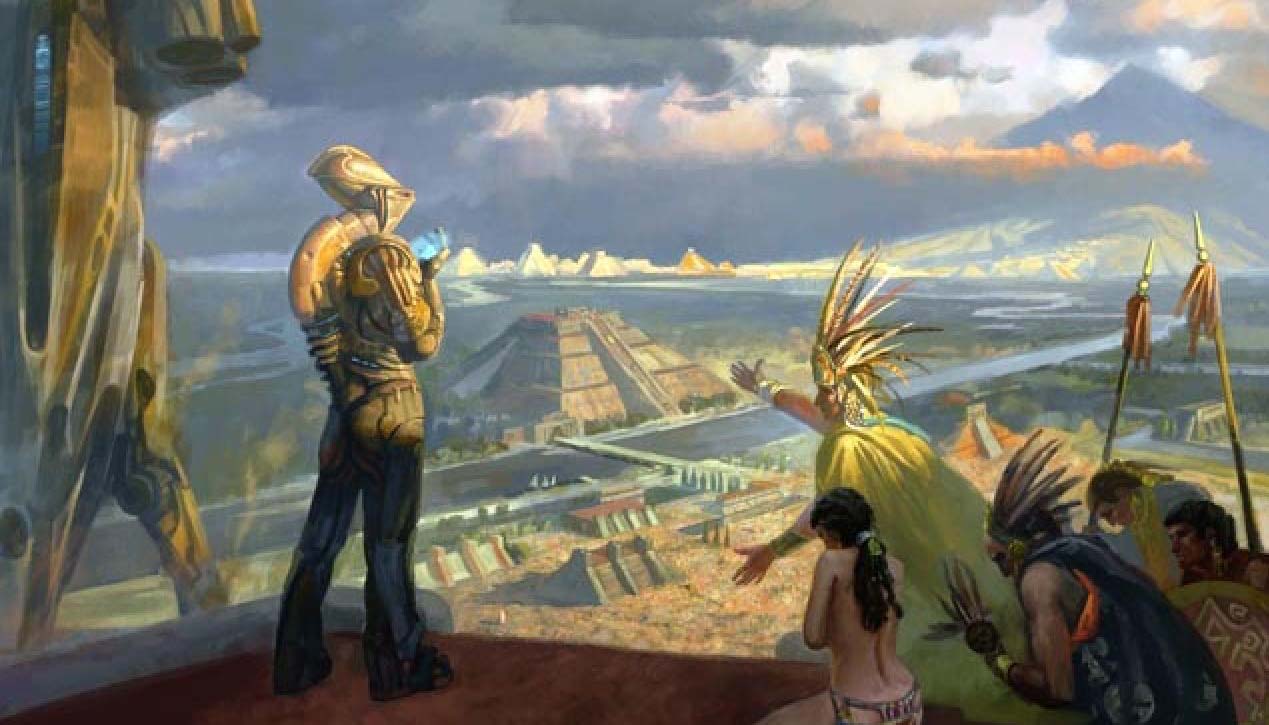 The ancient works of art can carry a proof that alien civilizations visited Earth. In old paintings, petroglyphs and other ancient artifacts, can be seen not only the UFOs, but also the aliens themselves.

The Annunciation with Saint Emidio, 1486. 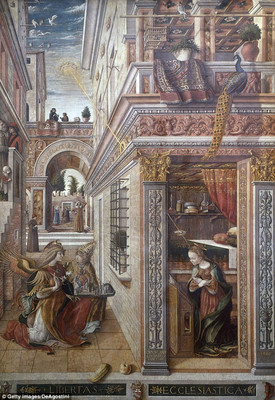 The painting by the Italian artist Carlo Crivelli was written in 1486. It captures the moment, as the Archangel Gabriel sends a message to the Virgin Mary that she will give birth to Jesus Christ. In the upper left corner, you can see a real UFO, which illuminates the figure of virgin Mary.

Illustration from the book «Ume No Chiri», 1844 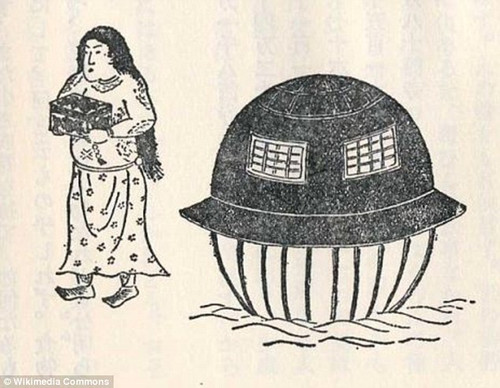 This mysterious object was found in the East coast of Japan in 1803. Its pictures can be found in ancient Japanese texts. This is a real UFO, which Japanese fishermen found floating in the ocean. In the description of the object is said that it is made of glass and iron and could fit inside a man of medium height. Inside the UFO sailors saw the strange inscriptions in an unknown language.

Glorification of the Eucharist, in 1600 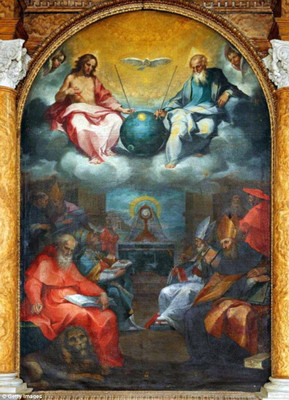 This painting was writtend by the Italian artist Bonaventura Salimbeni in the 17th century and it depicts God the Father and Jesus Christ, who look down on God’s Kingdom. There is a strange round object like a space satellite is between them. The same a satellite was launched in 1957, that is, 350 years after the creation of this painting. 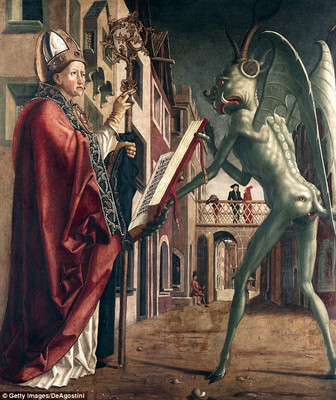 Painting by Michael Pacher was written in the 15th century. The plot of this painting describes the legend of St. Wolfgang, who convinced the devil to help him to build a church. St. Wolfgang served as bishop of Regensburg, Bavaria, 10th century. Devil shown in the picture may be not really a mythical demon but an alien. 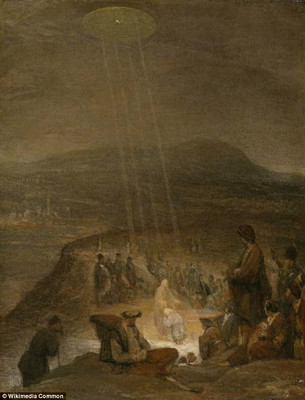 This painting depicts a passage of Scripture: “He has opened the heavens, and he saw the Spirit of God descending like a dove, and lighting upon him.” The picture was painted by the artist by Art de Gelder in the 18th century. There can be seen UFOs in the form of a disk from which comes the light illuminating the figure of John the Baptist and Jesus Christ. 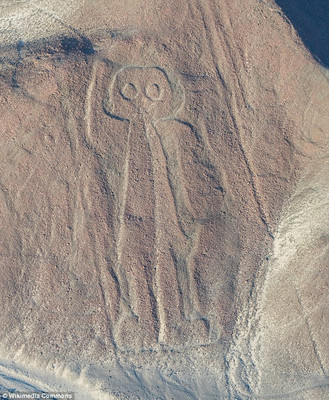 The ancient Peruvians left huge rock paintings created between the 1st and 6th centuries. On one of them there is a figure that can probably be the image of the alien. 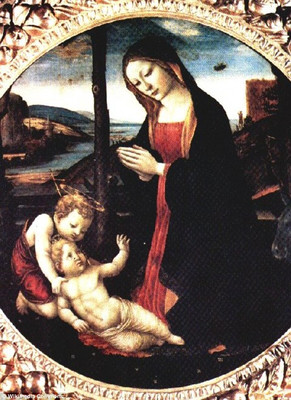 The painting by the Italian Renaissance artist Domenico Ghirlandaio, depicts Mary, the mother of Jesus, staring at the two children. In the upper right corner of the painting just above Maria is.