Excavations near the Shechem Gate in Jerusalem 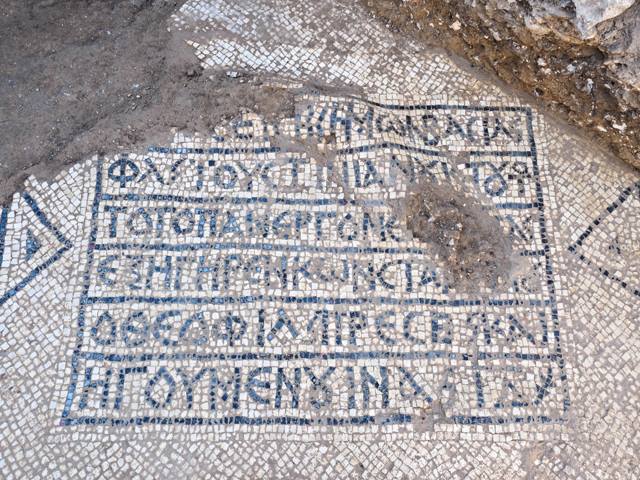 During the work on laying the telephone cable at the Shechem Gate in Jerusalem, a mosaic of the Byzantine period with an inscription was found, the age of which is about 1,500 years. According to archaeologists, the fact that the inscription is preserved, otherwise than a miracle can not be named.
“We conducted excavations on a patch where pipes, cables were laid for decades, there could not have been anything in principle, I wanted to close the excavation when I suddenly noticed the glitter of the mosaic, and to our shock, it did not hurt at all.To find an important inscription – , – says the head of the excavation David Gelman.

The text reads: “During the reign of the pious Flavius ​​Justinian, in the 14th year of the indictment, the God-fearing hegumen Constantine erected this structure.” Since the indication is a census for taxation, the inscription can be dated 550-551 years of our era. 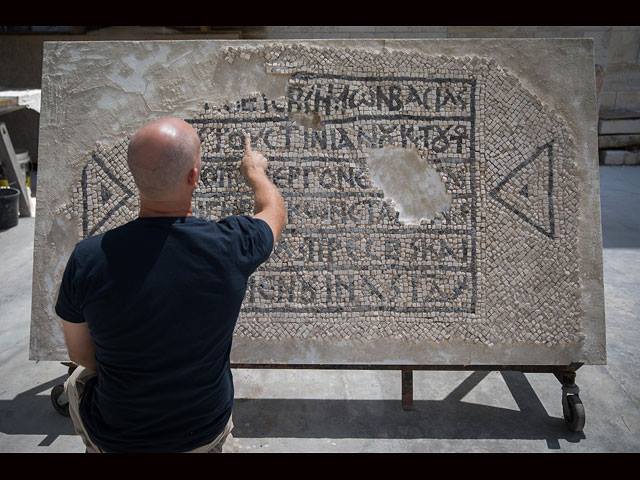 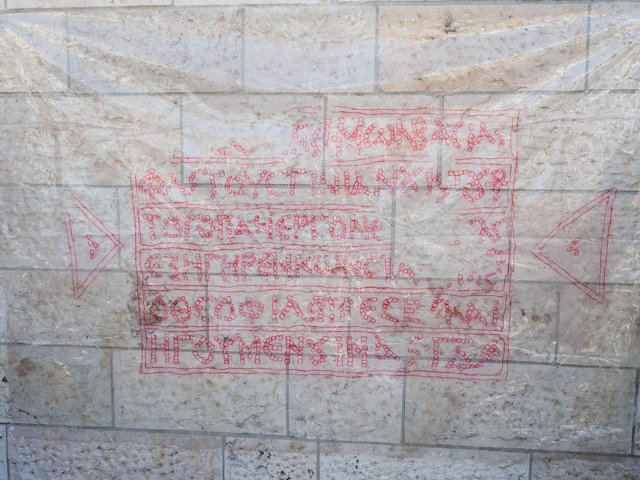 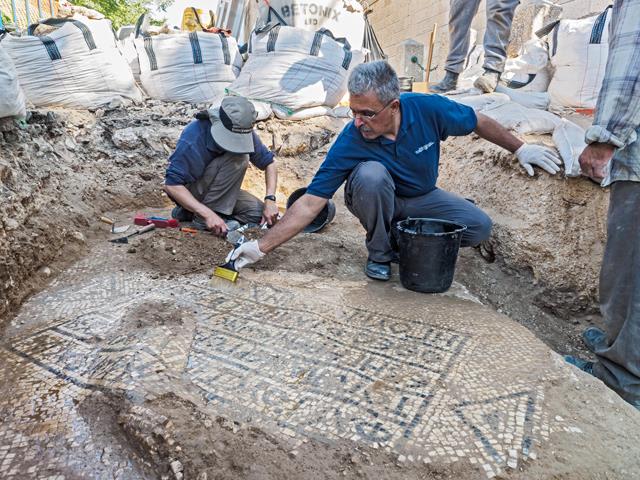 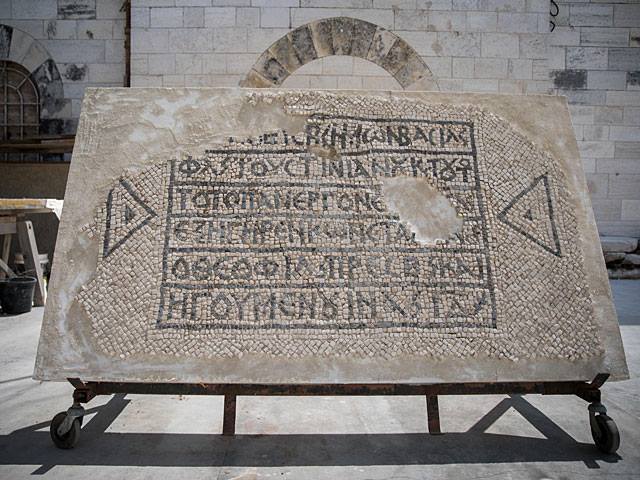 It is assumed that the building served as a home for pilgrims. The Shekhem Gate was the main northern entrance to Jerusalem. After Christianity became the official religion of the empire, a construction boom began in Jerusalem, churches, monasteries, hospice houses were built.

The Emperor Justinian mentioned in the inscription is one of the most famous rulers of Byzantium. He waged wars for the restoration of control over the Western Roman Empire conquered by the barbarians, as well as with the Persian dynasty of the Sassanids.

No less known are his construction projects, which touched and Jerusalem. In 543, the Nea church dedicated to St. Mary was erected here. The abbot of this church, one of the largest in the empire, was Hegumen Constantine, mentioned in the inscription.