Extinct animals in comparison with modern 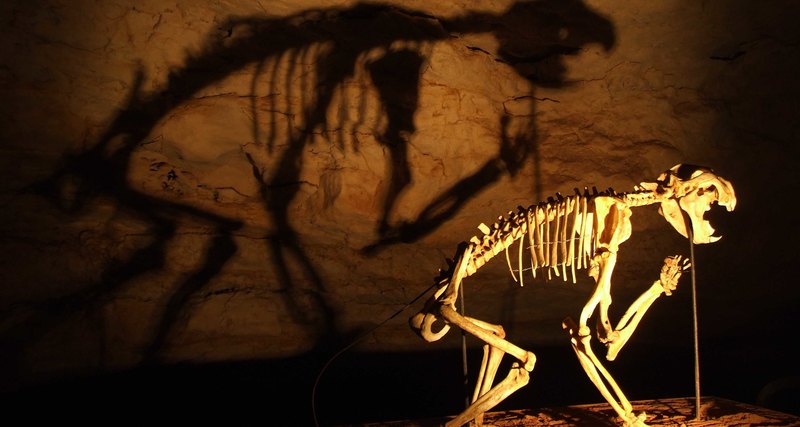 Giant penguins, pigs, lenntsy, battleships, turtles, crocodiles, wombats and thunderstorms of seas-megalodons long ago left the planet. All of them were a person’s height, or even more. And only modern whales are more than all their prehistoric ancestors – and most of all ever lived and living animals.

Most of the giants depicted in this picture appeared in the Pleistocene epoch, about 2.5 million years ago, and died out roughly the time when they first encountered representatives of our species. Coincidence? Many scientists do not think so. Giant sloths of a megateria were growing from an elephant, settled for two million years throughout South America and experienced several ice ages. They died out 11 thousand years ago, when the continent was inhabited by people. Three-meter South American battleships of glyptodonty were encased in a bone carapace and armed with a heavy spiked thickening at the tip of the tail, and died out … also 10-12 thousand years ago, and in the same areas. In the extinction of the three-ton diproton, giant marsupials, the first Australians are suspected. But monstrous alligators, penguins and enterolondons have died out precisely not through the fault of man, many millions of years ago. 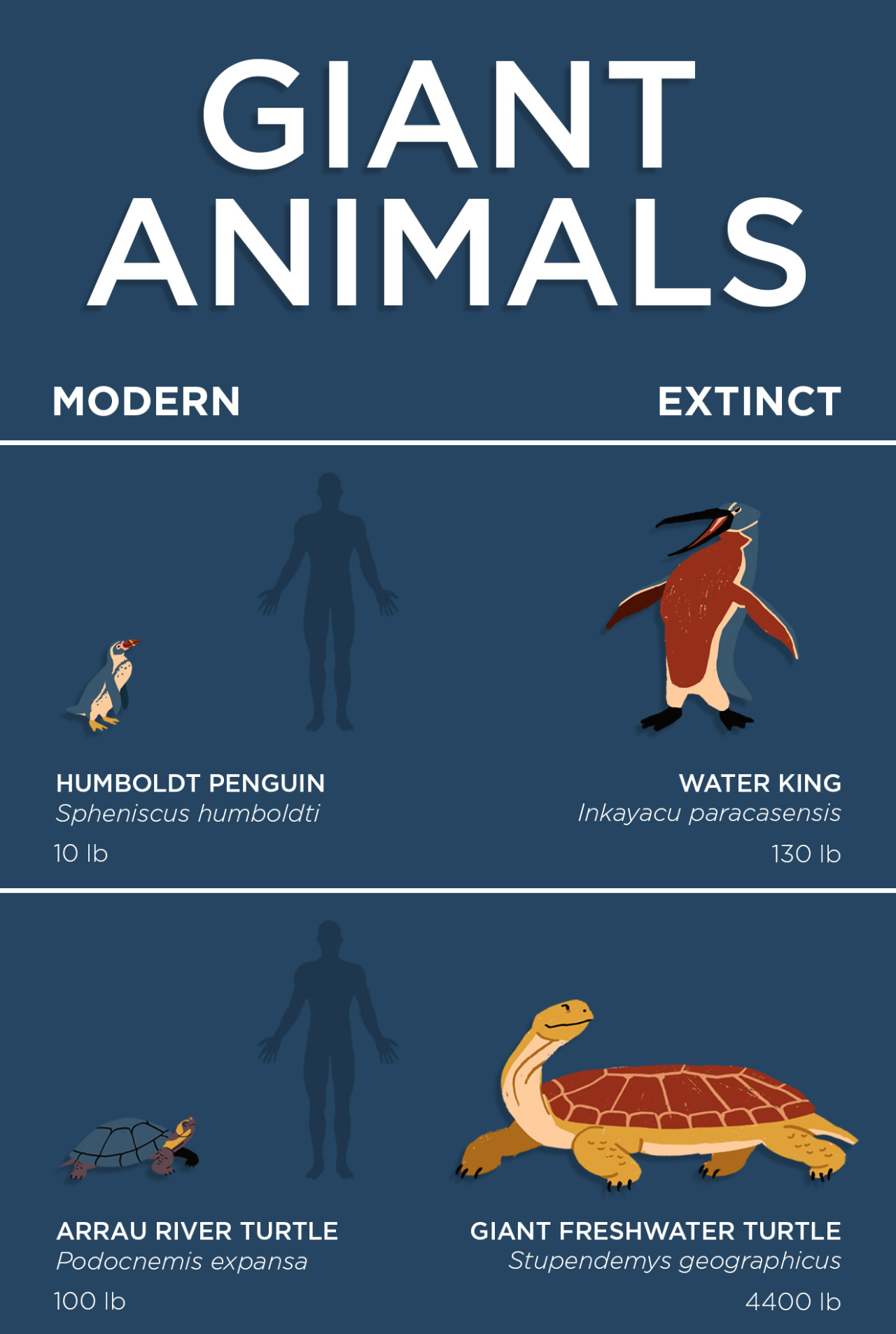 The height of the person given for the scale is 180 cm. 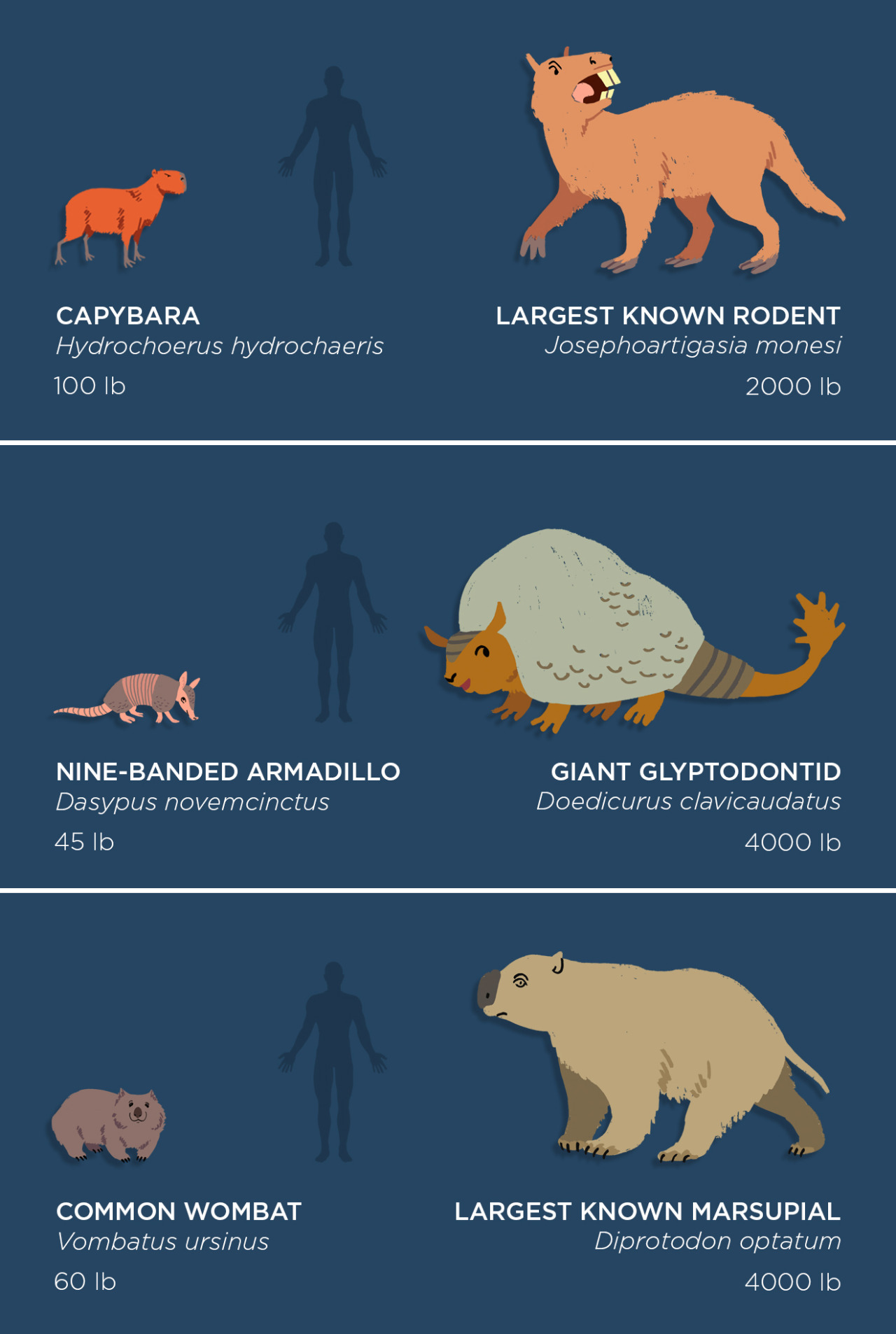 On the left are depicted modern descendants of extinct giants. 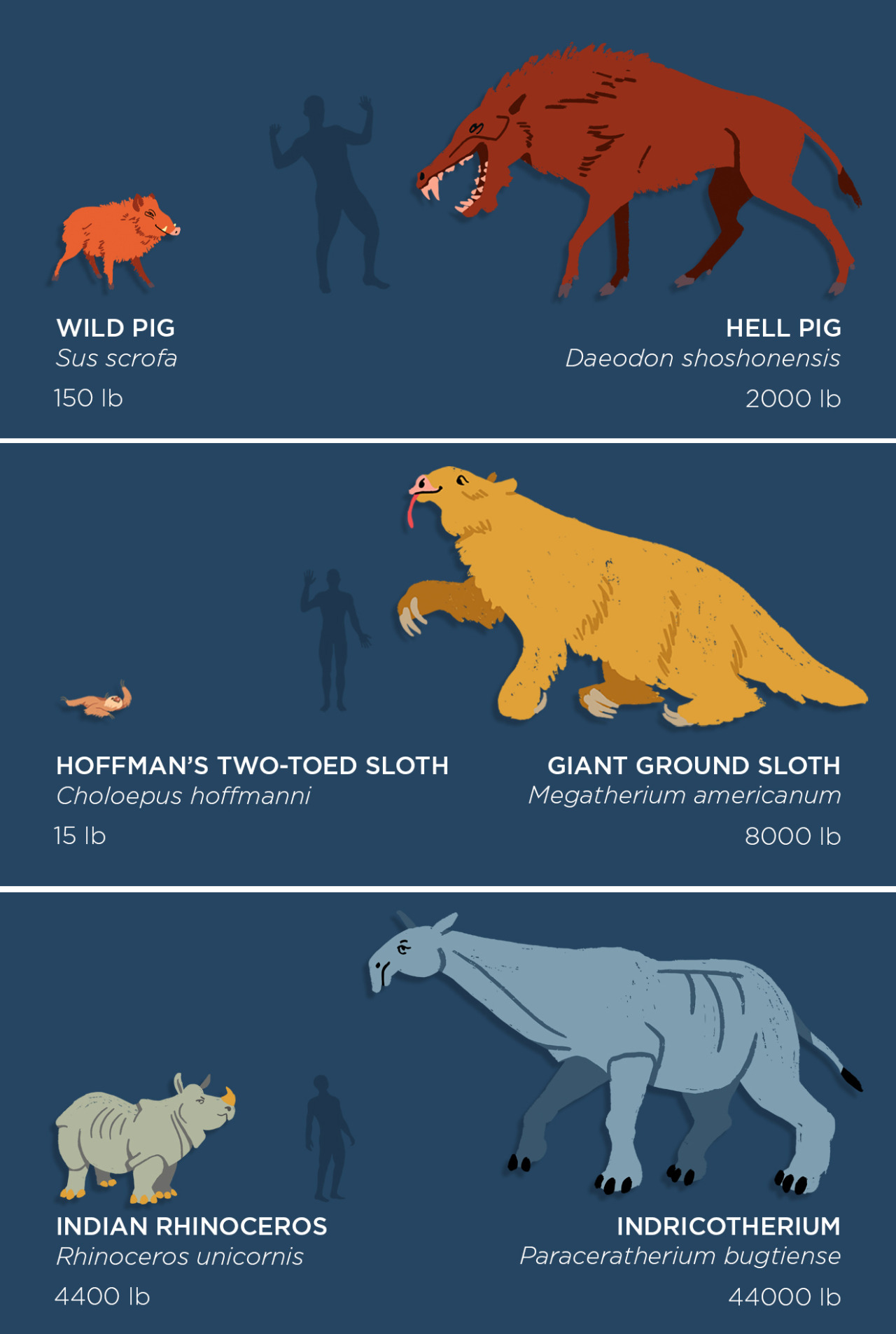 The blue whale is much larger than all the cetaceans that have ever lived.