Ferocious dinosaurs are not growling, and cooing like doves 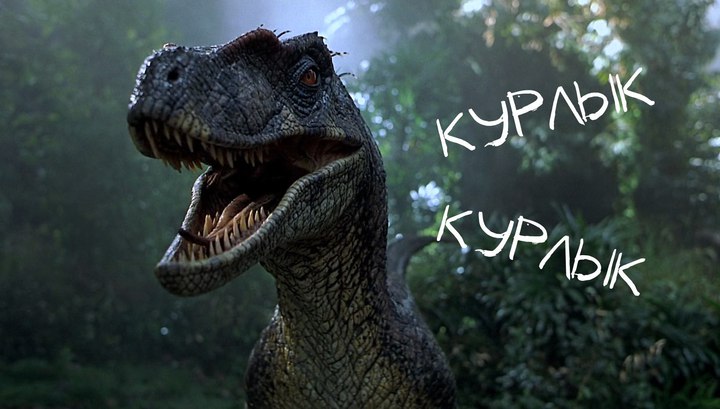 I’m sure many remember the epic scene from the movie “Jurassic Park” with a ferocious roaring dinosaurs. Now we can say that the Directors of this and other blockbusters on fossil creatures made mistakes.

A study conducted by researchers from the University of Texas, showed formidable dinosaurs don’t actually roared, but was making very cute noises, like the murmur of animals and cooing birds.

Such conclusions were made after a careful study of the vocal apparatus of birds and the different sounds they make.

It is known that modern birds produce sounds in a unique way – through the skin in the neck area. The beak may not open. This process is called vocalization with the mouth closed, and the people – cooing. They, for example, are fluent in pigeon – they are usually “pushing” the air, the result of which is that sound.

Ornithologists have researched the 208 species of birds are descendants of archosaurs, dinosaurs and pterosaurs, and identified 52 species, which are characterized by the extraction of sounds with a closed beak. The study showed that in the entire history of the existence of archosaurs technique cooing changed at least 16 times, and these sounds are uttered only animals at least the size of a dove.

Ornithologists believe that the cooing could be the basis of the voice alarm ancient reptiles. Most likely, it was rumbling and buzzing sounds that were used, including the search for the second half (below this kind of sounds like an ostrich).

The watchers are going to continue to study, combining data about the physiology of ancient terrible lizards, paleontological and genetic findings, and results of the sound modeling will help to more accurately determine what sounds dinosaurs made.