Five civilizations killed by their own fault 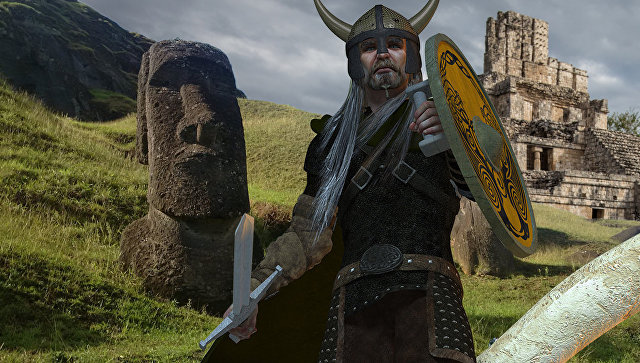 Empires collapse not only from the invasion of barbarians or internecine wars for power. According to a number of studies, some developed ancient societies disappeared from the face of the Earth due to environmental problems – air pollution, deforestation and soil erosion.

An international team of scientists has studied hundreds of fossil animal bones found in Ireland and concluded that biochemical cycles in the soil (including the nitrogen cycle) were disrupted even in the Bronze Age, about three thousand years ago.

Excess in the bones of 15N nitrogen isotopes indicates interference in human natural ecosystems. At the end of the Middle Bronze Age, the content of this substance in the soil increased sharply and never fell to the original values.

In the wild, nitrogen accumulates in the ground and is removed from there permanently, providing a balance. Ancient tillers, deforesting, planting plots with cultivated plants and breeding livestock, broke this delicate balance and completely changed the soil ecosystems of Ireland. According to the authors of the work, the results of the study can be extended to other regions of the world. It turns out that people changed their nature for themselves several centuries earlier than previously thought.

The severed forests of the Maya Indians

It is the violation of biochemical cycles and, consequently, the depletion of soils that contributed to the disappearance of the Mayan civilization, American and Canadian geologists are sure. Analysis of organic sediments from the bottom of the Chichanakab, Salpeten and Itzan lakes in southern Mexico showed that the transformation of the Maya villages into the first major city-states was accompanied by intensive deforestation of tropical forests under arable land and, consequently, soil degradation.

Scientists suggest that the soil of the jungle, where they sowed corn and other crops, did not have time to recover, so the Indians had to destroy more trees and throw old fields.

Deforested soils were destroyed, some trace elements were washed out. These irreversible changes made the Maya lands infertile, which led to famine and political instability. In the IX century AD, people left most of the Mayan cities. 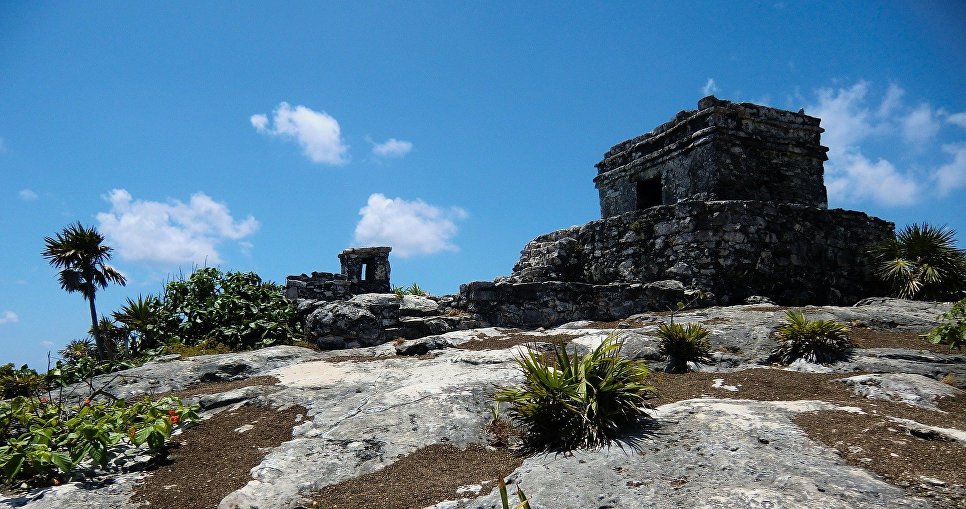 Ruins of the city of Tulum on the Yucatan peninsula, Mexico

Idols instead of animals

A similar story happened on Easter Island. Due to massive deforestation, wind and rain erosion of soils began, which is evident from the increase in the amount of metal ions washed out of the soil in sedimentary deposits. The consequences were not long in coming: raw materials – forest wild edible plants dried up, the yield of cultivated cereals fell. Terrestrial birds disappeared completely, and the species diversity of seabirds decreased almost threefold. The lack of resources led to a war between the tribes, increased social inequality, the emergence of the famous stone statues of moai and the mass extinction of the population.

Studies of the soil and foundations of buildings remaining on the island demonstrated that when it was inhabited by people, the land was not a barren desert, there was a subtropical forest with tall trees and shrubs. The forest began to be cut down, most likely, around 900 AD. By the XX century on the island there were only 48 plant species, the largest of which, toromiro, is not more than two meters. The rest – low ferns, grasses, sedge and bushes.

As the evolutionary biologist Jared Daymon notes in the book Collapse: Why Some Societies Lead to Prosperity and Others to Death, the islanders had no external enemies, because they were isolated and had virtually no contact with anyone. There is no evidence of climate change during this period either. The disappearance of the Moai culture is a purely ecological catastrophe, in which the inhabitants of Easter Island themselves are to blame. 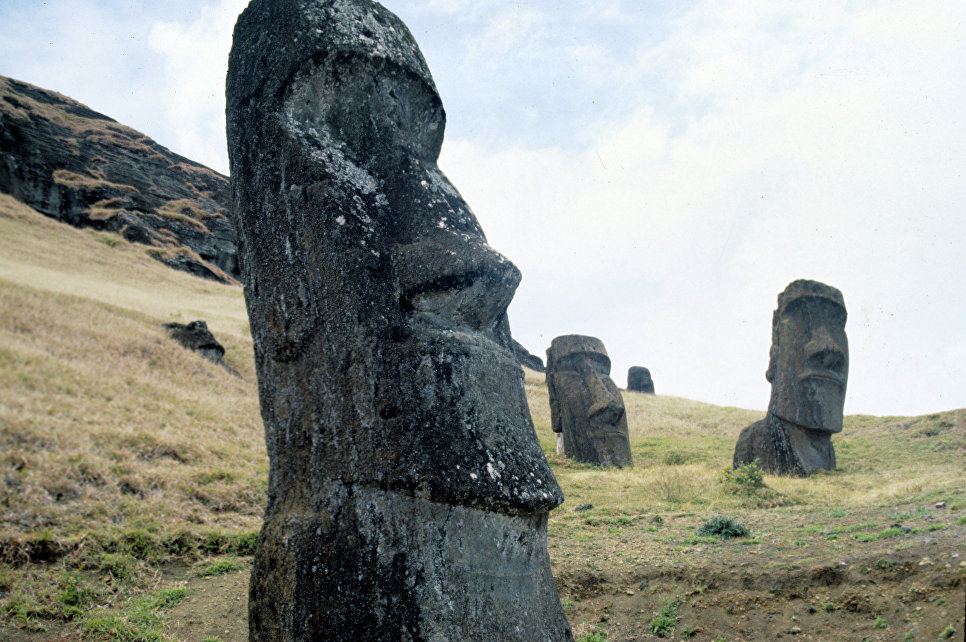 Instead of building boats, the inhabitants of Easter Island used a large amount of wood to transport moai statues, which effectively deprived themselves of the seafood and the opportunity to leave the island

Destruction of the green island

The Vikings, who colonized Greenland in the 10th century, unreasonably spent natural resources and thereby brought the death of their community closer. For a long time it was believed that the descendants of Eric the Red left the island because of climate change. When the Vikings landed in Greenland in 986, the average annual temperatures in Europe were quite high. Four centuries later came the so-called small ice age, which provoked famine and mass death of the population.

However, the analysis of the samples of the Greenland glacier, conducted in 2015 by American scientists, led to the conclusion that there was no warming in the X-XIII centuries in those places. In the tenth century it was as cold as in the fourteenth, when the last Vikings left the island. Therefore, the theory of sharp climate change hardly corresponds to reality. 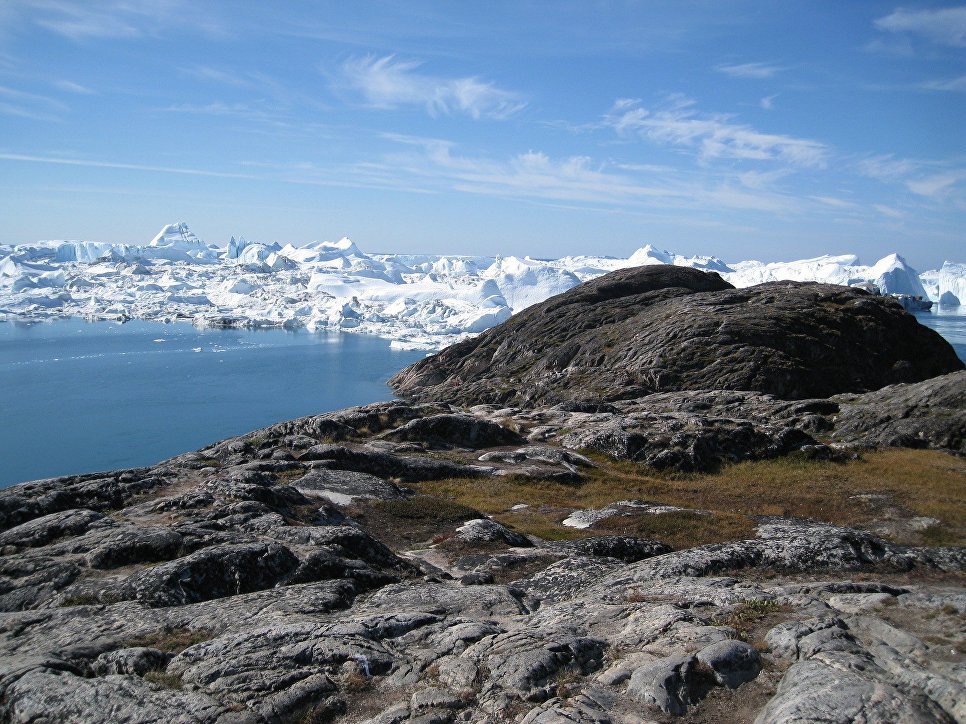 According to Jared Daimon, the warlike Scandinavians suffered a setback in Greenland due to a combination of several factors, but mainly because of the consumer attitude towards natural resources. A study of lake bottom sediments showed that the Vikings burned forests to pasture for cattle, cut off the turf for construction and heating. Soils, devoid of vegetation, were destroyed. The Scandinavian population of Greenland disappeared completely – thousands, exhausted by hunger, died in wars and riots, thousands left, and there was no one left of Eric Red’s descendants.

Everything can be corrected

The described environmental problems are deadly to civilization only if the population does not want to adapt to changing conditions. Vikings Daimon contrasted the Inuit who lived in Greenland at the same time. They built houses at home from snow and ice, heated by fatty seals, and ate mostly fish and sea animals.

According to zooarchaeologists, the ancient Egyptians contributed to the fact that wild animals disappeared in the Nile valley, but managed to adapt to it, increasing the share of cultivated cereals in the diet. As found out by researchers from the University of California in Santa Cruz, the Universities of Sao Paulo and Bristol, for the past four thousand years of the 37 large mammals that lived in ancient Egypt, to this day lived only seven.

Scientists emphasize that now the ecological situation in the Nile valley is particularly unstable and it is very easy to break it. The loss of one or two species of animals can provoke a new ecological catastrophe.