“Flying saucers” of the Third Reich 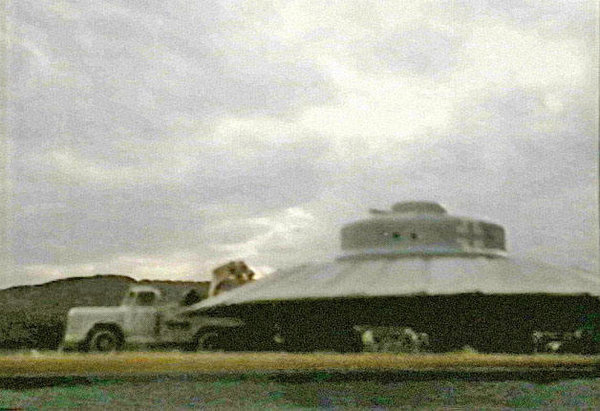 One of the SS units was commissioned to find and develop alternative sources of energy to save the Third Reich from the deficit of liquid and solid fuels.

In 1939, this group succeeded in developing a revolutionary engine, it was an electromagnetic gravity installation that included a Hans Kohler energy converter connected to a Van de Graff range generator and a Marconi vortex engine. It was invented to create rotating electromagnetic fields that could lift the device into the air without any obstacles.

It was called the Tachinator-7, and it had to be installed in a disk-shaped aircraft, built by Thule.

In 1935 the “Thule Gesellschaft” society searched for an inconspicuous place to test the ship. In northwestern Germany there was a place called Hounerburg, where a polygon was subsequently created. The tests were encrypted as a military product, called “N-Herat”

In 1939, for military reasons, the name was shortened to Haunebu and briefly referred to as RFZ-5.

Initially, two Haunebu I prototypes were built, their diameter reached 25 meters, the crew was up to 8 people, and the incredible initial speed was 4800 km / h. Subsequently, when the engine was upgraded, the speed rose to 17,000 km / h.

The device could stay in the air for up to 8 hours. To avoid huge overloads and temperatures, a special plating was created called Victalen {frozen smoke} which was developed for Vril models in the 30s.

On the early models, a rather large 60 mm experimental cannon – KKS (KraftStrahlKanone, a beam gun) was hung. There was an assumption that the beam from this weapon was a laser, but the information is not accurate. The Germans called it the weapon of an “anachronism” – not belonging to that period of time or irrelevant.

When Vril 7 was shot down by the Russians in 1945, a similar weapon was found on the belly of the plane, but it was destroyed in the accident. On the site were found strange metal balls and tungsten spirals, weapons could not be identified. On the operation of the weapon it was assumed that the connected balls formed a cascade of oscillators that were connected to a long trunk wrapped in rods wrapped in a precision tungsten spiral, or a coil to transmit powerful energy suitable for punching up to 4 inches of armor. The gun was very heavy, the installation strongly destabilized the ship. 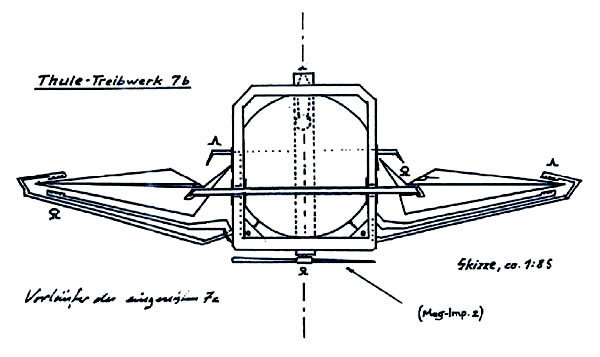 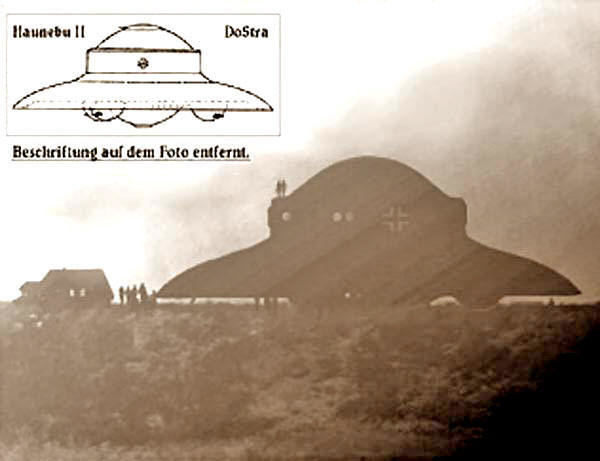 For the first time Haunebu I took off in 1939, and both prototypes made 52 test flights. After the success, in 1942 the Germans built Haunebu II, which had a diameter of 26 meters and was ready for testing. The flying saucer developed from 6000 to 21,000 km / h, the crew was up to 9 people and the flight time reached 5 hours. Subsequently, in 1943-1944, a 32-meter Haunebu II Do-Stra was constructed, which carried out 106 test flights.

By the end of 1944, two prototypes of Haunebu II Do-Stra were built and improved, which meant “stratospheric aircraft.” These huge plates reached a height of several floors, and the crew was 20 people. They were also capable of hypersonic speeds of over 21,000 km / h. The SS was going to start the production of cars in 1944 / early 1945. However, the end of the war prevented the serial production of plates.

It was believed that by the end of the war, the Germans had built another prototype reaching 71-meter in diameter-Haunebu III. The crew crew was 32 people, the speed of the ship could exceed the mark from 7000 to 40 000 km / h, and the flight time reached from 7 to 8 weeks. It was planned to use this ship for evacuation in March 1945.

In the plans of the SS there was also a 120 meter version-Haunebu IV, but whether this device was built or not, it is not known.