Forests in the Amazon had been even during the ice age 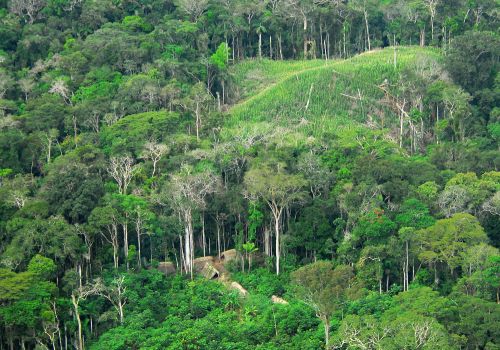 An international team of researchers found evidence that the Amazon does not become a savanna during the last glacial period, and remained wooded.

In an article published in the journal Nature, the researchers describe how they took samples of stalagmites from caves located in the more arid parts of the Amazon lowlands and was able to use them to calculate how much was dry in this area during the last glacial period and what plants grew here at that time. Such information can be extracted for the analysis of oxygen isotopes preserved in stalagmites.

Scientists have long been arguing how Amazon survived during the last glacial period. Some, for example, argued that the rain forest is completely gone because of the lack of rain. Others say that the forests are preserved by the factors that we don’t know yet. And the new data support the latter viewpoint

The researchers went into the cave paraíso, located in the arid area of the Amazon lowlands receiving less rain. There they found seven stalagmites and examined the isotopes of oxygen. According to him, they found that precipitation on the site was two times the niche than it is now (42%), but the area around was extremely wooded.

Scientists have suggested that the reason was that then there was the temperature lower as a result of this reduced evaporation.