Found a Mayan structure for negotiations with supernatural power 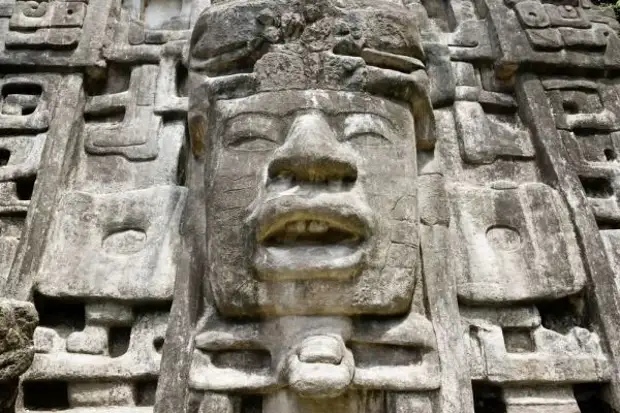 Scientists at the Smithsonian Tropical Research Institute (STRI) working in Guatemala have found evidence for the ritual significance of the classic Maya pairings. They found a structure the likes of which had never been found in Mesoamerica.

Archaeologists visited the city of Ksultun, where an ancient bathhouse was found earlier. She received the name Los Sapos. Scientists have known for a long time that the Mayans built a kind of steam room – their baths, according to their principle of action, were designed for profuse sweating.

These baths were believed to have religious significance. They were also sent here for treatment, brought women in labor. However, new research showed that the importance of such structures was even more important. The fact is that the Los Sapos bath, dating from the early classical period (250-550 AD), turned out to be unlike any other ancient Mesoamerican bath.

The researchers concluded that this was not just a place for direct dialogue with the gods. The Maya considered this bath itself an amphibian goddess. Outside, near the entrance to it, scientists found an image of this little-known deity. The goddess is depicted squatting with legs on which iguanas and reed toads sit.

“No other structure in Mesoamerica – a bathhouse or anything else – is like this building,” says STRI archaeologist Ashley Sharp. “It seems that when someone entered the front of this building, they thought they were entering a goddess- the amphibian that personified this bath. ”

According to lead author of the study, Mary Clarke, the name of this goddess remains undeciphered, although it is written next to the image. Preliminary analysis of the inscription led scientists to speculate that this goddess was responsible for the cycles of pregnancy. The connection between the ideas of the birth of children and the figures of reptiles is often traced in the Maya of the classical period.

She also noted that the Los Sapos Bath has been actively used by the Sultun community for about 300 years. But then something important and frightening happened. The fact is that in the “doorway” archaeologists unearthed the remains of an adult man who was buried there around 600 AD.

The analysis showed that after that no one used the bath for another 300 years. Only three centuries after the funeral, someone re-entered this structure. Interestingly, this person or several people had a strictly defined goal – they dug out the burial and took with them part of the remains.

The rest of them they put in another place, and in the vacated grave they lit a fire. Subsequently, they repeatedly put various offerings to the gods in this grave. Dogs, birds, reed toads and iguanas were sacrificed. Archaeologists found the remains of a child in this pit, as well as numerous stone tools and ceramic shards.

“Archaeologists often find clusters of artifacts that were probably dedicated to places of worship, but rarely is there such an obvious connection between artifacts and objects,” Sharpe says. “From the image on the outer wall of Los Zapos, we know it was a ‘steam room’ “It was a rare occasion for us to associate offerings with the role that this structure played in the life of the community.”

According to the authors of the work, the offerings were probably an attempt to seek help from the goddess, personifying Los Sapos. Moreover, it could even be the last attempt to please a supernatural being and prevent the loss of their lands, which were abandoned shortly after the Mayan collapse in 900 AD.

“This supernatural figure is the fierce embodiment of Earth,” Clarke concludes. “When she is unhappy, she can take revenge or deny people the things they need to survive. they negotiated with this goddess for their survival. “