Found collection of brains of victims of the Nazis 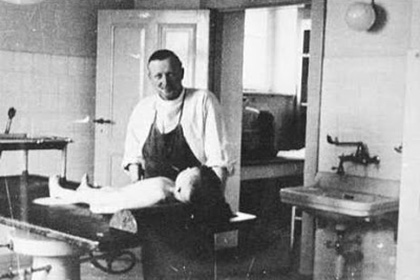 Dozens of brains and their parts was discovered during the reconstruction of the Institute of psychiatry max Planck Society in Munich. The remains belonged to victims of the Holocaust and the Nazi experiments that were conducted in order to “improve the human race.” This is the website Gizmodo.

According to representatives of the Companies, of the brains were kept in the collection of Julius Hallervorden, German physician and neuroscientist. He was a member of the National socialist German workers ‘ party and head of the Department of neuropathology, Institute of brain research, the Kaiser Wilhelm (now the Institute named after max Planck).

Preparations were made from brains extracted from executed prisoners and the mentally retarded. Given that biological material Hallervorden also received from Josef Mengele, another German physician, known violent criminal experiments on prisoners, it is likely that the samples of the brain belonged to victims of the Holocaust.

Currently, the staff of the Institute are studying samples to see if it is possible to understand, who they belonged to, and to determine the manner of death. Then the remains will be buried in a mass grave.