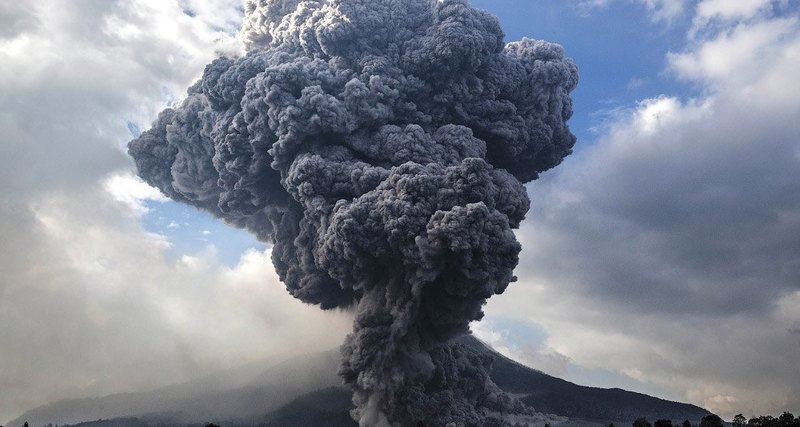 A group of geologists investigated the soil in different parts of the world and found evidence that 200 million years ago a monstrous cataclysm destroyed more than two-thirds of all living organisms on Earth.

People control the Earth in the present, and their influence grows every year. But when it comes to the history of the Earth, our dominance is just a moment of tyranny built on the remains of majestic animals that lived on the planet millions of years longer. From algae and trilobites to colossal dinosaurs, evolution has come a long way through the ages.

Dinosaurs are one of the most iconic groups of animals that inhabited our planet, and they achieved this status not because of the blind case. In a study published in the Proceedings of the National Academy of Sciences, scientists analyzed six plots of land around the world and measured traces of mercury deposits between volcanic rock layers. As a result, they found an excess of mercury in 5 out of 6 cases, which supports the long-standing theory that mass extinction of animals at the end of the Triassic (about 200 million years ago) was caused by volcanic eruptions. It is this cataclysm, which destroyed most of the protodinozaur rivals, and allowed the latter to occupy a dominant position on Earth.

The scale of the disaster strikes: according to experts, it destroyed 76% of all species and thus gave the chances of the remaining to seize the territory. Geologists have previously had evidence from Morocco, Greenland, Argentina, Canada, the United States and Great Britain (which some hundreds of millions of years ago were still a single continent), according to which a strong volcanic activity led to the emergence of a vast territory lava. The eruptions, apparently, were of an impulsive nature, and this means that instead of one large there were many small, but still deadly. Perhaps, it is these numerous rifts and cracks in the crust that led to the fact that the supercontinent Pangea fell apart.

However, it does not seem that it was lava that caused the mass extinction of species. What was more terrible was a series of serious ecological changes that resulted from volcanic activity and caused serious damage to the population of marine invertebrates, crocodile-like reptiles and corals. Previous studies have linked the timing of volcanic eruptions with changes in the environment (peaks of carbon dioxide levels), which may have caused the disappearance. The eruptions were so large that probably a large amount of gas was released in the process, including gaseous mercury accompanied by carbon.

Even today, volcanic gases often contain mercury vapor, and forest fires also release them into the air. Accordingly, an elevated level of mercury indicates that a huge amount of gas has been emitted into the atmosphere. Other parameters also confirm the fact that at the end of the Triassic period volcanic vapors were released into the atmosphere for about 200,000 years. Hundreds, thousands of years with climate change on a global scale, not to mention volcanoes erupting lava for a total area of ​​about 4.2 million km2, and resulted in the death of 76% of all species. The survivors adapted, grew and developed until finally a huge asteroid put an end to their rule, freeing up space for mammals. Perhaps one day our time will come to an end, and mankind will be forced to give up the throne to those who are more viable than us.