Found in Peru skeletons told of the terrible ancient ritual 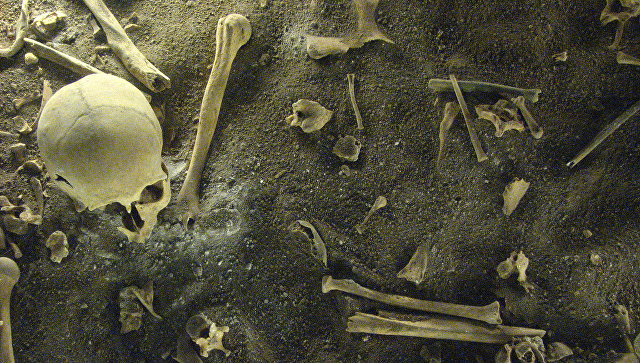 Archaeologists have found on the Peruvian highlands Pakopumpa burial with skeletons of people several thousand years old, who died, apparently because of an unusual religious ritual.

Scientists have found traces of injuries of varying severity on bones of 3,000 years old. In addition, many of the people died after numerous blows to the head. Specialists found that the reason for this was “ritual beating”, which is uncharacteristic for the peoples who inhabited South America 3-5 thousand years ago.

Given the archaeological context (the remains were extracted from ceremonial practices), as well as the distribution of trauma among both sexes and the lack of protective structures, it is likely that rituals, not war or attacks, were the causes of injuries, “says the research team led by Tomohit Nagaoka. 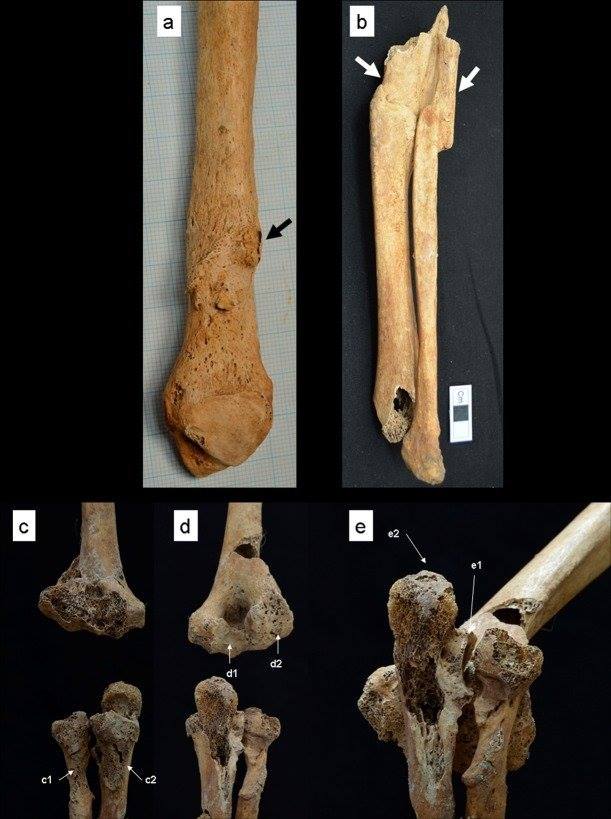 Traces of injuries on the legs, found in Pakopump

At the same time, archeologists are puzzled over the importance of ritual injury. Interestingly, in some cases, beatings were successfully healed, which means researchers believe that beating to death was not the goal of the rite.
In addition, archaeologists conducted a comparative analysis of the remains found in Pakopumpa with skeletons of people from some ancient Peruvian civilizations, for example Chinchorro, who lived on the Pacific coast from 7000 to 1600 BC. The injuries found on Chinchorro’s skeletons are “the result of a conflict,” not a ritual.
Another sign that the people found in Pakopump were killed by ritual injuries were traces on their turtles. “These types of injuries suggest intentional and repeated attacks, which were the cause (death), and not accidents,” – note the archaeologists. 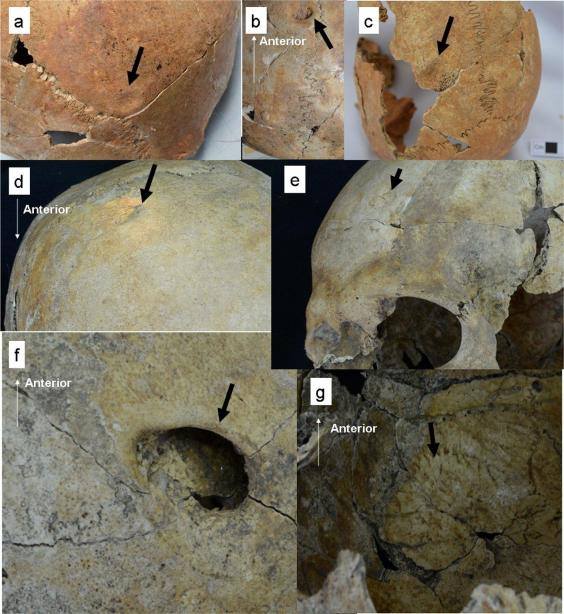 Skulls with traces of blows, found in Pakopump

Perhaps, as the researchers believe, with the help of such rituals, the ruling elite correlated itself with predatory animals in order to show the population its power. According to scientists, the opening in Pakopump will help to take a fresh look at the practice of human sacrifice and their place in the societies of pre-Columbian America.