Found in Turkey antidepressants which 1400 years 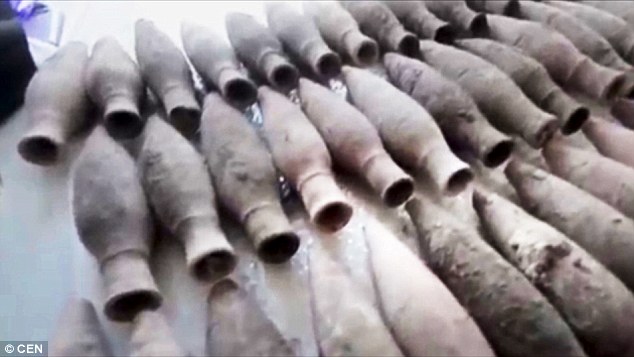 A group of archaeologists discovered on the shores of lake Kucukcekmece in Istanbul, perhaps the largest collection of ancient medicines in history. Due to the fact that the water level in the reservoir was sleeping during a drought, historians found nearly seven hundred tanks age 1.4 thousand years with the remains of drugs that help to beat depression.

Also, scientists believe that are found on the shores of Turkish lake drugs used to combat heart disease. The preparations were stored in small ceramic bottles.

At first we thought that we found about 400 tanks, but then, after gluing the shards, it turned out that almost 700, — said the head of the excavation, Sengul of Aydingun, adding that, in addition to bottle his team found a variety of pestles, mortars and spatulas.

Apparently, archaeologists stumbled upon the remains of an ancient workshop for the production of the drug. Scientists were able to identify the substances kept in the containers. It turned out that nearly 1.5 thousand years ago people were being treated, mainly by Metronom and phenanthrene. The first drug used as an analgesic, the second as an antidepressant.

After an inventory of the most part discovered on the coast of Kucukcekmece artifacts will go to the local museums.