Found in Turkey the city sewer system age of 2800 years 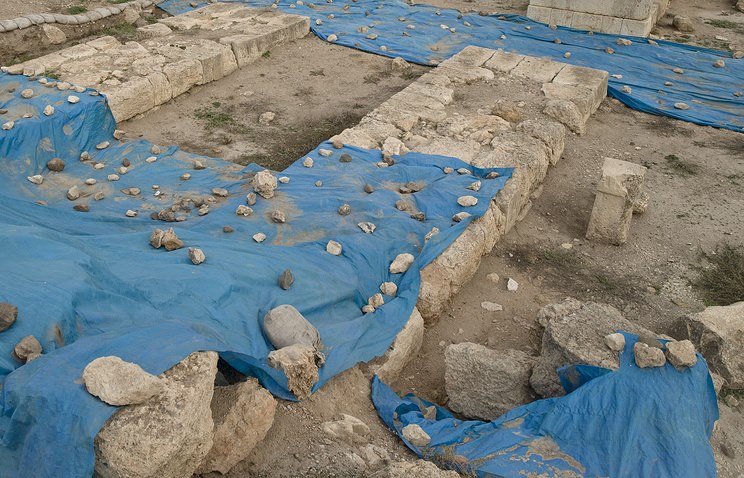 The ancient city sewer system, which was created in the days of Urartu, was discovered by archaeologists in Turkey. In the area of the historical monument – the castle Cavustepe – in van province, scientists had fully explored the gallery underground pipe drainage, built a few centuries ago.

Archaeologists who found in the place of a prehistoric settlement once fitted there are vineyards, fences, water reservoirs, temples and palaces, and revealed an extensive system of Sewerage with a diameter of one meter. It was built of carefully fitted to each other and permeated the urban area under the ground for a considerable distance at a depth of several cubits.

The inhabitants of Urartu have carefully considered where and what to build, – said Professor of the Department of archaeology of the University of the province Yuzuncu Rafet Cavusoglu, who heads the scientific expedition.

They erected all the buildings strictly in accordance with the project. When the inhabitants of Urartu embarked on the construction of this city 2800 years ago, they were guided by strict rules. It is very important to us. We are dealing with an engineering marvel. The inhabitants of Urartu were very civilized, their palaces were supplied with water sewage system, comparable in concept with the modern.

Castle Cavustepe is located at a distance of 25 km from the town of Gürpınar center of the eponymous district. The building consists of two parts – upper and lower, and they were both built by the Urartu king Sarduri II in 764-734 BC

In modern times in the ruins of the castle were discovered temples, towers, palaces, water basins, and hieroglyphics on the walls.

The state of Urartu was located within the Armenian highlands and existed in the VIII-VI centuries BC, at one time held sway over its neighbors in Asia. In the nineteenth century French archaeologists first discovered the cuneiform inscriptions near the shores of lake van in the territory of the former Ottoman Empire, is not in Assyrian, as originally suggested, and the Urartian language.