Found the “city of giants” in which Goliath was born 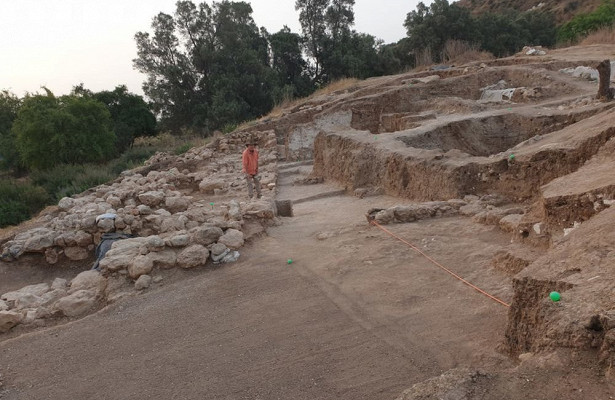 In Israel, archaeologists conducted a regular excavation season in the town of Tell es Safi and discovered the ruins of a giant city dating back to the 9th and 10th centuries BC.

According to the Jerusalem Post, the excavations were carried out in the ancient city of Gath, in which, it is believed, the legendary biblical giant Goliath was born, who fought with David.

Goliath was a warrior of the Philistines. Gath, along with Gaza, Ashkelon, Ashdod and Ekron, was one of the five Philistines of the cities that fell in 830 BC. from the troops of the Aramaic king Hazael.

A new study showed that Gath probably appeared earlier than scientists believed until now. It already existed in the XI century BC, that is, at the time of Goliath.
Excavations prove that Gath at Goliath was much larger than in the later periods of its history. Archaeologists also note unusual architecture – the buildings were monumental and very massive, and huge boulders were used as a building material.
The discovery is consistent with the biblical tales of giants like Goliath. According to Professor Arena Meira from the archeology department of Bar-Ilan University, no one has previously found archaeological evidence for the existence of giants.

“We didn’t find skeletons of the same size as the players of the National Basketball Association,” says Aren Meir. possibly culturally. ”

According to researchers, the descendants of the Israelites and the Philistines tried to explain the gigantic scale of the city of Gath by the fact that it was inhabited by giants.