Found the oldest bridge in Russia 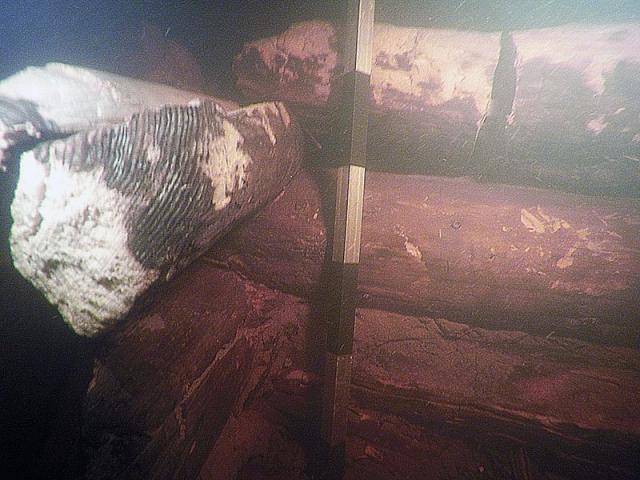 Russian archaeologists have discovered the oldest wooden bridge in Russia across the river. The construction was found during underwater excavations in the Volkhov River, the site of the Novgorod Museum-Reserve reports. Scientists suggest that the bridge connected the banks of the Volkhov in the middle of X century.

This hypothesis needs careful verification. Previously it was believed that the appearance of buildings here refers to the first third of the XII century.

Using the newest instrumentation system to study the bottom of the Volkhov River, archaeologists have identified the remains of a structure that crossed the channel between St. Nicholas Cathedral and the lost cathedral of Boris and Gleb.

Three samples, taken from the city cleared from the soil and scrap of the boulder boulder, were sent to the laboratory of isotope studies of the RSPU them. A.I. Herzen.

The study of the samples showed that logs are about 1060 years old. For dendrochronological dating, the samples are of little use, therefore, in order to be sure of the results, repeated analyzes will be carried out in other scientific laboratories. 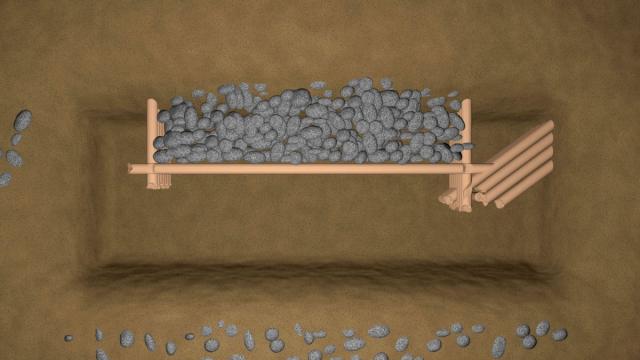 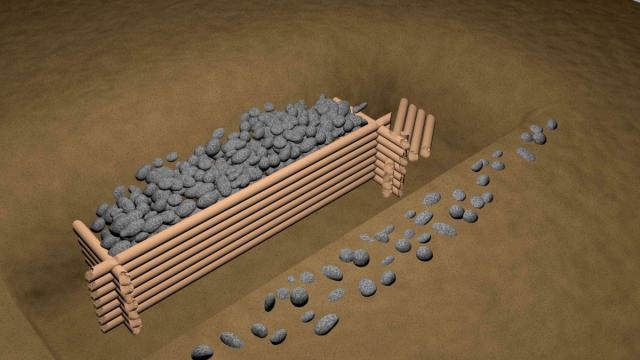 “We have materials from the Nerevka excavation site, where the earliest pavements of Velikaya Street are dated 953,” said Sergey Troyanovsky, candidate of historical sciences, advisor to the general director of the Novgorod Museum-Reserve. – This material testifies to the regular power of the streets according to a certain plan of the city, in which the bridge could already be inscribed.

The find also confirms the communication of the so-called Joachim chronicle, to which historian XVIII VN Tatishchev in a story about the baptism of Novgorodians: “In Novigrad, people who have told Dobrynya to go baptize me, preach the veche and vsetya vsi not to let the city and do not date the idols refute. And when they were a priidohom, they, dispatching the great bridge, confronted with weapons, and Ascha Dobrynya by the preference and lagging words of their luggage, both they did not hear hotyahu and higher than 2 great crossbones with a lot of stones, put on the bridge, as enemies have their enemies.

“Idosha mnzi, and not at leastchrischitis warriors warrior and cowboy, the men are above the bridge, and the wife is below the bridge”

The unsaved text of the chronicle in the retelling of Tatishchev was questioned in scientific circles. Now, according to researchers, there is another material evidence of its reliability.

The distance between the centers of the remains of the five viewed towers is about 22 meters, which presupposes the existence in ancient times of very extensive and complex spans of the bridge. Since the log house has not yet been identified flooring for boulder filling and horizontal connections, the question arises – how it was dipped to the bottom. Irregularly wide are the cuts of the “horned corner”, which worsen the hydrodynamics of the entire structure.

Cantilevered supports at times stronger than piles and probably served for a long time. However, archaeological finds were not found at the base of the log house. This may indicate the absence of trade on the bridge.

After the collapse of the frame, the quarry boulder overflowed and blocked the channel with a dam, apparently causing a lot of difficulties in shipping and the resumption of the bridge. Part of the piers, inaccessible for extraction, caused the shallowing, and four still rise above the river bottom. For this reason, the construction of the new bridge was moved 170 meters downstream. The bridge’s support structure has become a pile, at least in the first third of the 12th century.